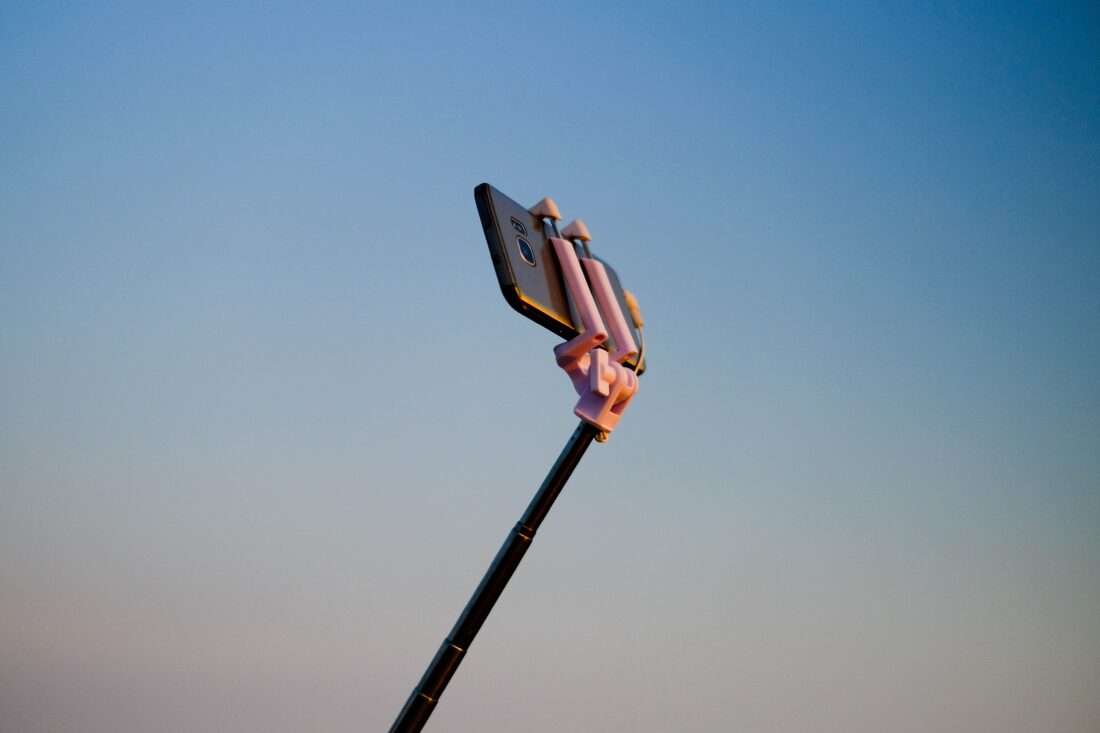 Brad matriculated into our writing program two weeks into March, which was unusual—like everything else about him. He purported to concentrate in creative nonfiction, hinting at all these “wonderful antidotes about his crazy life” he had, but he never shared them with us, even after we plied him with strong drink.

He’d missed the first few weeks of the semester and never seemed caught up. Comments he made in workshop referenced topics covered ten minutes earlier, and he said things like “cranial sugar,” “synergismic,” and “Sublime Time!”

We never really knew what he was talking about. But this was Creativewritingland, where the water is always brackish and the sky is always on fire, where your heartbreaker has eyes the color of the sadness of a Tuesday afternoon, and every girl has blood running down their thighs for the first time, and every twisted batch of wiry objects is a skein. Where your voice smells like a file cabinet. It was Creativewritingland, so of course we pretended like we knew what he was talking about.

When he went up, he brought in a five-hundred line unbroken stanza, the first part of an epic poem he’d composed in his head over the past few years but hadn’t put down to paper.

“It is the first and only poem I’ve ever written,” he said, as we passed copies around. He’d fastened the sheaves of paper with old-fashioned bronze fasteners. He chuckled. “So please go easy.”

“But this is a fiction workshop, Chad,” Professor Beeblebobble said, not unkindly.

“Well,” he replied, his face reddening. “It’s narrative, in structure.” He looked at the tiles, scuffed from years of undergraduate weight-shifting and claw-scuttling. “Also my name isn’t Chad.”

Some of us were so curious about our new colleague that we began reading his work that night (rather than what we usually did, which was a half-assed skim twenty minutes before workshop), though the “poem” was so complex and abstruse the meaning nearly impossible to discern.

At the bar later that week, Buck T. confessed he couldn’t suss out the plot of said narrative, or if one even existed.

Angela P., the most argumentative, but honest, of our cohort, started out defending the work, but admitted she, too, was confused, and found the process of reading it very unrewarding.

“Issa about a selfie-stick, right?” Marty said, already slurring his words. He was a drunk, through and through, but still without doubt the smartest of our bunch. Perfect score on his SAT, pre-med at Harvard until he failed out and went to rehab. Found DFW and became a writer. Fell off the wagon a nine days into the MFA program.

We gave him quizzical eyebrow raises.

“Go on,” said Karyn, the girl with the typewriter tattoo.

“You know? One of those, like, long sticks you hold out in front of you so you can take a picture with your phone?”

“The father of the family buys one for holiday,” Marty said. He used British spelling and language in his work, all “humour” and “aluminium,” university instead of college, chips instead of fries, biscuits instead of cookies. He grew up in Cleveland, the jerk.

“I didn’t see any of that,” Buck said. He, too, had a badass literary tattoo, a black box quote on his forearm:

The shark swam out to his deepest waters and brooded in the old clean currents. He was very hungry that season.

The last lines of A Canticle For Leibowitz. A fuckin spoiler, the prick. And we’d been told there wasn’t any room for genre fiction at the inn.

“But the selfie stick is cursed,” Marty continued. “You guys really didn’t get it?” He hadn’t said it to be mean, or cruel, but with genuine surprise.

Around the table, we shook our heads. A mid-level program at best, we didn’t try to fool ourselves into thinking we were smarter (besides Marty), or more talented (besides Buck) than we actually were. Marty, despite his genius, wrote boring stories about smart white boys who drink too much and often fail out of elite colleges in the Northeast, and Angela – a more wretched stylist doesn’t exist – was a poor woman’s Sue Grafton, once submitting a fanfic about a sword-swallower called “X is for Xiphoid.”

Marty slapped the table. “Come on. The bloke buys a selfie-stick from a witch doctor in a secret basement parlor underneath a White Castle restaurant.” He stopped and looked around again. He was aghast. Or he was just good and drunk.

“Just finish telling us!” Angela said. “We obviously didn’t get it so just…” she trailed off, unable to implicate herself in the collective stupidity.

“Bollocks, okay. The bloke brings the selfie-stick home and the family drives to the Grand Canyon, making all kinds of stops along the way. A classic road-trip story, but with none of the National Lampoon hi-jinks.”

“More like The Road,” Marty replied. “And stop interrupting.”

“No worries. Anyway, every time he takes the selfie-stick out to snap a photo, something terrible happens. But nobody knows until they look at the pictures later, usually Katinka scrolling through—”

“And he does all of the driving, since Katinka is from Uzbekistan and doesn’t have a driver’s license yet. They have two small children, their ages never revealed but they’re in, like, elementary school. The first time Katinka looks through the pictures she sees, in the background, behind their family, a dog getting smashed by a bus. It is horrifying and she deletes the picture without saying anything. The second time, they’re standing in front of a placid cornfield and in the background, a figure has been tied to a post and crows are pecking its eyes out. Katinka first thinks it’s a scarecrow but she zooms in and realizes it’s a man, and he’s still alive. His mouth is frozen open in a rictus of agony, in fact. She deletes that one, too.

“The bloke — Holden, I mean — discovers the next terrifying picture, taken in front of the World’s Largest Haystack. In the background, again, something unspeakable is happening to a young girl, and Austin makes Katinka pull over to show it to her. She shouldn’t have been driving, anyway, but she needs practice for her road test. He asks her if she had noticed anything out of the ordinary when the family was outside, posing in front of the tourist attraction, and she says, no, of course not. She then reveals that she’d been deleting the other pictures, and Holden scrolls through all seven hundred pictures they’d taken that weekend and sees nothing out of the ordinary.”

Marty took a sip of his beer. “Damn, I’m knackered. This is quite a tale.”

“Please continue,” one of us said. “I’m actually quite interested.”

“Well, then Chad spends a dozen lines — it’s actually a rather daft, self-contained sonnet, now that I think about it — dwelling on Holden’s sad realization that he’s a poor photographer and his children are ugly.”

“Aw,” murmured Karyn, in a singsong.

“In any case, Holden is spooked and doesn’t bring out the selfie stick again. Finally they make it to the Grand Canyon, and of course out comes the selfie stick. It’s just too good of a landscape. The family assumes a nonchalant posture and Holden snaps the photo. He immediately whirls it around to look at the picture, Katinka huddling in close and peeking over his shoulder. In the picture is his family, smiling and happy, and the voluminous canyon behind them. Floating in the air is a black, wispy-robed creature, just inches shy of their son’s shoulder. ‘It is the Specter of Death!’ Holden whispers, and spins around just in time to see his son collapse. He runs over to his son, but the boy isn’t breathing. ‘Call 911!’ he screams, and tries, unsuccessfully, to revive his son. He isn’t a doctor, after all — though, now that I think of it, his profession actually is never revealed so, perhaps, he could be. An ambulance finally arrives, but far too late. In his grief, Holden hurls the selfie-stick into the canyon, and is arrested for littering.”

We all stared Marty, some of our mouths agape.

Buck swallowed the dregs of his beer, a cheap one. “Hey did you guys hear Rob made out with Jess at Meg’s party?”

On a scorching summer afternoon years later, we will all return to Creativewritingland for a reunion. Except Rob, who never fully recovered from the savage beating he took at the hands of Jess’s boyfriend the day after we discussed the Chad’s poem, and dropped out of the program shortly after leaving the hospital. It is a poor, provincial hospital, and they screwed up the reconstructing of his jaw; the few of us who kept in touch with him were saddened to hear his formerly dulcet voice, now all stutters and lisps. He’ll be selling crap real estate in Florida (puke!) and driving a pre-owned Ford Focus.

Jess got dumped by said boyfriend, but bothered her not at all. At the reunion she’ll tell everyone she still writes but her children and job keep her mighty busy. It’s more of a hobby than anything else now, she’ll say. She barely gets to read, let alone make time to write her own stuff, showing holograms of her two heinous toddlers.

Meg was a bitch and nobody liked her. Nobody cared what happened to her.

Buck got several stories published in very prestigious journals and was nominated for a couple of awards, winning none. He shot himself.

Angela published a Nora Roberts-style novel and landed on the bestseller list for two months straight, selling over one thousand copies in the first week alone.

Karyn became an adjunct professor and at the reunion boasts that she’s in her ninth year of teaching freshman comp for nineteen thousand dollars a year. She looks… unwell.

Marty, well, we all kind of knew what would happen to Marty, and it did.

The only other person in absentia, besides Rob, will be Brad, whom, it is determined after a brief survey, will have broken off contact after graduation. We’ll speculate on what happened to him — growing avocados in California, traipsing around Europe, telling lies in dive bars, is he still writing?

We went pretty light on him during the “Selfie Stick” workshop, all things considered. Nevertheless, he did cry. It was not a pretty sight.

Someone heard he’d rewritten the poem as a screenplay and got it optioned by Lionsgate Films as the basis for the eleventh installment of the Saw franchise, but it got stuck in development hell.

Oh Brad, what became of ye?