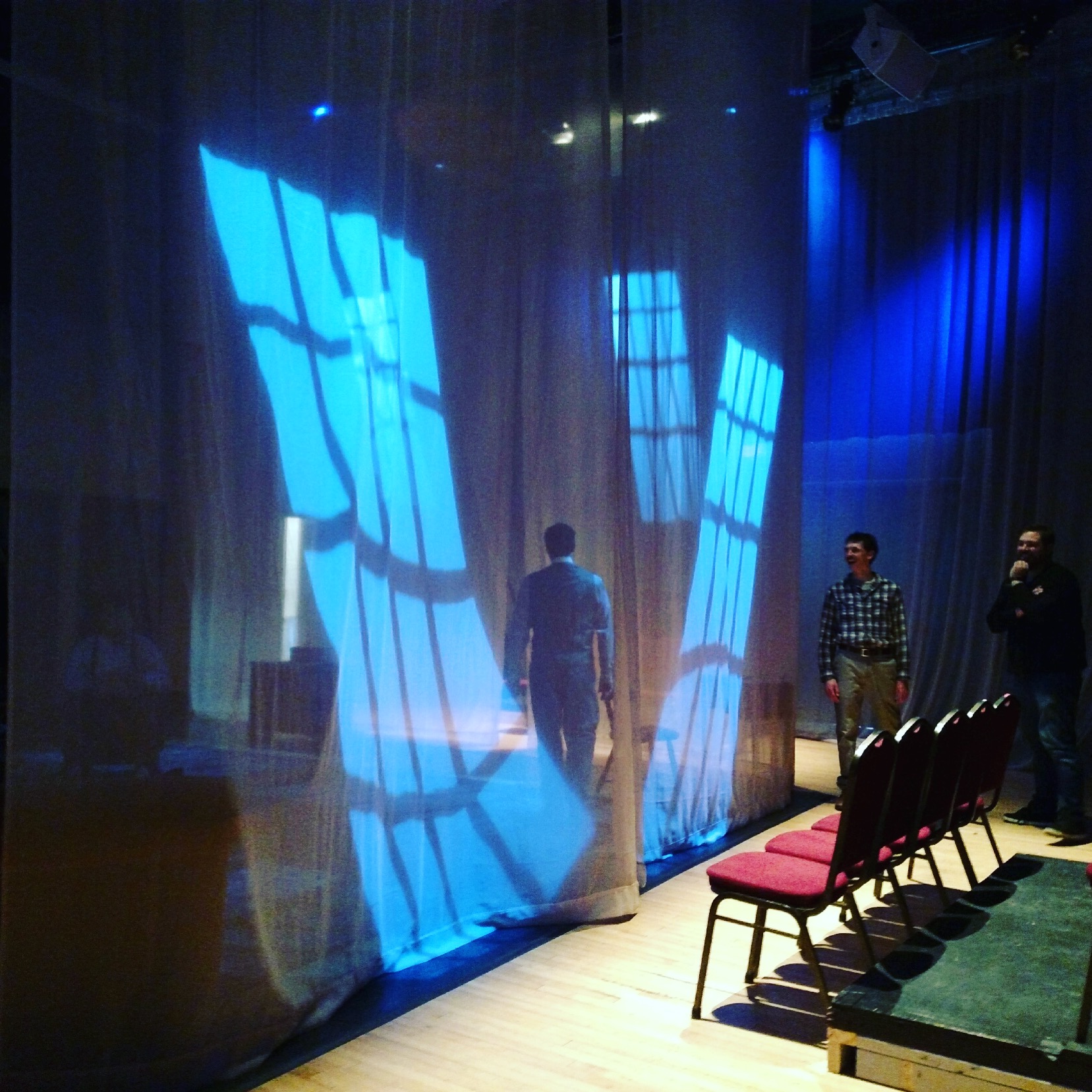 Recommendation: the perfect choice for reigniting your rage: shake whatever numbness from your hands, there is work to do. Read aloud with friends; declaim boisterously; reclaim your tenderness. No primer on Italian history necessary.

It has been a full year since I was made forcibly aware of the dominant fascistic element of American politics. The careful bandages of politesse loosened with age, became rags, before falling away entirely to reveal the mummified rot that now shambles about the public forum.

I have been grateful, this past year, for the friends and artists who push back against the bile, whose messy lives reek of resistance each and every day, and whose art and friendships have helped me struggle with the external strife and internal morass occasioned by these late seasons. The art of resistance has colored my idle thoughts like stained glass. This November, the work that has taken hold most firmly is Dario Fo’s Accidental Death of an Anarchist, a play that could be performed—should be, I’d say, if I felt I had the authority to make such a demand—in every playhouse in America, though it is neither contemporary nor particularly ~American~ at all.

On December 12, 1969, Giovanni Pinelli fell to his death. This sort of thing happens with tragic frequency, and this death would be of no more historical significance than any other were it not for a basic problem of classification: initially ruled a suicide, district judges were forced to revise that verdict as evidence piled up. In the end, they settled on the term “Accident”, in part because it implies that no one is to blame.

Pinelli fell from the fourth story window of a police station after being taken in as a suspect in what turned out to be a false flag bombing—one that resulted in the deaths of sixteen people in Milan.

In 1970, Dario Fo put Accidental Death of an Anarchist on stage. He used court documents, interviews, and testimonies as the buttress for a simple argument: to imply that no one was to blame for Pinelli’s fall was an attempt at covering up the murder of an innocent, if dissident, citizen by the police. This itself was not a one-off event, but demonstrative of a cycle of state violence, the only goal of which was to increase the powers of the state.

But the STATE…the State remains, still presenting corruption as the exception to the rule, when the system the State was designed to protect is corruption itself. Corruption is the rule.

But for all the contextual gloom and rage, the text itself is wildly, inescapably funny: vindictive vaudevillian slapstick, absurd escalations and misunderstandings, and wordplay as sharp as a butcher’s blade make a farce of power and intimate a kind of catharsis into the humor. The lines themselves, each a short, explosive catalyst, drive the dialogue forward at a manic pace. Reading the play at home, I snort and smile; seeing it on performed, I laughed myself to tears.

In the laughter there remains a sediment of anger.

Resistance is made flesh in Accidental Death of an Anarchist by a character referred to only as The Maniac. The Maniac is an actor at heart: his actual identity is buried deep beneath layer after layer of performance; the roles he assumes seem to be selected not out of self-interest but out of an insatiable desire for chaos. Throughout, he breaks the fourth wall, insults the production itself, and winks at the audience, playing in a way that is uncommon in most plays. He cavorts about the police station in a series of implausible disguises, assuming titles of authority and luring the officers into his trust, leading them to sing, dance, and make clowns of themselves—but leading them also toward confessions of their roles in the physical and psychological torture of the Anarchist and of their violence against innocent citizens more broadly.

I ought to warn you that the author of this sick little play, Dario Fo, has the traditional, irrational hatred of the police common to all narrow-minded left-wingers and so I shall, no doubt, be the unwilling butt of endless anti-authoritarian jibes.

The Maniac’s vitriol is disguised by wild slapstick, but while he is quite happy to let the officers hang themselves with the stories they spin, the Maniac is totally unwilling to let the police, nor the play, nor the audience, forget the subject at hand: the torture of innocent civilian, an attack perpetrated by a government on its own people. In short, the corruption of the State—which, he claims, is a feature, rather than a bug—and the essential insanity of such a system.

I first saw this play a month after Sandra Bland died in police custody. I was still coming to terms with the depth and breadth of the gangrenous racism that made toxic the lives of my countrymen in ways known and unknown. Any understanding of how deeply ingrained the violence of the state is was still on a far-off horizon, but the slow dawn of comprehension was cut short by this brutal and radical work.

The play’s clarion call—the insistence on the individual’s capacity to push back (hard) against a fascist state; the necessary farce of power—has only grown in volume and urgency the intervening years.

‘Histrionic mania’ from the Latin, histriones, ‘to act the part of’—my hobby, you see, the theater; and my theater is the theater of reality so my fellow artistes must be real people, unaware that they are acting in my productions, which is handy, as you see, I’ve got no cash to pay them.

A new character arrives in act II: the journalist. At last, we have a witness to these confessions, to the mania, to the absurdity of authority—now we have an analogue for the audience, though we might not recognize her as such right away. For she and we are chiefly witness-bearers, who cannot change what happens on stage.

But at the end of act II, Fo chooses not to tie up loose ends, presenting us instead with two possible endings: one in which the journalist sides with the police to capture the Maniac, and one in which she joins the Maniac in his flight from the law. The witness, who had been content to simply watch and pass judgement, is loaded with the responsibility of agency—there is no such thing as a bystander when one’s inaction enables fascism. Both scenarios are played out for us: if we choose compliance and complicity, what change can we expect?

And what if we choose anarchy and resistance? The Maniac is unpredictable—wild and mad—but perhaps is madness is inflected with notes of hope and wonder—perhaps there is, for all the danger, a little freedom there.

Have you the stomach for this?

And no, acknowledging your problems is not the same as addressing them. But if you’re going to break the fourth wall for laughs, might as well allow the characters to punch up at the highest authority in their universe!