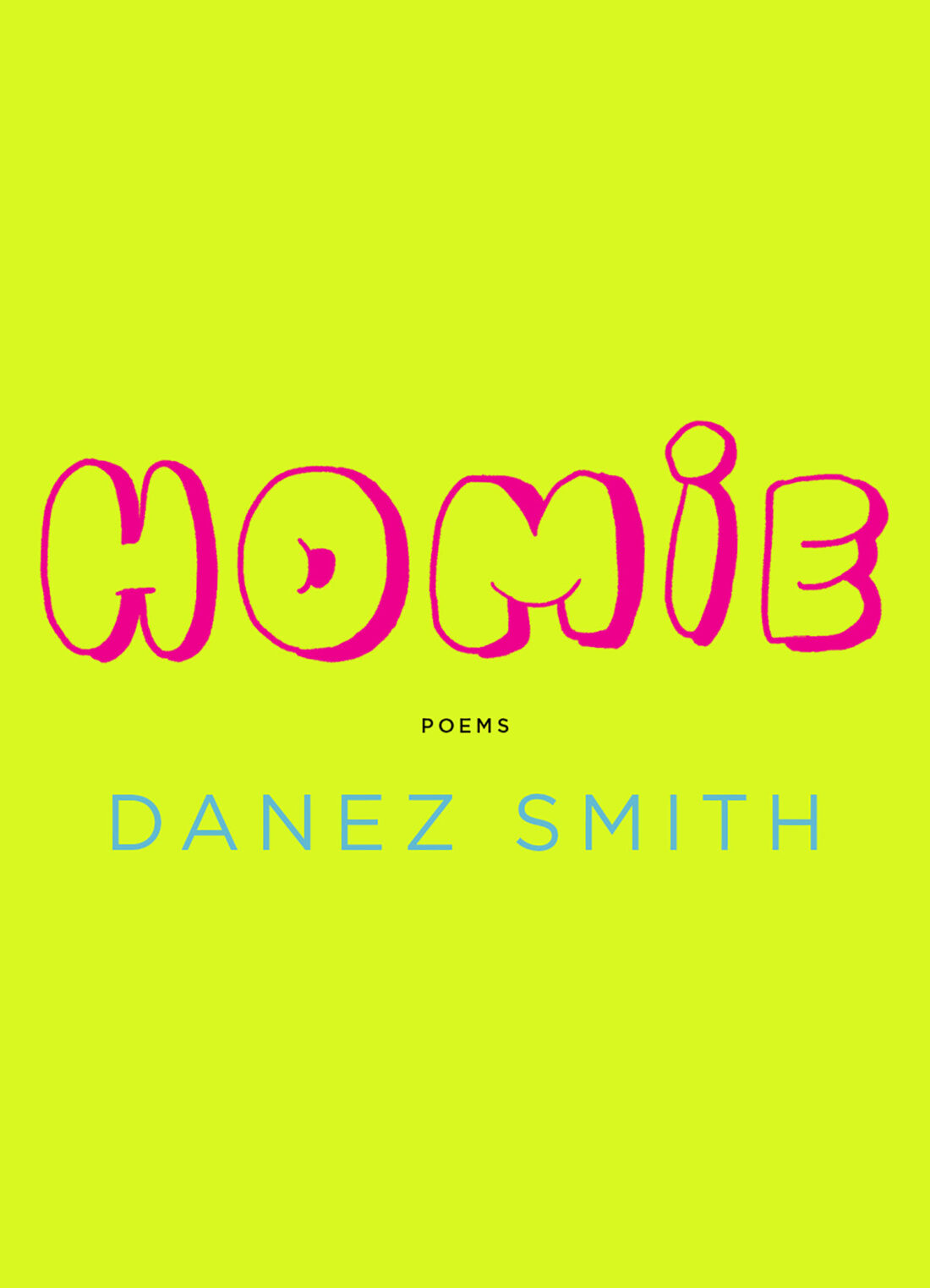 Poetry by Its Own Name: a review of Homie by Danez Smith

If the bait-and-switch of the title bothers you, this is not the book for you. The results of approaching this book far outweigh Danez Smith’s previous two collections in a way that completes the arc of an informal trilogy (the best ones are always informal) and in a way that solidifies Smith as one of America’s greatest living poets.

To begin, it may be helpful to go back to December 2015, when I went to the Poetry Foundation library and first read Danez Smith’s work, specifically their brilliant debut collection [insert] boy. As I read it in one full-throttle sitting, its manic and lyrical radiance tore a hole in my chest, and I knew I would look at neither poetry nor my own queer body the same way. However, if you had told me that in the span of the next five years, Smith would put out two more collections and that the third would by far be the most blazingly mature and focused of the three, I would not have believed you; I wasn’t sure how [insert] boy and then Don’t Call Us Dead could be topped. But then both happened, in succession no less.

The bait-and-switch of the title I referenced earlier is a pretty clear marker of both Smith’s body of work and of Smith’s black body, the two inextricably linked and cascading outward in various directions. It is also a reference back to Smith’s aforementioned [insert] boy, in that one could have imagined the younger Smith gleefully rejoicing at the white, cishet old guard of poetry speaking the name of their debut into the poetry community’s ether at wine and cheese parties. But with the differently titled Homie, Smith now seems to recognize the very real damage that can be done when one’s words are spoken by actors who act in bad faith, even in such an ostensibly righteous community as the one that supposedly supports poets.

Despite my initial laugh at the pre-dedication title-explanation, it would be not just a worthy talking point but also slightly tiresome, if the poems themselves weren’t brilliant. I think the poems themselves are brilliant. Unlike their previous collection, they take tropes more at face-value instead of dancing around them with the lyric. Now, this is not to say I didn’t like Don’t Call Us Dead, and more to say that that book always had a mission of subverting tropes and it succeeded often (as in the staggering opener “summer, somewhere”) but sometimes failed (the third section stretches its conceits too much on my reading). The result shone brightly most of the time but didn’t always – sometimes the larger scope and structure of the book had to do most or all of the work for the poems, be it through overextending present tropes to be subverted or making mountains out of poetic-critical molehills. Homie doesn’t bother to make those kinds of distinctions, and it is a vast improvement in that sense.

The poems are also more striking this time around, the most striking they’ve been since Smith’s debut. They are now more than ever unconcerned with poetic pretense and showing a good face – now they look to the future instead of using forms and tropes in an effort to subvert both (but more often than not just subverting one or the other). Homie is a scalding collection that wears its plainspokenness so much on its sleeve that one starts to look joyfully around for the tailor, until by the end of the poem Smith reminds you that the tailor is them, that it’s always been them.

The individual poems seem deliciously ambivalent to their sequencing in the collection writ large. This doesn’t mean the sequencing isn’t important in this collection – it just means it’s more organic this time around. It is an epic journey into a mind that doesn’t want to be explored and uses all the tools language can provide to put the reader at the necessary distance with which to comprehend Smith’s pain. In the poems’ newly untroubled existence as poems, the empathy inherent in Smith’s work from the beginning can take centerstage. Every poem works as a canny deployment of the various stages of development of a young black mind, and it is this righteous individualized litany of progressions that becomes the dominant theme of the book, almost against the book’s own will.

The poems gain their individual characteristics through common Danez Smith traits – the ample ampersands in “in lieu of a poem i’d like to say”, the concrete poetry of “saw a video of a gang of bees swarming a hornet who killed their bee-homie so i called to say i love you”, the well-placed sonnet crown embedded within the “for Andrew” sequence, or the double-virguled separated sequences “dogs!” and “on faggotness”. But now Smith is so adept at the forms they utilize that the results read like lyrical insight instead of lyrical overflow. The “dogs!” sequence flips over commonplaces about man’s best friend to make comments about expectations in both love and racial politics, while “on faggotness” turns a stutterstep rhythm into a weapon of power. And for how supposedly exclusionary Smith’s politics may seem to those with poisonous politics (i.e. those people wouldn’t be invited to the party, in Smith’s Twitter-lingo), they make it a point to make Homie about all of us right now, not just through the title-switch (which reads like a curious form of grace to me), but also by writing it into the poetry, as when “all of us who come from people who signed with x’s & yesterday made delicacy in the wrinkle of the fruit & at the end of my name begins the lot of us” (17) in their poem “in lieu of a poem i’d like to say”. There is often a moral responsibility exhibited at the end of the poems that illuminates the rest of the poem from within, as one reflects back on the experience of the individual poem itself. It is as if Smith is trying to get their readership to acquiesce to the demands of both language and empathy, and only then see the connection between those two things. It is a powerful, and powerfully felt, injunction.

Queer poetry has often made its own pain theatrical, from Whitman to Crane to now, and while Smith is no exception to this unspoken rule, it never becomes a trope to be explored by Smith’s verse (and it never has I think) – that would be for lesser poets to do. Does Smith dance around the page with expert panache and craftsmanship? Yes. Does Smith use their pain as a necessary cudgel? Yes. Are Smith’s poems so cinematic you can almost feel yourself living them as the poems are being read (either aloud to you or on the page)? Yes, and yes. But all of these characteristics are just that: characteristics. They only emanate because of the embodiment they represent, and nothing could be more important right now than to engage that faculty more, because the world seems to be forgetting it very conveniently.

Which brings us to Smith’s cacophonous histrionics not just on the page but on social media (c.f. #ricegate when Smith said “no rice has ever been good” on Twitter), which is in its own way a necessary check to the staid old forms of debate that poetry so often played (and plays) into its own existence as an art form, debates that were (and are) more often than not thinly veiled exclusionary measures against minority groups in the name of the avant-garde. It is anti-institutional art par excellence, but Smith’s branding is what keeps it from being hypocritical. Smith is now very much ingrained in the institutions they threaten (or purport) to be demolishing, and the big question after Don’t Call Us Dead (and after #ricegate too) was of course: would Danez Smith lose their soul to the institutions they gleefully went against at the outset of their career? The answer is a complex no/and. No, they didn’t, and we have the poetry to prove it. Because if there’s anything this new collection defiantly proves, it’s that it’s always been about the poetry.