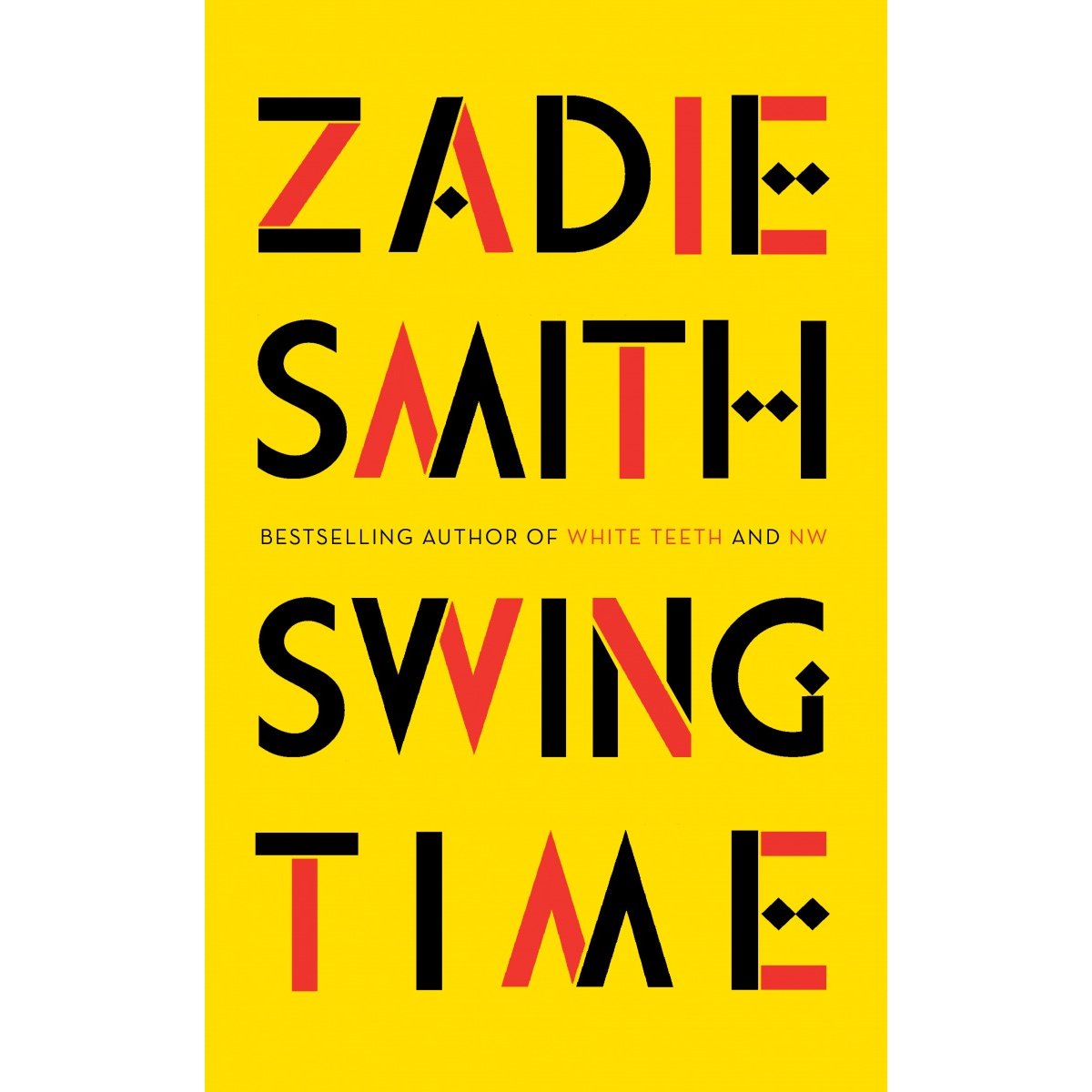 Nearly two decades ago, the critic James Wood coined the term “hysterical realism” to describe the work of a group of emerging novelists at the turn of century. Among these writers—a list which included David Foster Wallace, Thomas Pynchon, and Don DeLillo—Wood took aim at Zadie Smith, whose 2000 novel, White Teeth, had been published to widespread critical acclaim. Wood’s critique is that the frequently massive novels of hysterical realists like Smith evoke the expansive storytelling of 19th Century realism to create a parody of the real:

The conventions of realism are not being abolished but, on the contrary, exhausted, and overworked. […] This style of writing is not to be faulted because it lacks reality—the usual charge against botched realism—but because it seems evasive of reality while borrowing from realism itself.[1]

An over-reliance on coincidence and the adaptability of characters result in scenes and stories that are plausible in a vacuum, but impossible insofar as they relate to one another. White Teeth, and other novels such as Infinite Jest and Underworld, all offer levels of connectedness that are for the most part unbelievable. What Wood finds unconvincing about these stories is “their very profusion, their relatedness.”[2] Wood’s case in point is the conclusion of White Teeth, in which the heroine Irie Jones has sex with a pair of identical twins, only to become pregnant shortly thereafter, the father of the child utterly unknowable. Wood insists that this ending is impossible to believe, that “life is never experienced with such a fervid intensity of connectedness.”[3] The result of this intensity is a faux-realism that has not been seen in western literature since Charles Dickens and the often-grotesque characters of Bleak House and Great Expectations. The catch, Wood maintains, is that Dickens cared for the souls of his characters, and his caricatures were drawn to evoke pity, shock, and social change. Conversely, Wood roundly condemns the work of Smith and her fellow writers as not sufficiently real and—most damningly of all—inhuman.

Wood’s critique is a fair one. While White Teeth opens and closes like a perfectly tuned music box, all of its thematic intricacies and developments winding together into a flawlessly reconciled conclusion, it reads as a parody, rather than as a representation, of life as it is actually lived. The characters of Irie, Arthur, and Samad often exist as vehicles for subplots or ideas, rather than as sincere representations of human beings; Irie, for instance, is emblematic of the African diaspora, and becomes a means of retreading this experience in 20th Century London. To be fair to Smith, this was her intention, and Wood overstates the degree to which Smith and her fellow writers were trying to emulate the real. White Teeth is a superb work of satire, a hilarious send-up of imperialism and ethnic tensions in the United Kingdom near the close of the 20th Century. All satire has use for analogy, and analogy often bypasses the human to get its point across. Good satire must be real enough to synchronize with the reader’s experience, but silly enough to provide the distance necessary for self-examination. Perhaps Wood was taking Smith a bit too seriously. Still, it remains that Smith’s early work is not empathetic. It’s often brutally mean. Smith’s plot is tenderly cared for, but her characters are not.

Smith, of all the hysterical realists, has listened most closely to her critics and—even more to her credit—has approached each of her novels with a different question or concern. Her 2005 novel On Beauty was an attempt to get “the tone or the color of a 19th century novel,” and 2012’s NW was an experiment employing different narrative modes.[4] In these novels, Smith’s growth is apparent. On Beauty, for instance, maintains the same perfectly trimmed narrative spiral of White Teeth, but provides tenderly for its characters in a way that White Teeth never could. The story hinges on a marriage between a white, British professor and his black spouse, and the strains placed on their relationship by the idiosyncrasies and egomania of higher education in the American Northeast. The story isn’t reaching for a pure correlation between past and present—as White Teeth certainly was—but is instead about relationships as they are experienced by real people in a specific context. The turn of attention from plot to person is made clear in the conclusion of On Beauty. The penultimate chapter ends on a massive coincidence that reunites all of the characters for a final dénouement—a conclusion consonant with Smith’s hysterical realist roots. But instead of stopping there, the Smith’s story goes on, and the reader is treated to an epilogue in which husband and wife share a moment of mutual recognition, closing the narrative arch on a decidedly human note.

Happily, Zadie Smith’s newest novel, Swing Time, is a continuation of this growth. Described as an experiment in the first person, Swing Time, in Smith’s own words, was meant to “have that feeling of realism and detail in its people but… also an almost fable-like quality.”[5] In telling this fable poignantly and kindly, Smith largely succeeds.

Swing Time picks up many of the themes that are perennial in Smith’s work: interracial families, the relationships shared between parents and their children, British imperialism, jealousy, and art. Smith’s protagonist even attends the same Willesden secondary school as White Teeth’s Irie Jones. Narratively, however, Swing Time breaks new ground. The plot meanders through the early life of Smith’s unnamed narrator, who is drawn into a close childhood friendship with dance prodigy Tracey. Tracey, like the narrator, comes from a biracial family. As the girls grow older, they drift apart, struggling their way through their twenties and thirties. Tracey succeeds as a dancer, but finds herself a single mother. Meanwhile, the narrator becomes the aid of the uber-wealthy British popstar Aimee, and assists in humanitarian efforts in Gambia, where Aimee is trying to fund a school. The narrator’s job ends in disaster when she has an affair with Aimee’s Gambian lover. The novel concludes with the death of the narrator’s mother, and a vision of Tracey and her children dancing together in their London flat.

In Swing Time, Smith’s fifth novel, the plot crawls along, jumping back and forth between different decades and scenes. This structure is a blueprint of human memory. The narrator’s story comes together piecemeal, out of order, as bits and pieces fall back into place through the narrator’s process of sharing. While the chronology is difficult to track at times, Smith succeeds in constructing a novel that imitates the form of human consciousness. Smith’s nameless narrator is not imminently likeable, but she is human; much more so than the often aggrandized characters of White Teeth. Most notably, the forceful narrative climax that was the signature of Smith’s early novels is absent. In Swing Time, there is no remarkable coincidence that unites all the main characters. The final scene is just another fragment among fragments. Given the novel’s confused chronology, the reader has hints of conflicts that remain years ahead, while Tracey and Smith’s narrator are still children. What is conveyed is no grotesque parody, but bare life, with all of its sordid realities, unspoken words, and unresolved tensions.

The upshot of all of this is that Swing Time is a repudiation of hysterical realism. Oddly, by the end of Swing Time, I had come to the conclusion that Smith as hysterical realist is much more fun than Smith as postmodern memoirist. Swing Time is that sobering. The novel articulates the challenges faced by young brown women in modern London, and presents a study of their agency, passion, and obstacles. It’s a study of everyday humanness: the problem of being a child and having children, missed funerals and ill-chosen one night stands, entry-level jobs and after-school activities. Swing Time is a litany of the everyday, realistic in its unremarkability, and both beautiful and frustrating insofar as it is recognizable. When I didn’t like the narrator—and at times she is very unlikable—it was because she was making a decision or severing a relationship that I had seen myself make or sever. The novel left me unsatisfied because it evoked my empathy in addition to helping my understanding, something that Smith’s earlier novels—White Teeth in particular—have always struggled to do.

Smith’s strength as a writer lies in her adaptability, her ability to listen to her critics and then respond in a manner that is both unique to her and beautiful as an art form. Swing Time is a beautiful book indeed. It is imperfect, but its imperfection is carefully chosen. Rather than closing like a music box, it shudders to silence like a damaged cassette tape, a frustration that we—remembering—know all too well.

[4] Jane Zwart, “Only Connect: A Conversation with Zadie Smith” in Books and Culture, September/October 2016, 28.