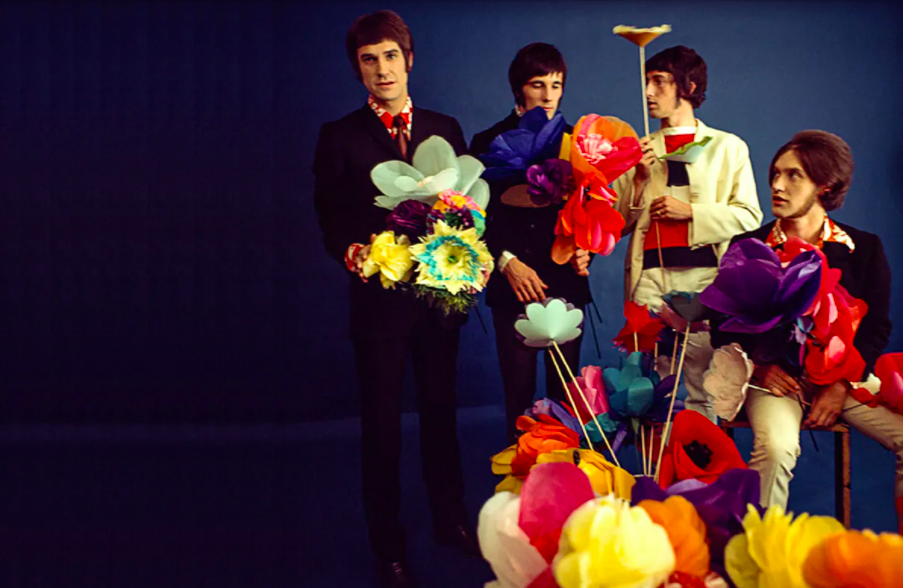 Face to Face: A Review of “The Kinks: Songs of the Semi-Detached” by Mark Doyle

The Kinks: Songs of the Semi-Detached by Mark Doyle is a book and a class apart. That is honestly the best way I can describe it and anything else would be a disservice to the kind of band The Kinks were. They were hot and muddled and full of the kind of British blood that makes one think of Arthurian days meshed with unbridled sex. They could be seen as one of the British Invasion bands but to place them into that bubble would be far too easy for a band as complex as The Kinks. Besides, unlike their rock counterparts they came, they saw, made of mess of things, and were kicked out indefinitely. Invaded but not quite conquered.

In the first drafts of this review, I toyed with different titles to give it: “Echoes of the Working Class,” “British people and all that damn lament,” and even “Fuck Capitalism and God Save The Kinks.” But it was “Face to Face” that stuck out most. Yeah, it can be seen as a cheap move to take one of their own song titles but what better way to really confront a novel so uniquely written as this one? As an author, Mark Doyle does not play coy and his study of this band is like a historical autopsy. He sees The Kinks for who they were and it can’t be overstated that the reader needs to know what this book is.

On the onset, one might make the mistake that its another one of the countless biographies written about the band, but Doyle spells it out very clearly in the beginning that its “an exercise in historically informed rock criticism.”

It’s more sociological than biographical in nature. What we are studying here is not The Kinks as a band, but the world that they inhabited and how that world in turn influenced their lyrics.

The world most important to this study is the one that the Davies brothers were born into. One can’t think of The Kinks without immediately shouting the names: Ray Davies and his kid brother Dave. They are the heart of the band and post-war London is the blood that runs through their veins. Born into a working-class family, they knew a far different world than some of their rock counterparts. They deeply appreciated it too. One can hear it stamped all over their concept albums: The Kinks Are the Village Green Preservation Society and Arthur (Or the Decline and Fall of the British Empire).

Village Green can very well be seen as their masterpiece and Mark Doyle makes sure we understand the historical significance that influenced the lyrics. The album itself can be described as sounding like just pure sadness which is not an uncommon thing when it came to concept albums made by Ray Davies. The central theme here is the English landscape filled with Ray’s working class, fictional characters from a simpler time. But there is a duality at work in his words. He is sardonic, wistful, and as Doyle makes sure we know: semi-detached. Hiding from the noisy atmosphere of the time to give in to a fantasy nostalgia. Ray wasn’t afraid to critique London and its unique national habit of romanticizing their history too much. After all, nothing is perfect in any era in history. In the greatest moments of British history, the people were filled with immense conflict and intense national pride.

Because of this Ray Davies lyrics always seem to be attached to less an idea but to a place. The land more than anything. Through his works, you can trace the history of a neighborhood. A working-class sector of London. The past is a thing that can’t be taken back but a feeling is something that can last forever. He is the Dickens of the 1960s.

Giving context to where The Kinks actually were at that time gives us a far better sense of how their songs were able to pay homage to a British working-class when The Beatles and The Rolling Stones could not. They were in England. Being temporarily banned from the United States unshackled them from having to appeal to an American audience that was going through a counterculture that wouldn’t have allowed The Kinks to go where they went lyrically. This was quite honestly the greatest thing that could have happened to them.

In London, there was a vain endeavor to break the class system and The Kinks were there to experience it. Where other bands were outsiders looking across the ocean, Ray Davies was an observer explaining what was happening to the rest of the world. The working class and posh British society were attempting to intermingle in a way it hadn’t before. If one truly wants to explore this history in an easier way, I recommend checking out The Crown on Netflix. In season 3 it shows a very interesting mix of high society getting into rock music and rock stars who came from lower classes suddenly being seen as legends compared to royalty. In this book, though, Mark Doyle digs deeper.

Ray Davies and the rest of The Kinks were given this treatment. They’d indulge and be accepted into social circles that they could not have imagined when growing up. While the others reveled in it, Ray felt a tinge of self-loathing. He’d indulge in the things that were meant to show social clout only to hate himself after. He was in constant conflict of who he really was and whether he could ever move beyond his working-class background which he valued far more than materialistic things around him. For this reason, Doyle describes Davies as a kind of interloper.

In his songs, we can get the sense that he himself does not want to exist as a person in this system but as a perspective. He’s real and what’s not real. One can take him in the same way one could take the idea of Utopia. A perfect place but a place that cannot be. His soul is tied to a location that is both idealized but no longer exists. A classic outsider who could never truly commit to one identity.

It’s that semi-detachment that runs as the main theme throughout the book and in the songs that made The Kinks so well known. Their nostalgic lyrics in songs could be seen as either praising their lower-class background or mocking it. As a listener, we can see them as both. As an author, Mark Doyle was able to see it them as one symbiotic thing. As a writer and historian, Doyle takes us to a higher level of appreciation and understanding of The Kinks. They were a band lost in history, both now and then. Thankfully Mark Doyle did a deep dive for all of us, so we can now better understand one of the most underrated, yet influential bands to exist in this modern era. If you love history, this book is will not disappoint. If you love music, this book is a gem. If you love The Kinks, this book simply cannot be ignored.

The Kinks: SONGS OF THE SEMI-DETACHED by Mark Doyle is distributed by Reaktion Books. It’s available on Amazon and The University of Chicago Press.