Read This, Watch That: Hunting Smoke 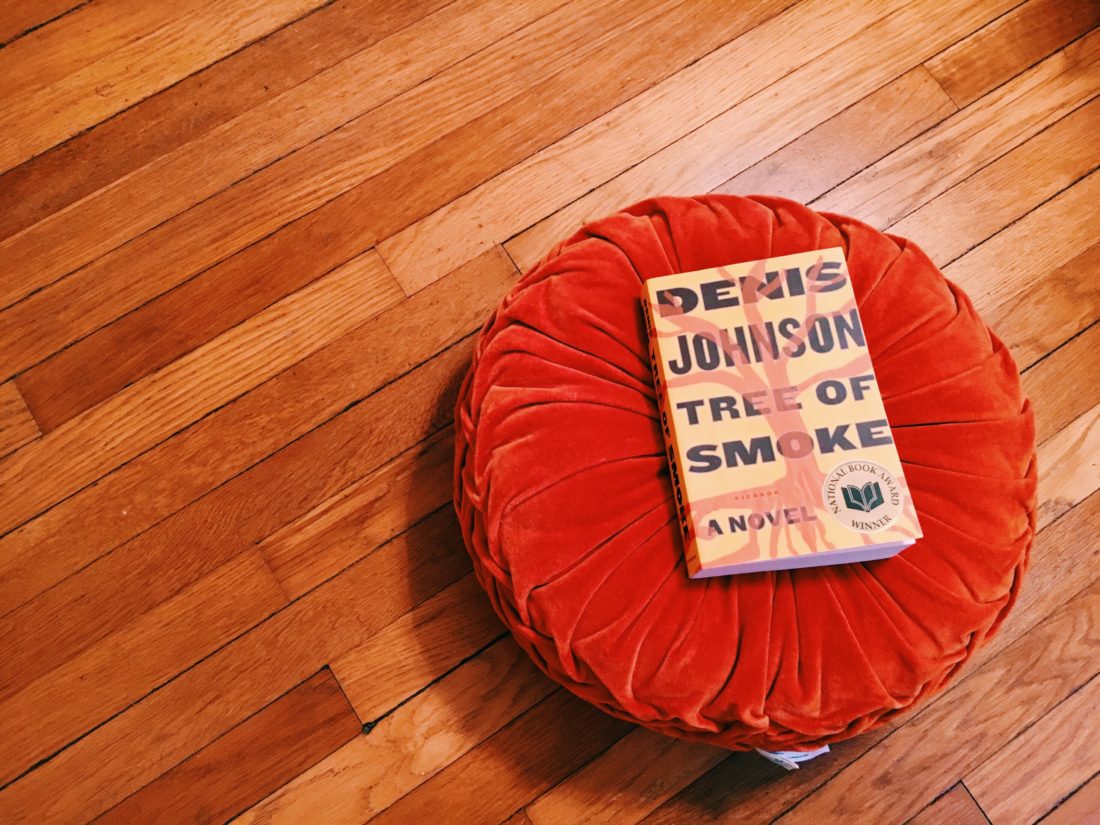 “The boy said, ‘It ain’t no different than shooting a deer.’

‘When did you ever shoot a deer?’

‘I guess I had it mixed up with the movies. But this was just–bing. And now it’s over.’

National Book Award winner Tree of Smoke and multi-award-winning movie The Deer Hunter share the glaringly obvious premise of the Vietnam War experience. But that’s not all they share.

These two are the epic slow play. Everything is on a grand scale, including character development. Both are incredibly lengthy, but with a slow buildup that’s worth your time because there’s precise intentionality behind the pace.

I’m going to lay it down for you here and just say that Johnson’s book is what you wanted Catch-22 to be (except featuring a different war).

This pairing paradoxically shows where language fails us through the use of artful language. How surviving “swaths of desolation” often isn’t really surviving at all (Johnson, p. 247). And how metaphysical infiltrations are much more harmful than the physical ones. So clear your schedule for the next few weeks and dig in. It’s going to be challenging but worth the effort.