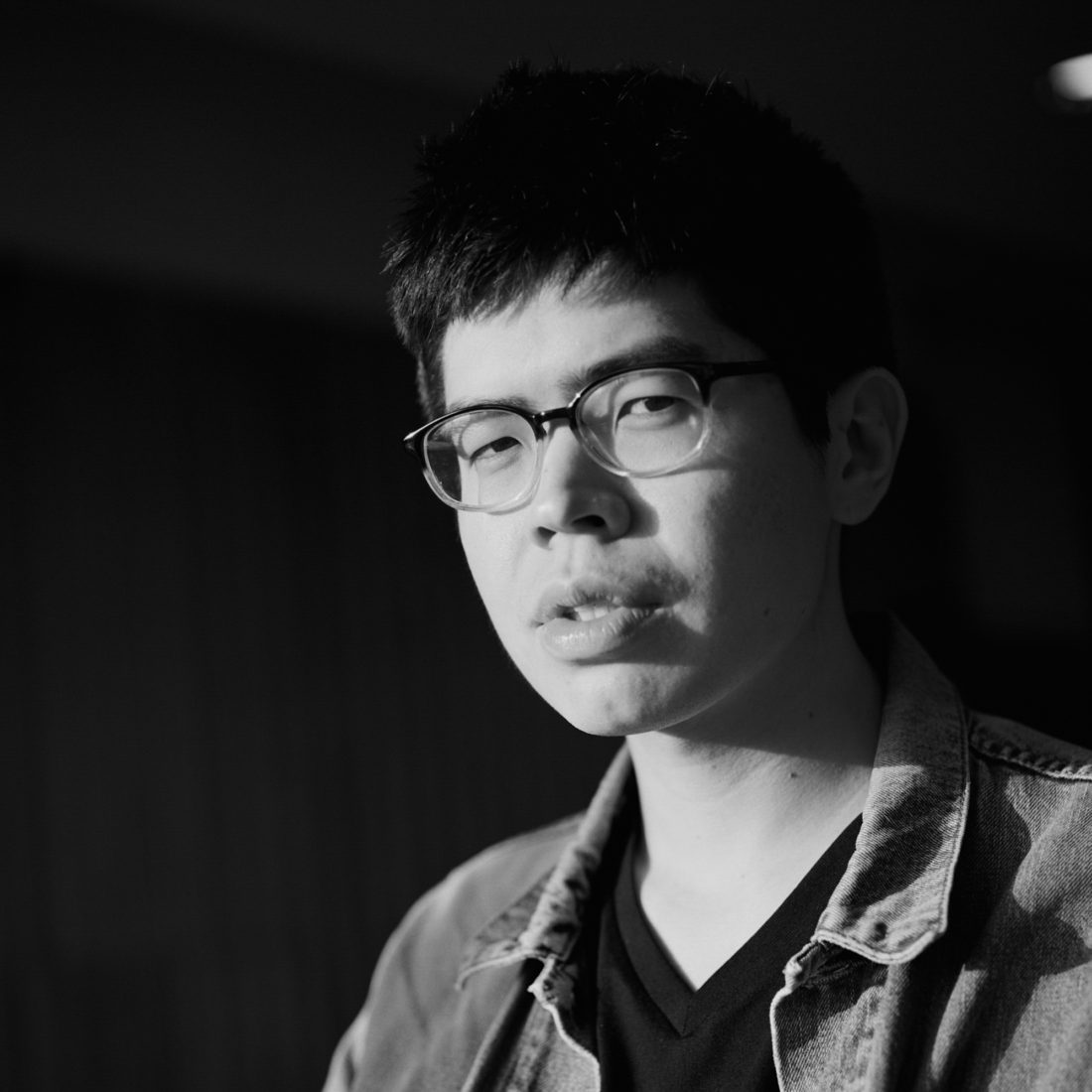 Will Harris is a writer, born and based in London. He works as an Assistant Editor for the Rialto and teaches at the Poetry School. His mum is Chinese Indonesian and his dad English and his writing often addresses the complexities – and absurdities – of a mixed
heritage.
When not reading and teaching, Will says he likes to knit. Over the past two years he’s been collecting the string discarded by outlet haberdasheries to knit into a “piece” so large he says it will safely be able to ensconce the town of Windsor by 2024. Mega-knitting is fun and relaxing, but can be time-consuming. He sees it as a kind of therapy. Woven into his “piece” are a number of things he finds stressful in day-to-day life: receipts, paper cups, dead pigeons branded with the logo of the Conservative party, the novels of Will Self. “Once it’s in the piece, it’s out of my mind,” he says. “I’ve digested it without having to consume it.”
He recommends a pile of literature on his bedside table (which at the moment he can’t read because he says the pile of literature is his bedside table): short stories by Pramoedya Ananta Toer and Otessa Moshfegh; novels by Olga Tokarczuk, Samuel R. Delany, Machado de Assis and Fran Ross; essays by Alexander Chee, Roberto Calasso and Sallie Tisdale; poems by Jordan Abel, Selima Hill, Momtaza Mehri, Noelle Kocot and Sandeep Parmar; The Cheese and the Worms, by Carlo Ginzburg; Threads, by Sandeep Parmar, Nisha Ramayya and Bhanu Kapil.
Will is the author of the chapbook of poems, All this is implied, joint winner of the London Review Bookshop Pamphlet of the Year and shortlisted for the Callum Macdonald Memorial Award by the National Library of Scotland, and the essay, Mixed-Race Superman, just published this May, which explores the “mixed” heroic identities of Keanu Reeves and Barack Obama.
website: willjharris.com
Tweet1
Share
Share
Reddit
Email
WhatsApp
Pin