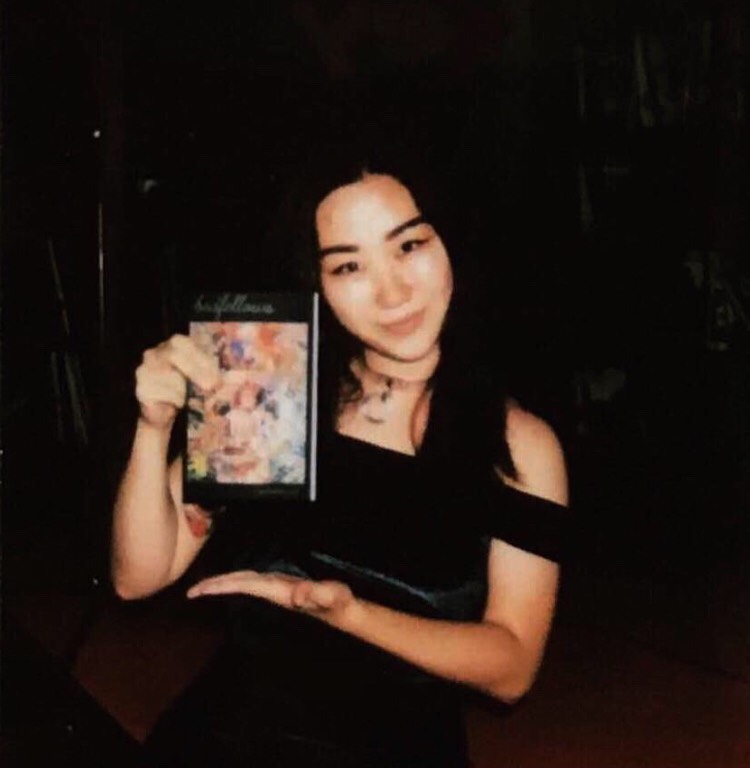 Carson Lee is a writer from Seoul, South Korea. She is a recent graduate from NYU and is currently getting her MFA in creative writing and teaching first-year composition at Rutgers-Camden. Her primary genre is poetry, though she has been experimenting with creative non-fiction.

Carson writes within the realm of what she calls “mother, father, lover”—the convoluted ways in which her relationship with her parents and their relationship to each other influences how she has formed and navigated herself through her own relationships, how all these things intersect. She is also attempting to weave history (both personal and in a broader, Korean context) into the fabric of her project about intimacy and trauma.

Other than writing, Carson spends her time powerlifting, playing SPRPGs, and caring for (fawning over) cats and dogs (including her feline child Layla).

Carson likes to say she is from Emily Dickinson and William Carlos Williams, but outside of the “canon,” she is most influenced by contemporary poets like Ada Limon and Major Jackson (who were her mentors at NYU), Richard Siken, Ocean Vuong, Emily Jungmin Yoon, Sarah Kay, and others.

Carson is currently reading Exit West by Mohsin Hamid. She tries to dedicate herself to reading fiction and other prose during the summer.

Carson’s words have appeared in Apeiron Review, Bridge Eight Literary Magazine, and the Academy of American Poets website (for the 2018 Judith Lobel Arkin Poetry Prize). She also has some poems forthcoming in Passages North (as a runner-up for the 2019 Elinor Benedict Poetry Prize) and bedfellows.