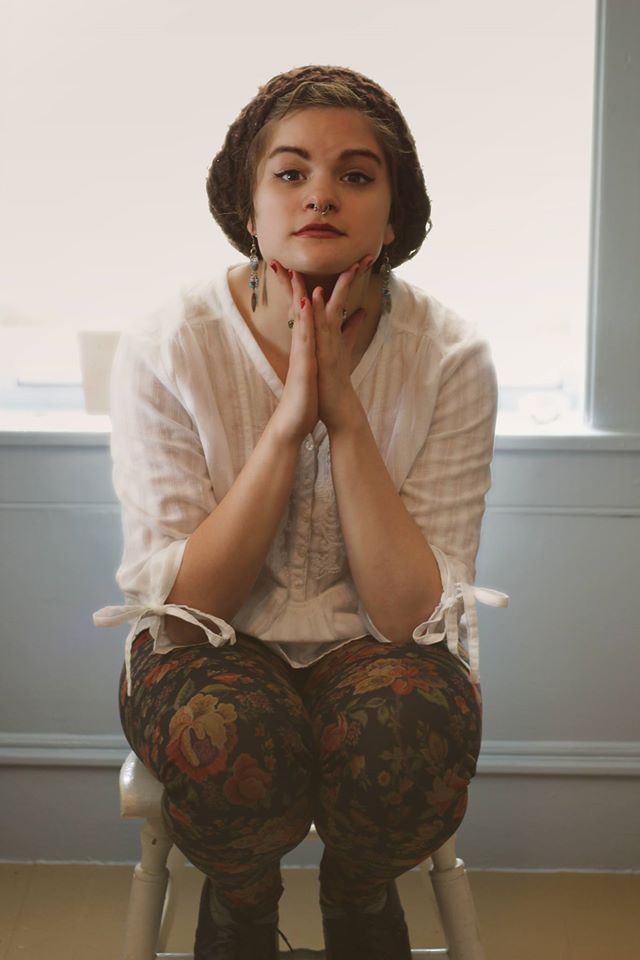 Putting Doubt Aside: An Interview with Brittany Swenson

If you haven’t checked out Brittany Swenson’s “On Being a Woman,” recently published in Maudlin House, now is the time.  We were eager to know more about Brittany’s writing, and she was kind enough to answer our questions.

1. “On Being a Woman” is a multi-part electric beast of a poem. How did it take shape for you? What made you want to write it?

First of all, thank you! That is one hell of a compliment. But, when it comes to writing any poem, I never have an exact clue as to where the poem is going to go. The experience for me is almost in sync with that of the reader—I am equally surprised to witness where the words will take me. With “On Being a Woman,” the same theory applies. I will say this though, the seed of the poem, what brought the first few lines to life, was trying to grapple with a personal insecurity I had with a romantic partner—an insecurity (and guilt) that felt all the more unwanted because I was, and am, a woman. I suppose it was that desire to ‘own’ those emotions that propelled the poem to form. Writing poetry (especially with this poem in particular) is a means for me to transform unwanted or rejected feelings.

2. Which writers influence you?

As far as poets go, the writers who have influenced me the most would be AR Ammons, Arthur Rimbaud, Fernando Pessoa, Octavo Paz, and Anne Sexton. I’m attracted to writers that cater to the metaphysical— especially those who break boundaries and those who make their audience reevaluate themselves. I would also be a liar if I didn’t say that the contemporary poet DC DeMarse didn’t influence me as well.

3. Do you believe in “writers block”? If you ever feel stuck in your writing, how do you shake yourself out of it?

I can say with much conviction that for a writer, there is no greater nightmare than ‘being in the mood to write’ and having that simultaneous feeling of where ‘you have nothing TO write.’ You want your mind to move but you don’t know where. You’re essentially stuck in a mini purgatory—this is how I’d personally define writer’s block.

You can either sulk in the longing for inspiration, hoping that if you think long enough about the writing, an ‘aha’ moment will whirl out of nowhere and grab your attention. Or, you could take the more courageous route—the route that involves writing whatever comes to mind. This means putting doubt aside. This means having the bravery to write down whatever thoughts are squirming in your brain—no matter how trivial, banal, and even unimportant they may seem. This is what I do. I write whatever the hell is on my mind, and usually, twenty or thirty minutes later, I’ll be onto something worthwhile.

The backbone of writer’s block is fear. Fear impedes the creative process—and no genius can tell you that you can’t force ideas to sprout out of nowhere. So my advice would be to explore what’s already in your head. See what comes of it. 90% of my writing is scrap. But it’s that scrap that has brought me to the good stuff, the hidden jewels of my unconscious.

Current events within my peripheral life influence my writing the most. This mainly relates to my personal world—the relationships I’ve been in and the realities of my own emotional palette. My work usually abstains from the political realm, or other collective events occurring in the news for that matter, but this could always change in the future.

5. If you could turn any dream you’ve had recently into a poem, which dream would it be?

Probably my recent dream, which involved me trying to survive a zombie apocalypse. I think that would be a fun dream to transmute into a poem.

6. If you could redefine “maudlin” what would you make it mean?

If I could redefine the word “maudlin” I’d probably define it as that phenomena a person experiences before they go into a social situation and imagine how the scene will play out. I always wished there was a word for that.