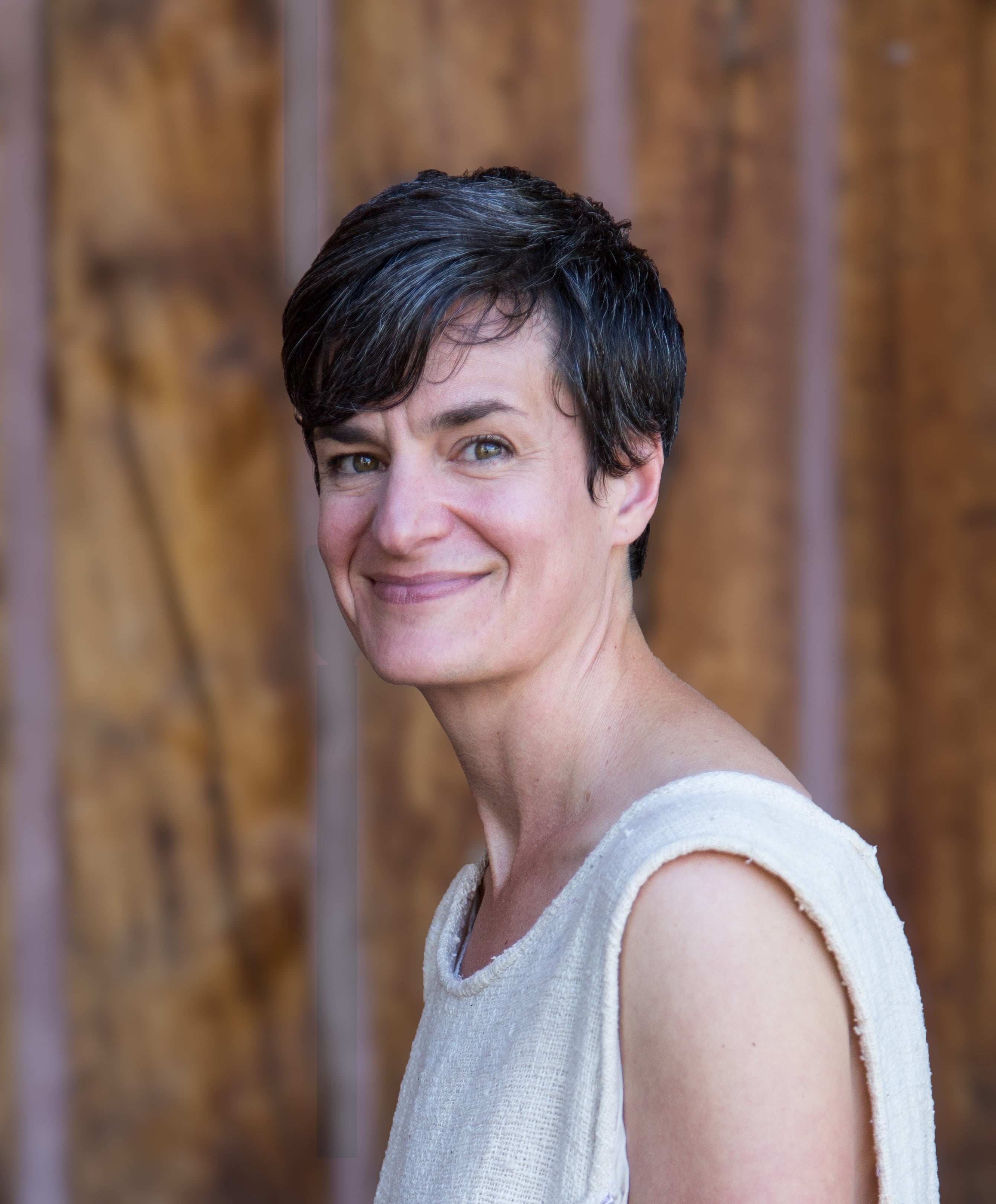 Allison Cobb is a writer based in Portland, Oregon. Her work includes After We All Died (Ahsahta Press); Green-Wood (Factory School); Plastic: an autobiography (Essay Press EP series); and Born2 (Chax Press). She has published work in Brooklyn Rail, Delaware Poetry Review, Across the Margin, and more.  She also co-curates The Switch reading, art, and performance series, and was a 2015 finalist for the National Poetry Series.

There’s that Robert Frost quote that says, “A poem begins with a lump in the throat, a homesickness, a lovesickness…” how does a poem begin for you? What sets off that lump in your throat?

When a poem is working, it begins for me as a rhythm, a sense of the sound of the poem that arises almost simultaneously—a bit before—the words. When the sound of a poem arrives, I know it will be able to travel somewhere on that, and that the meaning will arrive in time with it. It’s like lining up head (ideas), throat (language) and body (rhythm/feeling) so the poem can flow out—the opposite, perhaps, of a lump in the throat.

Your work can take so many different forms – essay, non-fiction, poetry, even photo series, like “What is Public Space?”. Have you ever set out to write about an idea in one genre, and then decided it was better executed in a different form?

I wrote the book Green-Wood first as a series of lyric poems. But they weren’t functioning as I’d hoped—the book hadn’t yet found its rhythm. In the wake of September 11, 2001, in New York City, I had this impulse (as did many other poets) to turn to the documentary, to record “what had happened” and was happening—which at that point was a froth of fear about further attacks, a bottomless grief, and a flood of lies released in order to start a war.

All of it felt so overwhelming and all like such a betrayal—so many kinds of betrayal. The way to proceed seemed a series of declarative sentences, a recitation of “facts,” but in a way that also enacted their breakdown. So that book appears like prose, but prose that has fallen apart. Of course, all of that was a bit unconscious. It was the rhythm of the prose—and all its connotations and cultural baggage, and the ways of subverting that—that began to work for me.

More broadly, I find that my work often arrives in a multiplicity of forms. And I have learned from other artists like Kaia Sand and Susan Landers not to think of the poem as only existing on the page. Photographs are a big part of my process in writing the ongoing work Plastic: an autobiography; my experiences with Green-Wood continued after the book was published, and I think of those things as part of the project; my latest book After We All Died includes essays as well as poems.

Right now, I’m collaborating with a visual artist, a dancer, a sound artist, and a projectionist on a project called Suspended Moment. The visual artist is a third-generation atomic bomb survivor from Hiroshima. I’m from Los Alamos, New Mexico, where the first atomic bombs were made. We read a poem I wrote as a dialogue with one another in Japanese and English. I think of our entire collaboration—not only our performances—as this incredible project of lives meeting, and not only ours, but others we encounter.

How do you think the places you’ve lived have inspired you (New Mexico, Portland etc.)? You’ve written extensively about some of them, like in Born2, but in what other ways do these locales sneak into your work?

As you say, I’ve written extensively—in direct and indirect ways—about being from Los Alamos. I think that growing up in that place gave me a sense of the weight of history—how impossible it is to really think or know anything without understanding something about its roots. This probably gives me my fascination with word etymologies, and is part of what, in writing Green-Wood, sent me back to the origins of garden cemeteries in the United States, and back further to attitudes toward “nature” in the U.S. more generally. I’m doing a similar kind of investigation with plastic in Plastic: an autobiography.

I find trying to get to the root of something very satisfying—because one never really does get to the root, and that investigation opens up whole new questions, and new connections, which is ultimately what I’m interested in—the complexity of the nets in which we all live. Contemporary racist hetero-patriarchal capitalism wants to erase that complexity and present those of us who are privileged with simple stories and shining objects devoid of any history to keep hidden the exploitation of people and resources that fuels our existence. I feel the need to incessantly work against that by exposing, exposing, exposing…

Speaking of locales, can you talk a bit about the Portland literary scene, and the Switch creative community?

Portland has been a great place to be a poet, although gentrification is making it much less affordable for many artists and writers—not to mention those who are even more vulnerable. There are terrible injustices happening in this city. Still, at least for now, artists and writers are continuing to carve out spaces and in often really generous, giving ways, working to make sure a multiplicity of voices are represented. The Switch reading, art, and performance series, which I’ve run since 2011 with the poet Paul Maziar and the visual artist Jeremy Okai Davis, is just one of a number of series here, including Spare Room, Unchaste Readers, Tender Table, White Noise, a project called De-Canon—we have such riches here.

Another series I’ve been involved in recently is PURRR (Poets United to Read, Rouse and Resist), a group formed after the election. We are about a dozen writers, and we hold events each quarter in a different part of the city aimed at providing sites of inquiry for poetry as resistance. Our events have themes: The first, in March, focused on the word “vote”; the second event in June used the theme JOY AS RESISTANCE; and the next event is likely to revolve around migration. I feel honored and excited to be part of PURRR.

What’s a non-literary source of inspiration for you? (music, a movie, artwork, a place, a food…anything!)

Science. I resisted science as a child—I refused to take physics, just to rebel against my physicist father. But I find myself drawn over and over to scientific inquiry and scientists as people. Science is a discipline that aims to get to the root of things, so that’s part of my attraction. But I’m also fascinated by the limits of scientific understanding, by its very particular ways of seeing, and by the ways that the culture fetishizes science and scientists. We imbue them with shamanic qualities for possessing specialized knowledge—but then also scapegoat them for producing technologies (like nuclear weapons, or genetic modification) that lead to disastrous results. And of course there’s the ongoing, unending inquiry about the responsibility scientists have for their discoveries . . .

When submitting your work, what do you look for in a publication?

I tend to publish in tiny magazines run by my friends or people I share community with. So what I look for is community, readers and writers I share interests and values with.

Can you recommend one poem that you think everyone should read?

“They Cut Out Her Eye and So She Doesn’t Know If It’s Real” by Alice Notley, who sits at the top of my pantheon of living poets. It’s from her book Mysteries of Small Houses. It’s a poem about fear, and how it deforms us as people and artists.

When does a piece feel finished to you – if at all?

Each piece is so unique. Some pieces arrive in a single rush, others take months and years. I think a piece feels finished when I’m satisfied that it has thoroughly wrestled with the questions it poses—those might be questions of form and voice as well as content. Not that it has answered the questions—many being unanswerable—but that it has thoroughly engaged in a spiritual and emotional inquiry. For me the pleasure of poetry is not a tidy lyric piece that delivers a nice little epiphany. It’s a piece that opens to mystery and to wonder, and offers a container for others to experience that opening.