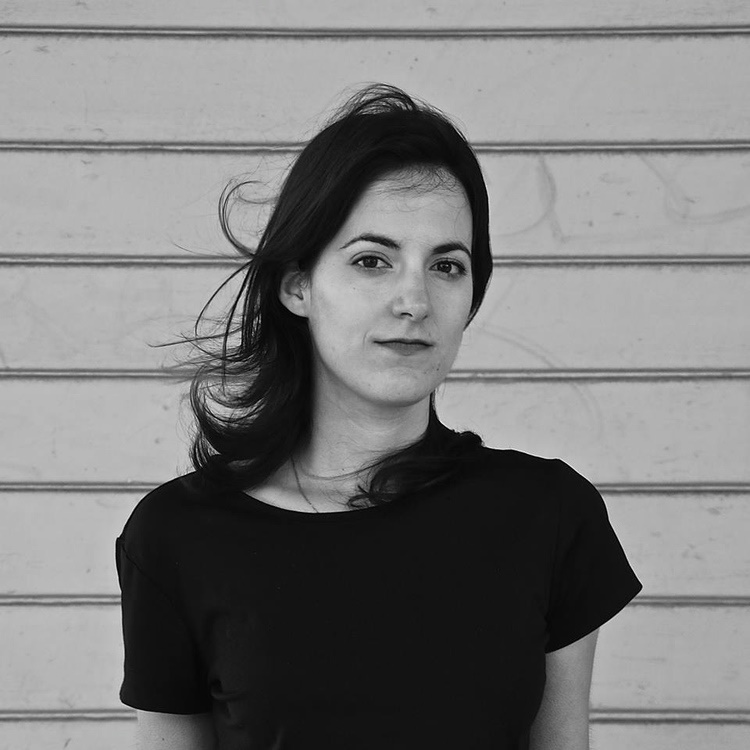 Natural & Other Disasters with Emily Pinkerton

Erin TaylorSeptember 3, 2016
Interviews0 Comments
Raised in the shadow of Houston refineries, Emily Pinkerton currently lives and writes in the San Francisco Bay Area. She is an MFA candidate at San Francisco State University, and her writing has previously appeared or is forthcoming in Juked, BlazeVOX, Pith, and LEVELER, among others. Her first chapbook, Natural Disasters, was recently released with Hermeneutic Chaos Press in July 2016.
Emily can be found online on Twitter as @neongolden and at thisisemilypinkerton.tumblr.com. Her favorite color is fog.

On a deeper level, the book uses these catastrophic weather events as metaphors for exploring human emotions around more pedestrian feelings –– loss, grief, growth and the restoration of hope. Every loss is a disaster. How human, how predictable these disasters are. How natural it is to hurt when people and places you loved are no longer there, when you can’t see them or return to them.

Your debut chapbook Natural Disasters is being published by Hermeneutic Chaos Press, congratulations! What would you say your chapbook delves into most thematically?

Loss. Loss and grief. The fear of losing everything, the longing for things that are lost and cannot be reclaimed, how illusory one’s sense of safety is proven to be in the face of such loss. There are also sub-themes of endurance and survival, which I view as the bookends of grief. We soldier on, no matter how much has been ruined. What we weather may differ based on one’s locale, but we’re all in this together. Storms come for us all.

Going off of the title, how much does worry in regards to our current environmental situation impact your writing?

Oh man, there are layers here. The book does feature many catastrophic weather events, which I brought in as a way to highlight some of the landscapes that are most visceral to me, but also to evoke a larger sense of human fragility and adaptation, particularly as this plays out in locales where these extreme weather patterns are normalized.

I wrote a statement of poetics for the book, and in it, I speak briefly of the ways different people would approach “hurricane season” where I grew up on the Gulf Coast. Some people stayed in beach houses on a barrier island and threw parties to greet an incoming storm, others boarded up their windows and evacuated. Still others stayed home with stockpiled water and guns. It’s so interesting for me to think about these different ways of reacting to something that could kill you, and how indifferent the storm itself is, despite how one chooses to meet it.

On a deeper level, the book uses these catastrophic weather events as metaphors for exploring human emotions around more pedestrian feelings –– loss, grief, growth and the restoration of hope. Every loss is a disaster. How human, how predictable these disasters are. How natural it is to hurt when people and places you loved are no longer there, when you can’t see them or return to them.

There’s a back story here: my mother was dying of cancer when I began much of this work. She died slowly, and it was a very deep, drawn-out loss. It was about a year from the time when I knew her condition would only grow worse until the time she actually died. It was horrible; every day was a new devastation. I can’t bring myself to write out the specific details here; they are graphic and perhaps better suited to another interview (or book) – but in going through that loss, and the subsequent losses that followed (I also left my longtime partner and what had once been my dream job during the years I spent writing this chapbook), I realized that it was all pretty unremarkable. That everyone experiences this type of profound loss in their lives, sooner or later. So, in a way, I see the title as a nod to that. “Oh, how natural this all is, for things to fall apart and change so spectacularly, for life to be so upended.”

There’s a pretty heavy literary scene in the Bay, do you think that your location greatly impacted the writing within this chap?

It’s hard for me to say. Bay Area writing culture isn’t monolithic, it has a lot of micro-communities, but that was something I didn’t know anything about when I started this project. I’ve been in the Bay for about eight years, and for the first four, I wasn’t really involved with the local scene at all. I hung out in indie bookstores but really had no idea where to look for it, beyond that. I also didn’t have many friends who were writers, so nobody filled me in. Over time, I got some leads online, by following other writers on Twitter, but my offline leads came to me a bit differently.

I started working on the germs of material for Natural Disasters about four years ago, and at that time I was lucky enough to be part of a phenomenal writers’ group called Qlub , started by my good 1 friend Kelly Clancy. I think Qlub represented one of the best elements of the Bay Area writing community, which is that much of it comes from this self-starting/DIY culture. We were a ragtag bunch: Neuroscience PhDs, Musicians, Techies, Teachers, Professors, MFA grads, Engineers. In a way, I think that diversity made it a more interesting collaboration. Qlub definitely gave this project its early momentum.

As I started writing more, I started to feel very split between the demands of my day job and the progress I wanted to make in my writing. I started researching MFAs, and in that process, I began to attend more local literary events, and formed friendships with many more writers in the Bay. In more recent years I’ve become more involved in some of the various “scenes” in the Bay Area. Some are quite formal and tied to various universities and funding sources, but many others have more of the DIY influence. I can’t tell you how many book launch parties are held in backyards or on rooftops. Attending more readings and getting to know more people definitely deepened my knowledge and helped strengthen the work.

I also formed a lot of relationships online that ended up augmenting my “real life” connections to the Bay Area literary scene. I’m not sure if this is because I’m somewhat introverted and it’s easier for me to talk to strangers on Twitter or Facebook than it is in real life, but that’s definitely how things have happened for me. A lot of my connections happen on the Internet first and in real life second. I think it’s worth noting that that can be a good way to break into any literary scene.

1 the name “Qlub” was a facetious pun on the word “club”, meant to parody the sense of exclusivity endemic in most writers’ groups and literary circles – we pronounced it as “Kloob.” Our membership fluctuated from 5-25 members depending on the season.

What do you consider your relationship with your own writing?

Give and take. I made the decision to attend an MFA program as a way to buy myself time (quite literally!) to make writing my primary focus – something I’ve never before done in my life. Right now, I keep that in mind and try to prioritize my writing up there with food and shelter in terms of “things I need to live.” That said, the cost of living in the Bay Area is staggeringly expensive, and so I also have a job. I know that when I graduate, I will work more hours than I do now, and that as a result, I will have fewer hours to dedicate to reading and writing than I do now. I’m currently trying to look ahead and plan for this, to build ways where writing poetry effectively becomes my part-time job when I go back to working full-time. (Right now it’s the other way around, I’m in school full-time and work part-time.) I’m nervous about what impact that shift will have on my writing life, but I’m also up for the challenge.

I’ve been seeing a lot of great poetry dealing with the political tensions America is facing right now. Two poems I constantly find myself returning to are “Tonight, in Oakland” by Danez Smith and “If You Are Over Staying Woke” by Morgan Parker. I find a lot of hope in the energy and clarity of these poems, though I wish that clarity didn’t have to come out of such grim circumstances. In general, I like language that is precise, angular, and biting. I also like poems that feel crafted, thoughtful and complex. I wasn’t a big fan of AltPoetry, although there are some folks who can do it well.

Are you a list(s) person?

Yes, absolutely. I am often scatterbrained, and one of the only ways I can keep my life and tasks organized is by making a list of what I need to do each day. I’m also an anxious person, and listing things out helps me cope, since it allows me to get down everything I’m worried about, then look at what I’m realistically able to deal with in a given chunk of time. I tackle the most immediate things and give myself a break from worrying about the rest.

The world can feel deeply unstable or uncertain at times, and this is a nice way to remember how much influence I can have as an individual, and how much that matters, even if it seems small.Click To Tweet

How life-changing generosity can be. I find myself frequently noticing small acts of generosity from friends, family, even strangers – little things like buying coffee for a friend, or sending a card in the mail for no reason – any time I see an act like this taking place, it inspires me to give more of my time and energy to others around me. The world can feel deeply unstable or uncertain at times, and this is a nice way to remember how much influence I can have as an individual, and how much that matters, even if it seems small. It cultivates an inviting sense of possibility.