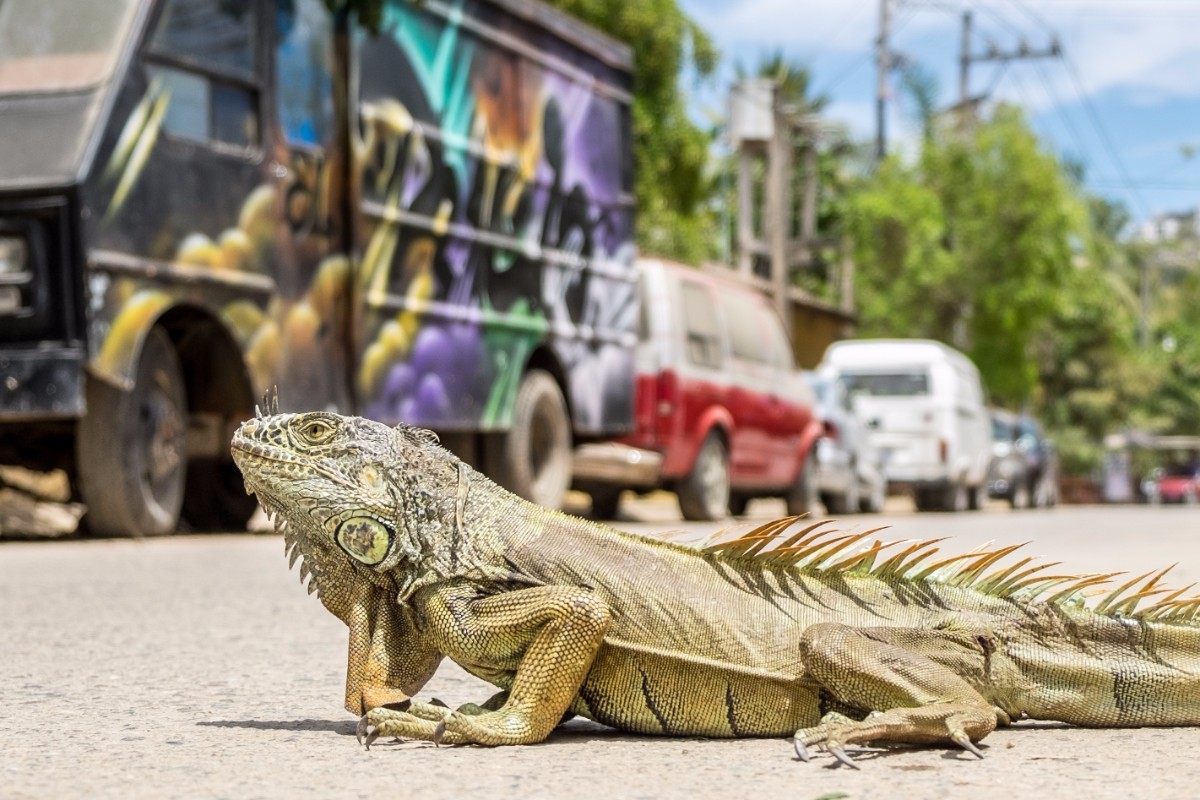 Tim Staley was born in Montgomery, Alabama, in 1975. His debut poetry collection, Lost On My Own Street, was published by Pski’s Porch in 2016. His newest poetry chapbook, The Most Honest Syllable Is Shhh, is out now from Night Ballet Press. He founded Grandma Moses Press in 1992, and currently serves as publisher. He completed a Poetry MFA from New Mexico State University in 2004. He lives with his wife and daughter in the American stretch of the Chihuahuan Desert. His hobbies include thinking, nachos and waiting…mostly, just nachos.

BEEKEEPING IS AN EXCITING NEW HOBBY EVERYONE SHOULD TRY?

There’s a beekeeping family here in Las Cruces, with the last name of Solberg. Their hives are located north of town on the banks of the Rio Grande. I’ve heard in the 70’s they used to have killer-hippie-honey parties up there. That’s worth something right? Killer-hippie-honey parties 40 years ago? Brain cells whisked away like a glister of sun on the Rio Grande’s muddy flow while Nixon, Ford and Carter ruled? That counts for something, right? Can I testify on behalf of those brain cells? They were lost in the name of honey and stingers, cactus and river, Pabst and the first strains of Mesilla Valley Madness.

LOVE IS BEST WHEN HIDDEN AND DISGUISED AS A LONGING FOR MORE CORN ON THE COB?

Shoepeg corn is characterized by small, narrow kernels tightly and unevenly packed on the cob. That sounds like love to me: the tight packing of uneven kernels.

EVER RACE A WEREWOLF TO TEXARKANA?

I live in New Mexico, the coolest neighbor of Texas, and when I read White Fang I listened to Los Lobos. So, to answer your question, YES.

EVER GET LOST IN THE WOODS/ STUCK IN THE WILDERNESS / OTHER TYPE OF WEIRD OUTDOORSY STORY, ETC.?

I’ve been solo backpacking in New Mexico during the winter when the trail disappeared under snow and none of the trees were blazed and I kept walking and walking, deeper into the wild, and ran out of water and couldn’t find the spring because it was buried under snow, and I ate saltines and schnapps for dinner and the next day my dog, Thursday, almost chased a deer off a cliff. Good times.

A MAGICAL CEREAL COUPON SAYS SOMETHING NICE ABOUT YOUR HAIRSTYLE.  WHAT DO YOU SAY BACK?

What’s wrong with you? This question is ridiculous; I have no hairstyle at all!

Do you know who Beatlick Joe is? He’s dead now, but he and his partner, Pamela, ran this great literary zine called Beatlick News for decades. He read his poems and stories like a young Ginsberg with really exaggerated, strange phrasing. He had no problem projecting his voice over a noisy bar. I loved him and he taught me tons about small presses and performance. Anyway, we used to hang and one fall we decided to burn all my backyard leaves instead of raking them up. We planned it for a few weeks. It’s illegal to burn your leaves in the city, so we decided to do it at night. We got all the leaves in a pile and set them on fire, only they didn’t burn so great, or hardly at all. The smoke was a weird color; the greasy little flames were green and smelled bad. He died right after he retired from Walmart. He lived for art and travel and when life finally afforded him the chance to do nothing but art and travel, he died. I ended up bagging the leaves and hauling them to the street.

MONSTER YOU MOST WANT TO DANCE WITH IN A BALLROOM?

ASK YOURSELF A QUESTION.

You love dualism in art, but hate it in real life, why?