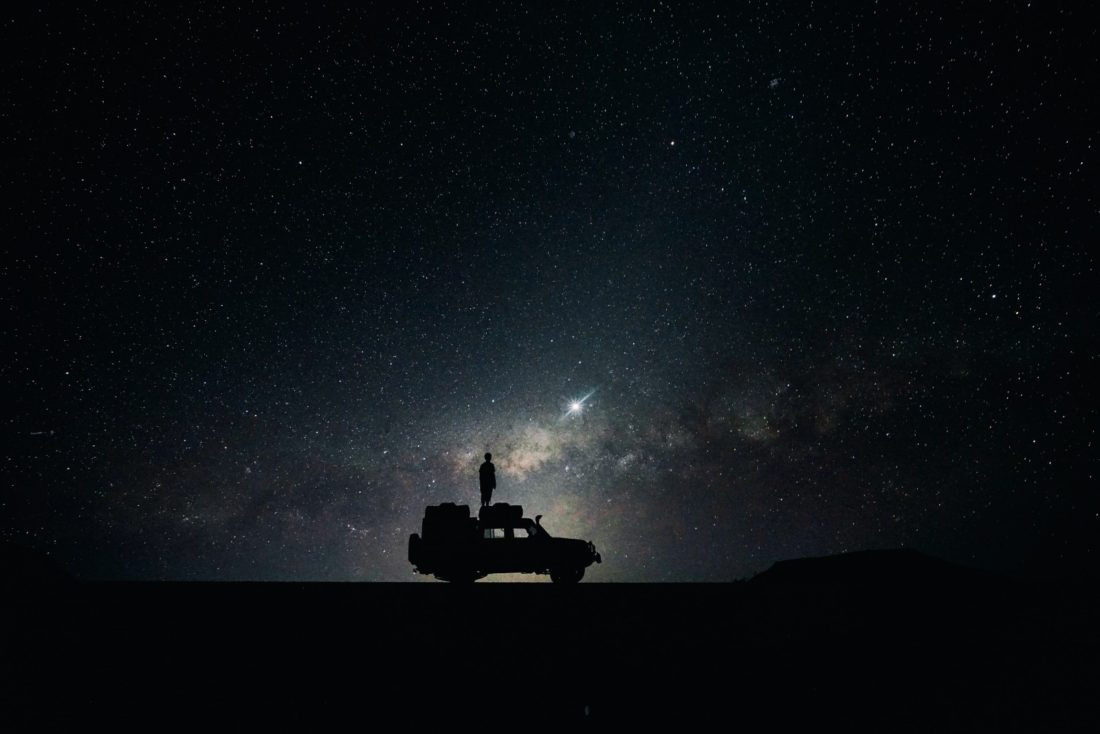 Man, be cool! I think, and I don’t want to seem too thirsty. But still. Through the window, same old shivering, leaveless trees. Going back for miles, either side. Going on forever. Like being out there, floodlands, lost in the woods, no compass or backpack, just scrambling up and down icy ravines, from one to the next . . . And that cold, muffling everything. Better thirsty than cold, I suppose. Slush on the street. This motherfucker, pinching his lip, he’s musing about it. Guiding the truck with one hand, slowing to creep through clumps and mounds of piled ice on the hills.

“Yeah. Party was basically over. House was trashed. End of the night. Guess I was going to the bathroom or whatever. And a couple times, in the mix, I know I remember seeing her, or maybe I didn’t get a good look. When we have parties there’s always, like, a ton of random girls. And everyone’s talking, yeah-yeah, you can’t hear a thing anyway. Yo, I thought she’d already left with her friends, with the crowd. They were over by the door, but then she comes walking in front of me and she just goes into my room, like that.”

“Gorgeous, tan body. Dude. Yeah. I’d had that class with her spring semester. Then, you know, we’d probably talked some at the party but that was pretty much it.”

“The bathroom, clean up a little. When I get back she’s sitting on the bed. And, heh, well, I keep my condoms in the bedpost. You know at the frat we have the same metal frame deals you guys got in the dorms. Bro, here’s a tip. You crumple up some paper, drop it down in there, like a little shelf, I put the condoms on top. Use that if you want to. Anyway, I’m getting after it, fingering her right there standing up. No, for real. Shit was wild. I don’t know, at first it seemed, stupid, kinda fake. Then I’m thinking, no, no she’s really into it. She’s humping my hand and all, and yeah, I reach over and I gotta stretch, like this, yo, this! I gotta roll all out across the bed with one arm. Like a surgeon. Gotta feel down in there, snag a condom, keep it suave. And dude, you try doing that without looking . . .

Not that I was too interested in condoms and corny foibles. But that girl Ellen, I knew exactly who he was talking about! His little soul patch, scrubbing it with his fingers as he talked, every so often going into thoughtful silence. Fucking McTier! You couldn’t even blame him. Then also, the details he wouldn’t mention that I knew would claw at me for the rest of the week. That way she walked, and I could picture it. Was she a dancer, cheerleader? A gymnast in high school? Did that even come up? Why would it? Or for instance, not if, but how, exactly, did she go into that room? Frat house, idiots all around. But was she almost laughing about it? In other words, what were we talking about here? Something she’d fantasized about, maybe with friends, built herself up to, or was she some sort of sexual nihilist? Was there eye contact, or was it a game from the start? Did he believe it was him specifically, or had he not been there, say, could it as easily have been somebody else? And actually funny, also kind of insulting, the part that was him explaining in great detail to a starving man about delicious food. I could imagine this guy sinking his teeth into a glistening, thick rack of ribs. Bare-chested and sloppy, like some big, blond ape, sweating, mounting the table, baring down, to munch all over that shit, and trying to describe it, not only how much of a hero he must seem, to dudes like me, whatever, but now he’s reaching, actually trying to think about that stretchy, tingling, incredible sensation with all the trimmings—not that I was hoping, staring, at the headlights sawing out into the night—but if there was a key to it, some concept in there to unlock, then ok, tell me, be the hero . . .

“Hey Nelly, bro, in your country, they have that expression, ‘greased lightning?”

“Well, yeah, it was like, sliding into ball bearings. Yeah. Smooth. But tight bro, reeeal tight.”

What can I say? I nod. I don’t bother telling him not to call me Nelly. The turn onto Dubuque, he leans with the curve. The truck is a beater, old two-tone bronco, he drives like it’s a music video, slouched, folding, refolding his cap across his eyes as we glide up in front of the Mayflower steps. Fist bump. We mumble about next week, the boxing class, so forth, bang the door, and I light a cigarette as he drives off. There’s snow swirling in the lights. Same Indian dude, there, drinking from a big gulp, and what’s this guy always doing out here? Looking up, counting the floors to Inez’s room, and the light’s on. Thinking about it. But then, she’s probably up there holding court, her tool friends and those gay guys. Man. Shit . . .