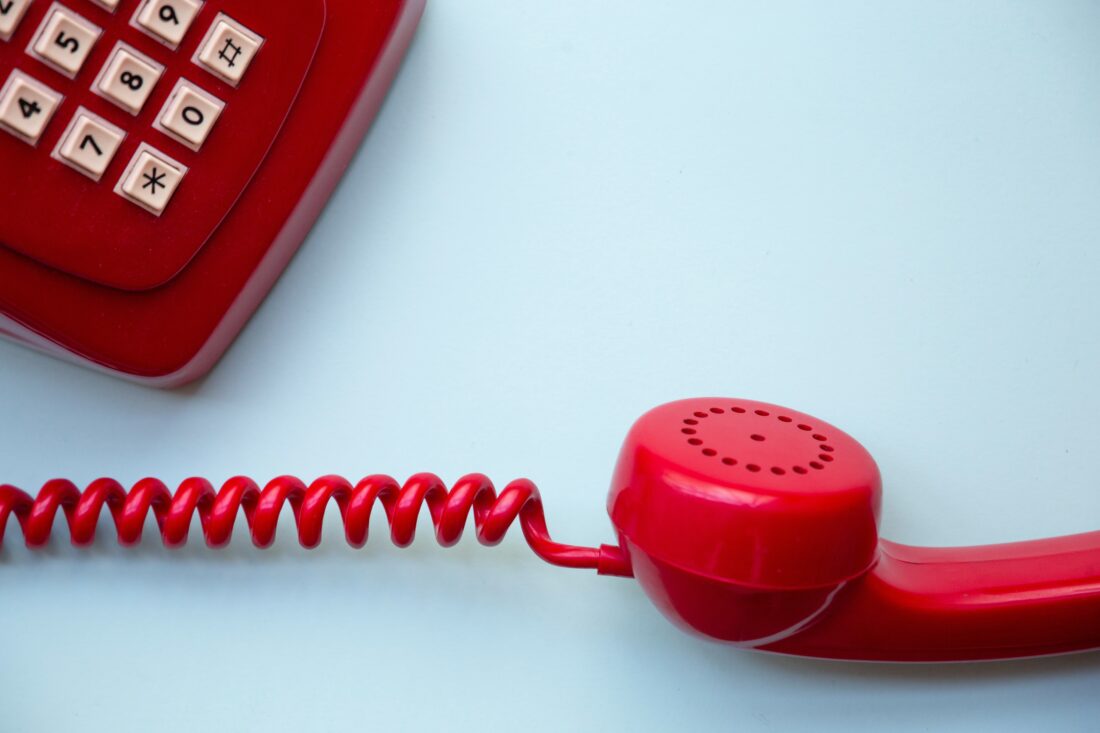 Marvin Hyer stood in the corner of his seventh-floor office, staring out across the metropolis he had witnessed evolve over the past twenty years. The city buzzed in choral unison, moving obediently in a steady flow. Marvin drank burnt coffee from the day before – his preference for quality diminished significantly, along with any sleep – and scratched his matted, graying beard. His boss had suggested he shave, as it didn’t seem to keep up with the clean-cut image of most of the other marketing representatives. Marvin declined, not seeing the point of upkeep any longer, with the exception of his wedding ring, which remained polished. The sun pierced through the enormous skyline, casting light across the floor. Marvin squinted, rubbed the bags under his eyes, and stepped into the shadows.

An hour after work began, several co-workers gathered around his desk, singing the usual obligatory celebration songs and wishing him good luck in the future. One of the younger, greener assistants handed Marvin his retirement gift. Leaving it next to the trash can, Marvin half-heartedly thanked everyone, shook their hands and smiled through gritted teeth as the others exited his office and returned to their respective cubicles.

Marvin removed his coat and tossed it on the floor. Opening the top drawer of his desk, he pulled out a heavily marked upon Travel USA book of Washington and poured over the areas he and Emma had once planned on spending their retirement years. Emma passed away ten months ago. Marvin’s fingers trembled as he traced over her notes in the margins.

The phone rang. Marvin closed his eyes and regained some composure before answering, expecting either security reminding him of the procedure for turning in his cards and clearance pin numbers or someone from the fifth floor with another problem only he could solve.

Marvin paused, anticipating more of an explanation. Nothing. “Ok, Olive. What can I help you with?” He continued flipping the pages of the travel book.

“Nothing, really. I just called to talk.”

Marvin stood upright and dug his free hand into his pocket, both appalled that someone would waste his time like this and curious as to who this was being so fucking ballsy in the first place. “Excuse me?”

“I’m just calling to chat with you before you leave.”

“Well, I’m not feeling very conversational today. Is there something you need?”

Marvin scoffed. “Is this a joke? Did someone put you up to this?”

“Seriously, who put you up to this?”

Olive’s voice hinted that Marvin ought to take her more seriously. “You did, Marvin. You made me call you. I’ve been waiting long enough.”

“Waiting on what?” Marvin asked, not hiding his rising irritation.

“Well, I’m sorry I let you down, lady. And please tell whoever the hell you’re colluding with that I’d rather not be bothered today,” and he hung up.

Cursing under his breath, Marvin grabbed his empty coffee cup and marched to the break room for a refill.  Halfway down the hall, he heard his phone ringing again. Let the damned thing ring, he thought. After several minutes of pacing back and forth, he grew agitated, sprang toward the phone, answered.

“Emma was so tired of being sick, wasn’t she?” Olive asked.

Marvin’s neck ran cold. “Who the hell is this?”

“She didn’t think it was fair that you spend the rest of your life in good health, taking care of her as she faded out of existence.”

Olive paused, allowing room for his silence. “You still see it sometimes, don’t you?” she asked.

“The dark figure, the one that carried Emma off on the day she died,” Olive said.

Marvin slammed down the phone. He sat still a moment, then shot like a cannon out of his office and into the break room where his co-workers quietly ate their lunches.

“Marvin? You okay?” a guy from the IT department asked.

Marvin’s voice rose slowly. “Who the fuck is Olive?” The air in the room grew thin as everyone held their breath, waiting on an answer. “After today, I will never have to walk into this place again, so don’t think for a second that I won’t kick any of your asses for pulling a stunt like this!” He met each pair of eyes in the room before storming out.

The phone rang again as Marvin barged into his office. He slammed the door behind him and yanked the cord out of its socket. Forty-five minutes of pacing back and forth, incessantly wiping his sopping forehead passed. He grabbed his lukewarm coffee and returned to the window, again meditating upon the living city below him. Two more hours passed. His cup was only half-empty, and Marvin refused to sit down. The sun moved to the other side of his building, leaving only shadows lying across the concrete in its memory. Someone knocked on the door. The receptionist let Marvin know that his boss was trying to call him. He returned a snide remark, reconnected the phone, and sat back at his desk. For a few moments, he waited in quiet fear for the phone to ring. It obliged.

Marvin answered apprehensively. “Yes?” His boss went on to explain what an asset to the company Marvin’s been over the past twenty years and what a great guy they’re losing. All of this was untrue, as of late, of course. More genuinely, however, he expressed his condolences for the loss of Emma and assured Marvin that, there was nothing he could have done, Lou Gehrig’s is a real bitch, but in time, peace would find him.

Marvin thanked him, and hung up the phone. Immediately, it rang again. He stared at the phone, weighing his options. He chose to answer, but said nothing. Silence lingered for a moment over the line.

“Why didn’t you go with her, Marvin?”

“Were you thinking about life after today? How you’d make up for all those long hours at work once you were retired? Washington does seem lovely, especially this time of year. And she did have some wonderful things planned, didn’t she? Just look at all of those little notes she jotted down in that book you keep in your desk. How long did you two plan for that, fifteen years? I guess some dreams don’t come true.”

“You can either speak with me now, Marvin, or I will be your shadow at every moment until your death.” Her voice was cold, harsh, void of all sympathy. Marvin continued to cry without a noise. “How many of the notes in that book are yours, Marvin?”

Olive’s voice rang polyphonic. “Do not fucking lie to me, Marvin.”

All the light around him was removed from the room, leaving him in pitch black fear. The desk and phone slowly came into focus as though someone was lifting a blindfold from his eyes.

Light snapped back into the world around him.

“How many of the notes are yours, Marvin?”

The working world outside Marvin’s door moved in fast forward. Colleagues scurried across the carpeted halls and in between cubicles. Fingers fell heavy upon computer keyboards. Rambling voices bounced against one another — all of it discordant chatter.

“Why did she die alone?”

His heart plummeted, pounding with anger and resentment at this woman who now stabbed at his most secretive, unhealed wounds. “Stop,” he grunted between gnashing teeth.

“Fine. Go. But that question will continue to linger, to haunt you forever.” She waited for a retort. Nothing. “I want to know. Why did she die alone?”

Tears and snot collided, sliding down his face and onto his shirt. “Goddammit, I said I let her die.” Hunched over his desk, Marvin sobbed into his sleeve.

“Marvin, pay attention. Or this day will never end.”

“Why did you let her die alone, Marvin?”

“I wasn’t ready,” he said, his voice barely audible.

“Damn it, enough! I don’t want to do this anymore.”

Olive continued to press him, allotting him no escape.

After cursing Olive, himself, the heavens, life, death, and virtually everything under God’s creation, “I wasn’t ready to die! I told her we would do it together but I just couldn’t see it through.”

“Do what, Marvin?” Olive asked.

“I couldn’t go through with it.”

He screamed and groaned in such deep pain that his voice seemed to shake the building. Marvin slumped from his chair and fell to his knees. In a matter of seconds, Marvin relived that night over and over again for what felt like centuries. He lay in the tub, across from Emma, watching her sleepily sink below the warm water. The pills had taken effect. Tiny candles arranged around the bathroom, dancing flames flickering, throwing little shadows of shampoo bottles and picture frames across the wall. Her hair sloshed back and forth in the soapsuds. Her freckled skin began to pale as the blood ceased from flowing through her veins and into her heart. Marvin held her hand in his. His eyelids drooped. His body relaxed. Emma’s hand fell from his. Marvin raised his head and saw it – the dark figure. It stretched a long limb, digging into Emma’s body and pulled out a tiny ball of light. The figure moved to Marvin, holding Emma’s glow, and reached toward Marvin. Panic. Blood shooting through his veins like an oil strike. Marvin screamed, flexed every muscle in his body, drug himself out of the tub and to the toilet. He stuck his whole hand into his mouth, down his throat, threw up. He did it again and again, until there was nothing to puke up but air. The dark figure stood beside the bathtub, holding Emma’s glow, and faded away.

After an eternity, his throat grew dry and his voice sank back down into his stomach. His growls slowly became whimpers as he knelt on the office floor, begging for the pain to end. The phone receiver cracked as his grip tightened, and again as his hands began to tire. The voice on the other line eventually called his name.

“Are you still there, Marvin?” Olive continued until Marvin slowly brought the phone to his ear.

“Leave me alone.” His voice was hoarse, tired, lifeless.

Marvin felt his lips move, his tongue flick, his vocal cords vibrate. Not a sound. Only the thickening of Olive’s voice drone on until a static hiss came through the receiver like a whip cracking Marvin back to attention.

“Where did you go?” Emma asked.

“When will you be here?”

Emma let out a sweet laugh that echoed into the oblivion that existed on the other end of the phone. “I love you, Marvin,” she said.

Olive’s voice rose in a whisper from behind his back. Listen. Marvin spun around to an empty wall. His eyes darted around the room, finding no one.

“I’m so sorry.” Marvin sobbed into the receiver.

“It hurts,” Marvin said, struggling to get the words out.

Marvin listened to the hiss on the line, his body feeling heavier by the second on the floor. “I’m tired.”

“See you around, Marvin.”

Marvin set the phone upon his desk and slowly rose to his feet. He packed the travel book inside his briefcase, refusing to look upon his office any longer, and left the building forever.

The purple evening sky fell upon Marvin as he trudged along the busy sidewalks. He walked the rest of the way home.

Marvin lit the candles around the tub, drew his bath. He took off his clothes and stood naked over the water, looking down into it, watching it calmly ripple, become still.

Marvin sank into the peacefulness of the water. In his chest, he saw a pulsating glow. Outside the window, the city quieted to a low hum.