THE GOVERNOR AND THE STRANGER 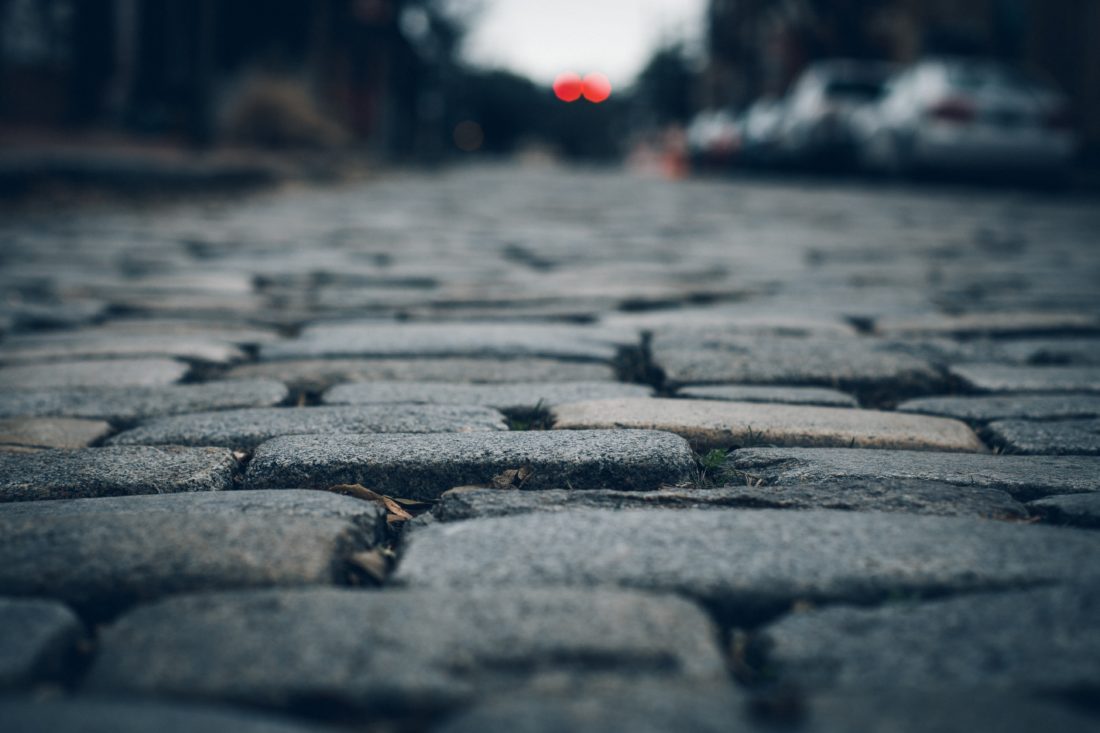 GOVERNOR: Potholes have ruined the roads in and out of MY province. Merchant caravans have ceased passing THROUGH! Preventing us from sending potatoes to the ends of the empire where famine is rampant and our STAPLE remains in demand. Now, why won’t the Emperor, our supposed ADVOCATE, send us the STONE to repair our roads? Because in the capital, potatoes are plentiful. Towering silos in the merchant district are loaded with YEARS of food! No disrespect to the MINISTRY, but just because you have engineers and visionaries and god knows what other devils to help you erect architectural monstrosities wherein you STOCKPILE the fruits of your vassalages so that you no longer need to PLEASE them doesn’t mean your responsibility to secure functioning trade routes lapses! THAT’S your mandate, is it not? It’s the only reason the hinterlands don’t splinter into ANARCHY! And I say this as a willing and grateful tributary of the Empire, long may it last! Furthermore, by hoarding potatoes, the capital granary has also effected a depression in the market. We can’t sell potatoes to the ONE place our ONE good road goes because they’re up to their NECKS in them already! And that’s not to mention all the OTHER foods their adventuresome armies have given them access to over the years—pork, salmon, strawberries, walnuts, you KNOW I could go on—all of which I freely admit are superior foods to potatoes. So, stranger, cloaked assassin or whatever it is you are, skulking about in the tavern where you just so HAPPEN to have saved the captain of my guard from choking on a plum pit or whatever concocted pretense initiated this audience, I ask you, HOW can we procure the stone necessary to mend our roads with potato prices so low, KNOWING the Emperor never sends anything of value ANYWHERE unless something of value is going back in the same carts it came in? And NO I won’t sell my subjects. I may have been born somewhere far less grimy, among people less savage, but these are my CONSTITUENTS and I have come to ADMIRE them as if they were my KIN. Enslavement will NEVER be an acceptable solution no matter how deep our woes stretch or how far down the Ministry grinds us, whether they intend to or not. TWO. How can we afford to forego the premium potatoes command in the barbarian outlands without the roads to get them FUCKING there? The very stability of the provinces depends on this! Do you think my subjects enjoy being underfed, underpaid, and overburdened by bureaucrats living under different colored skies? Do you think they’ll stand for it for long? These are simple people. Potato people. Not wine and cheese people. They’re not soft and fat, nor are they understanding! They’re one meal away from hunger, and a month of hunger away from REVOLUTION! Do you think I wish to watch my sons’ and daughters’ brains bashed in with their crude cudgels? Before being brained myself? Do you think I wish to die comprehending what my usurpers ASSUREDLY do not? That by toppling my household they will merely incur the cruelty of four thousand TIMES as many Imperial troops as comprise my beggarly guard? Who will no doubt be sent? Who will no doubt slaughter every one of them in the BITTER retribution for which the Emperor is known? Can’t you see I’m caught in the middle? I don’t want my adopted people exterminated or enslaved, INCLUDING the many who’d gladly replace me! I simply want the potholes filled! So, PLEASE, if you have wisdom, spill it, and name your price. I’ll vacate my vault, sell every jeweled ring on these fat fingers, and part with every sanctifying totem of my station if it means one percentage improvement in my province’s chances to be spared from the preposterous onerousness of this Imperial yoke, long may it HANG!

STRANGER: Mention not your fortune further, Governor. My council is free to take or leave and although I ask a favor, I do not require it. Open your gates, and in the center of your keep, have your guards build a fire. Bring out the bards, and pay them to play. Open your cellar. Get the town drunk, and the country too, but let them know it’s your wine and not the Emperor’s they’re drinking. Their only price of admission, half a bushel of those potatoes you can’t seem to move. When they’re good and drunk, bid them chuck their hard-earned harvest into the heart of the bonfire. Nothing vents pent up urges of an insurrectional nature like a bit of controlled vandalism. And do nothing to rescue those potatoes. Let them burn until they’re charred and black as the mother of the Emperor’s heart. In the morning when the last embers cool, tell the revelers to harvest the potatoes once more, this time from the ashes, and upon returning to their hovels, use them fill every pothole they find on the way. The deeper the hole, the more they’re to pour in. Then send your guard along the thoroughfares you’d most like reopened with carts of their own doing like for like. When the potatoes are packed in the potholes, bid your minions pound them with pots and blankets or perhaps those cudgels you so trepidatiously mentioned. When the spring rains arrive, the charcoalized carbohydrates will congeal. By summer, the sun will bake the mélange into an impromptu clay. It won’t last as long as stone, so send your swiftest messengers to alert the caravans a stop-gap measure is in place. For this measure, unlike the wine, give credit to the Emperor. This will convince the merchants of an Imperial interest in the refurbishment of the thoroughfares, and they’ll believe stones will soon be flowing from the capital into the province. The hope to be the first to load up on the vast supply of potatoes your peasants did not destroy while prices are low will drive the caravans back to your gates in droves. Crediting the Emperor for the potato clay will give the Emperor, when he eventually comes to understand your maneuvering, room to maneuver himself, in terms of mercy. Commerce with the frontier should resume forthwith. The capital’s potato surplus will dwindle over spring, and by summer prices should recover. I say should, but I know they will for a fact, and one thing I do ask is that you don’t ask how I know. Sometime in June, Governor, the hundred-day moving average of the price of a bushel of potatoes per ounce of sovereign will cross above the two-hundred-day average. Consequently, the Emperor and his minsters will believe potatoes a wise investment once more. You should then be able to entice them to give you all the stone you need in exchange for all the potatoes you still possess. That the Emperor will be seen by the merchants as the architect of both temporary and permanent remedies constitutes your political cover. Only you and the Emperor will know that you’ll have pressured the capital into actions advantaging your province by limiting the options of theirs, but the Emperor is if nothing if not pragmatic, and as long as your secret remains so, I would not be surprised if he even respected you for it, Governor. Now, I don’t anticipate that circumstances will degrade before potato prices bottom, but if they do, I’ll leave with you the name of a spy living in the capital who is rather violently opposed to the Empire, whole cloth, but who is rare in that he is not reckless in that particular outlook. Assuming you’re not above dealing with foreigners to achieve a purpose that will, arguably, strengthen the Empire in the long run, by, as you suggest, preventing a local insurrection and the fraying of the commercial sinews that bind the outlands, you may use some of the wealth you so colorfully alluded to in the conclusion of your petition to pay this person to introduce a mold or other pestilent agent into the capital granaries, steepening the increase in the price of potatoes by sabotaging the surplus. And if the situation grows so dire that it becomes worth an even greater risk to you, you may even persuade my spy to poison the potatoes outright. This may backfire, of course, depending on casualties, by reducing demand in general rather than simply curtailing the supply available to the silk-slippered citizens of the capital, but I mention it in order to appease you anxiety, as I have gathered that yours is a mind in need of an endless chain of backup plans upon backup plans before it can proceed confidently in any complex gambit and still be able to sleep. This course is a lot to consider, Governor, but I believe it will give you the greatest chance to avoid catastrophe at the least expense in the timeliest manner. As for compensation, which you are free to withhold should you have any reason, I have some business in the next province that is rather urgent and, coincidentally, tangential to our foregoing discussion, if only in theme. Although I usually move on foot, that business has been delayed by my interaction with your guards this afternoon, and our conversation this evening. Its chances of success would be greatly improved by a good night’s rest and a hard ride at dawn. I therefore ask, if you deem my council worth remuneration at all, for a bed and a meal for the night, and a wineskin, and a meal and a horse in the morning.

GOVERNOR: You shall have it.