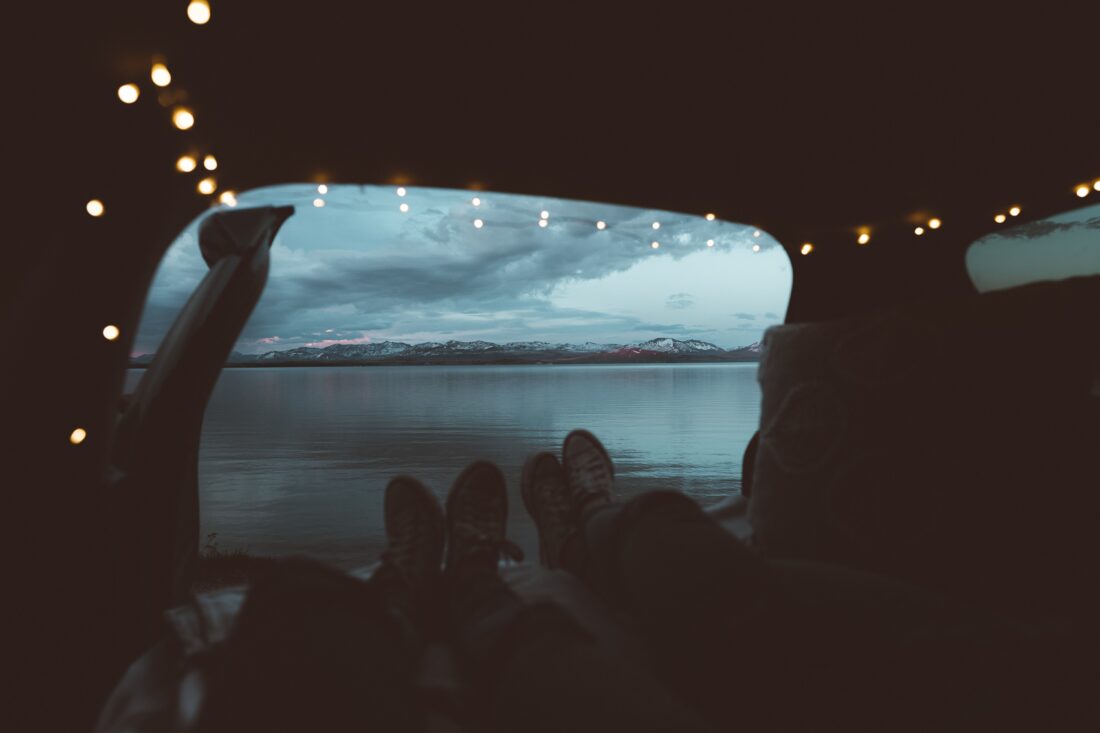 Jade texted one Sunday morning in early March. Spring had all but arrived, perfect on a cascading breeze down from the mountains, but if I knew anything about Colorado weather it was that one final freeze loomed frigid on the horizon. It had been well over a year since we’d had any contact. Jade wanted me to know her visa had been approved and she was moving to Australia. I could tell, even with the reserved wording of the text, that she could barely contain her excitement. I’d moved on. A new relationship. A dog. But I remained in Denver. Where we’d moved. Where she left. And I stayed. I was confused why she’d be texting, then reread the first few words: “Here’s some milestone news,” and remembered the last time we spoke we agreed to only mention positive things moving forward, milestones in our lives. I had no intention of following up and assumed she didn’t either, but there the message was, subtle and clawing through the bright promise of a cloudless Sunday morning.

I’d experienced few milestones of which to speak. Unless hangovers were milestones. Nights I didn’t remember bred out of an endless desire to forget.

I couldn’t help but remember when Jade moved out.

I had two weeks to vacate the Speer apartment. She was staying with a couple we knew out in Broomfield. Or Wheat Ridge. No, Westminster. Who the fuck knew? It was all suburbs. They were Jade’s friends. She and the woman attended holistic medicine school together. I imagined them sitting around drinking craft beer feeling sorry for me. Wondering what I might do next. Wishing their solemn best. Badmouthing me wasn’t Jade’s style. She was more likely to lament how heavy the decision to cut me loose weighed upon the feathery lightness of her soul.

I was out on the pizza route passing the convention center and the giant white alien-looking statues on the north lawn when Jade returned from Mardi Gras and texted that we needed to talk. The bomb cyclone had slammed the city a few days earlier, but the remnants had melted into nothing.

That was Denver, though.

I cashed out and drove home. Jade was on the porch with a bottle of wine. She wore a winter hat and a thick coat. Cheeks flushed. She looked beautiful in the soft light that crept from the bedroom window. The breakup was fueled by laughter. Mostly hers. She laughed and smiled and ended things.

“I never understood why our sex life stalled,” she said, standing to leave. “I think it was a ‘you’ thing.”

She stumbled to the street as an UBER arrived.

“I would have been such a little slut for you,” she said and disappeared inside.

In the days that followed, I sent an unhinged text thread about how I could be better and how much I missed her.

Hours later she responded: Do you mean all of that?

I thought about it and concluded that while I did miss her, I was unwilling to do the work I’d described to become better and didn’t respond.

After a week, I felt better.

I’d smoke on the front porch between packing or shifts or sessions at various bars on South Broadway. There was an Irish Pub I liked called Dougherty’s. A real shit hole where people crowded around a game where you beat a nail into a log with a hammer.

One afternoon, an attractive young woman dropped off an Amazon package while I was smoking a joint on the porch.

She lingered after dropping off the package.

“You guys are like your own postal service,” I said.

“Without the benefits,” she joked.

I offered the joint. She looked around and took it, “Should help my productivity.”

I climbed in the back and sat on boxes. A handheld device with a touch screen started talking.

“Your next delivery is 58 Pennsylvania,” it said. “One package.”

“I’m going to get fired for this,” she said.

For an hour I sat on boxes while she delivered packages. I felt like a supervisor on a ride along. Eventually she took a break and parked on a side street.

“How long have you been doing this?”

“Moab,” she said. “But then again, I’ve always wanted to see the Pacific.”

She’d parked on a side street north of Wash Park. It’s nice there and drowns out the city sounds you hear even a few blocks closer to South Broadway.

“So, what was their name,” I said and nodded toward her ring finger.

She looked down at the less tanned band of skin, “You’re very observant.”

She stopped eating the sandwich and offered it to me. I declined. The last thing in the world I wanted was a wrapped for lunch sandwich.

Her demeanor had shifted, and she seemed like she felt awfully alone.

“Here’s what we do,” I said. “We drive this van where I think we should and then we send you on your way.”

I think she was scrolling through some photos.

I jumped in the front seat and drove the van. I put on the vest. I connected my phone to the console and played Robocop by Kanye. She sat in the back on the boxes. I cruised from Wash Park down Downing, took the weird left that keeps you on Downing, but not actually, then ripped a quick right down a one way to get back on Downing because that’s what you do.

We rode through Cap Hill, crossed Colfax, passing the Papa John’s bus stop where you could witness anything, passed a block away from my favorite margarita place, Las Margs, 2 for 1 early, but we were headed out to Globeville. Or at least where Globeville and RINO had become one.

The Pepsi plant was out there, and so much new stuff was popping up. Like the Catbird Hotel and a giant indoor putt-putt facility brought into town by the Top Golf people. More breweries than you could throw a stick at and a dive that most sensible people would avoid until it rebranded into a trendy new bar.

You could roll up close to the Platte behind the Pepsi plant and it was a nice park and walking and bike path.

“This is where you wanted to come?” she asked.

I stacked as many boxes as I could and carried them down to the Platte and tossed them in. The Platte is all polluted and shallow and moves slow, so it took a minute for the current to take the boxes.

She wandered down with a few boxes, hesitant, but tossed them.

I staggered, laughing, and she did, too. And we stood there watching things people cared about, needed, wanted, float way.

“I’m going to get fired for this,” she said.

We emptied the van and stood in the staggering dull Colorado midday light watching cardboard boxes float down the river while sunbeams gleamed off the addresses.

“I don’t suppose you’re going with me,” she said.

I wanted to watch every single box disappear.

She left and left the van and I watched boxes tumble and turn funny, get caught on rocks or dirt until they eventually gave into the water’s movement.

My hope was that if Jade moved halfway across the planet, I’d be released, but what I realized was that I could never escape a text, an instagram, twitter, facebook search. Maybe I’d spend weeks, months, years without seeking her out. Maybe she’d spend weeks, months, years not thinking about sending me another milestone text. But eventually something would rise, like the sun over some gold coast Australian beach or a stunning mountain as far out as I could get in Colorado, beautiful and still and nothing until people entered the equation Malick-film, blinding, and that I’d just keep hearing from her and that the remainder of my life would simply be watching it burn and burn and burn, to who knows how many degrees, regardless of how much time I spent trying to coolly chase my own milestones.