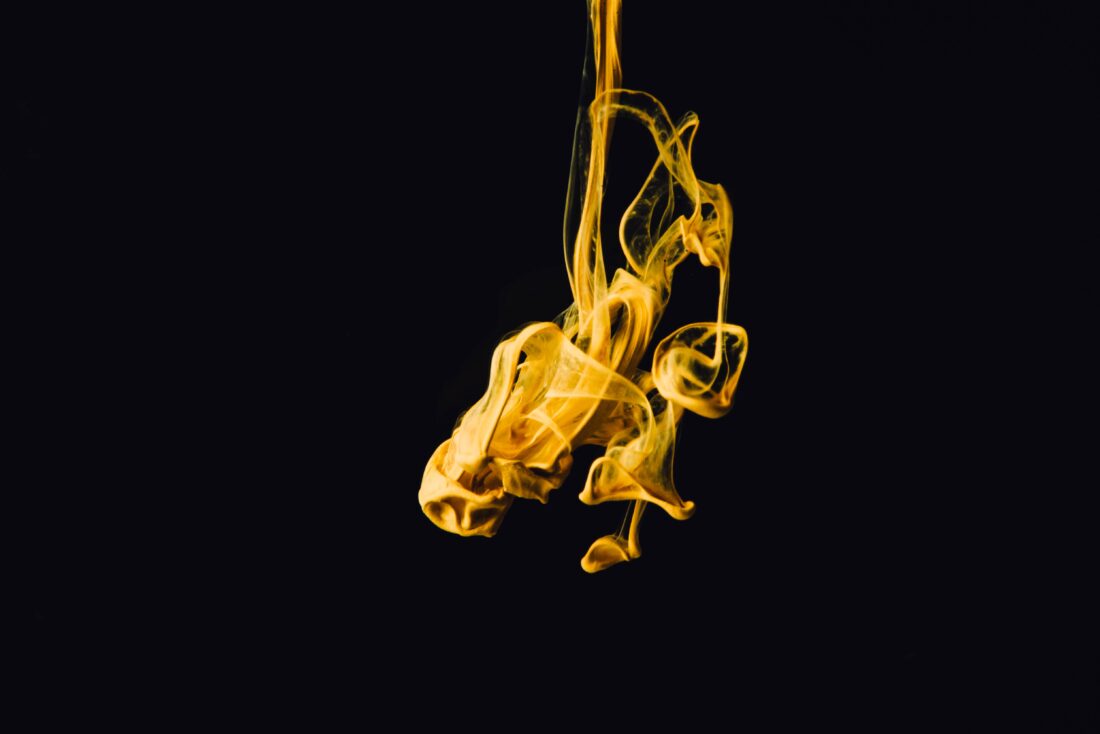 The second ambulance and I almost touched.

Two weeks earlier, I was the one inside, but no one was there. I was reading Villon before I received the news. Trump was still president. I was twenty-eight, she would’ve been thirty. I left the apartment and walked to a bar on Cortelyou, ordered a vodka tonic. The total read $11.08 on the receipt. This checked out with city prices. I only had one drink.

An ambulance ride unconscious, then a hospital. Confirmed two weeks later by a four-figure bill from the FDNY and vomit on the bedsheet. An administrative shape handed me discharge papers and pointed toward the exit. I don’t remember anything else.

I didn’t think to ask questions until I was facing the highway. Outside, the world was still dark and dew-covered, and by dawn I was on a plane to Minneapolis, blurry red eye into blue. I never went back to the bar, either. Maybe I didn’t want to know anymore.

I remember holding her body for an hour, kissing the irony out of her tattooed feet. I can still smell the formaldehyde, the burnt brown sugar shower gel she used. I was surprised, holding the urn holding her ashes on the way home, how warm they were, and how good that felt against my chest. A fragment of a fragment I could no longer composite.

Several days later, back in Brooklyn, I needed to know what dead eyes looked like. I searched for blue ones on Google, invited them into my liminal hours. Strangers asked What happened? and I told the truth to the ones who didn’t. I let myself forget she was dead, that I was still alive.

And I remember the second ambulance.

On Avenue H, crossing Ocean Avenue. Jolts from every organism on the street traveling through me, each step extending an infinite caesura. Chevrons painted on pavement, pressed into a large grasshopper’s femur. Indicating where not to go. A flash of red, almost an aura, barely a millisecond from opening me, spilling an essence. The world froze a moment, technicolor bright, screaming on both ends of the street. The miniature white WALK signal stationary. My pace unchanged—

A single wing remained untouched in the thin alley outside my kitchen window that winter. A sharp-shinned hawk had snatched the pigeon it belonged to from the foul air shaft and brought them round to feed on the fence, neatly de-winging and consuming the bird in seconds. I was transfixed, convinced the encounter was symbolic.

“What if it was the same ambulance?” my friend Will asked.

This made the most sense. Secret acts in life became acts of love in death. The moonstone ring I left on her sink. The ring she pocketed to keep, bent out of shape, finally split from her finger, now meant more to me than it ever had. The first had to occur for there to be a second. My grief was an extended stretch.

But death was irreversible, unlike my relationship to the past. We all end up in the same place, but the experience is undeniably different because the possibility of a future sign exists. The only question worth asking is how.

The wing under a fresh layer of snow reminded me of childhood, a quest for unconditional love I could never slake. My mother explaining how to spell ambulance. She wrote on my ID in peacock blue: ‘DO NOT CALL AMBULANCE.’ A-M-B-U-L-A-N-C-E. Ambulance. It was snowing then, too. I was beginning to notice philosophies I ascribe to enacted, the sense of good in the bad and bad in the good. Abstract nouns to specify abstract nouns, deeper and deeper cover. Less I became invested in identifiable life. I couldn’t afford the inevitable—to lose another again. There was nothing to prove.

In the spring I found a recipe for red pepper marmellata, torn out of a notebook and displaced in Prospect Park. I waited for hours in the rain to see if the owner of the recipe would return, certain it was a treasured heirloom, but they never did. That same evening I bought peppers, felt compelled to follow directions. To reduce, add pectin and reduce more.

Brooklyn was turning verdant, the lichen gloriously unbridled. I decided on honeysuckle for breakfast, and Will met me in the park at the Camperdown elm. I loved the labor of gently detaching the bright green calyx from the flower, pulling the style through for a single drop of nectar from the stigma.

I remembered sketching musculature from a Portuguese reference book on bovine anatomy at the city library, a cloud forever stilled on the ceiling in impossible portraiture, the shadows of buildings waning in the periphery windows.

We were almost to Washington Irving’s bronze when I spotted a cicada nymph in the middle of the path, freshly emerged from the cold earth and more sensitive and prone to injury than an infant. Human. I carefully edged the creature on a fallen leaf and carried them to a nearby ash where they could grasp the rough bark, finding sap and shelter in the high branches, to expand and stiffen.

“I thought I found god in the eyes of a goat, but he hadn’t grown into his horns,” I said. Will waited for me to look up.

“That’s the problem. You never notice the horns.”

A reference to my first tryst after death, I guessed. A crippling worst case—John Martin’s The Deluge. I considered the cicada. How powerful it would be to bury my pride for seventeen years, even if only for the remainder of this one.

When I take your hand, I can’t take that back. I knew better than to hold anything. I should have ended what never began there, but I didn’t. I let him take me to bed, showed him a bar near Museum Mile that boasted an aquarium I focused on recalling instead. A swollen banana frog floating upside-down, bobbing along the top of the tank.

What do you think: dead or alive?

I visibly brightened. This threshold captured my attention: both possibilities hopelessly beating an eternal sigh. He was certain the frog was dead. It was the knowing, I felt, that killed the frog when they were alive, as in dream when we are unable to touch. Sometimes the most revolutionary choice is to refuse.

Several weeks later, the energy singing in my cells faded in a vague suicide. The wing had changed, the bone stripped of flesh and feathers now resembled the profile of a hawk in flight. Decay surfacing in the heat.

To empty space, I mouthed, Laura, I wish you were here. Nearly a year had elapsed since her death, and still I was mostly grateful for what I had lost. The past had drawn a circle behind me the night I forgot to die last June, entering something else. I counted two worlds, pulled into both realities at once.

I thought of Dante, how his love for Beatrice transcended the physical world and reflected the divine light of his lifetime—how they both became more through his art; his love for her unconditional, eternal and unrestricted—a way of being with her without being able to be there. If Dante had fucked Beatrice, he would have cast a different rose. A consequence of their location in time.

And wasn’t all love—all death—unrequited?

I ran the length of my block to jump the fence and reach the alley, wrapped the pigeon wing in brown paper and placed it in a bag. Carefully, I walked to the park. With a small shovel I began to dig a hole in a circle of trees, across the water from where the swans had compiled their nest this year. I buried the thing and felt relief in knowing, for certain, that it wouldn’t be there in the morning. People don’t like to talk about how freeing death can be, how light introduces separation. Now you see me, now you don’t.

I didn’t mind standing on the Q train, no matter how long the ride, because I could look out the window. Underground, everyone is in monologue. I liked to sync up with the B train, nearly touching, imagining I was on both tracks, as well as still at the Avenue H station, waiting for one of us to arrive. Dead or alive? Maybe at Union Square this time, somewhere both of us could feel the sun again. Maybe I finally had lost what I needed.

Rootless became a blessing in disguise. I could go anywhere. I shared a subway car with a man who held a large framed mirror I thought was a painting until I saw myself in it. What was past can be in the future too, and who am I really if everyone I know has left, is dead. Maybe not having a fixed frame of right around the corner is enough desire to distinguish accommodation from truth—is another way of saying, I believe in you—