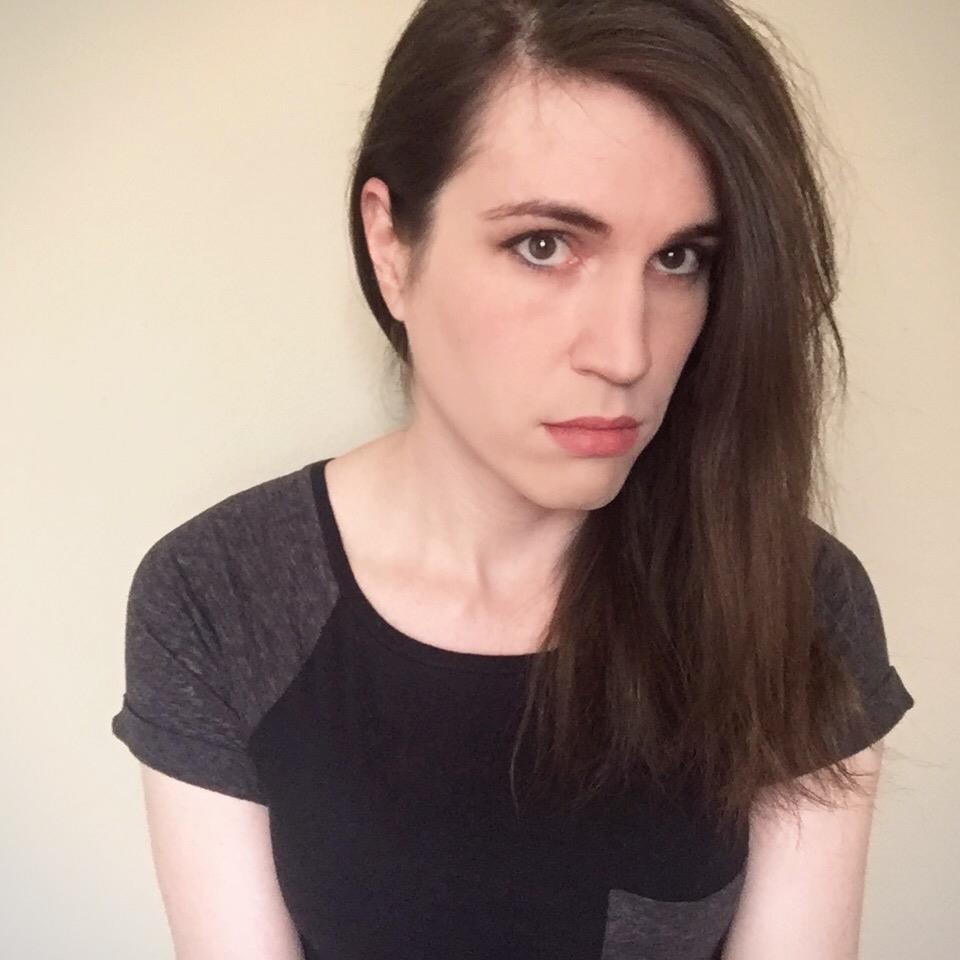 Joshua Jennifer Espinoza is a trans woman poet living in California. Her work has been published in The Feminist Wire, PEN America, The Offing, and elsewhere. Her full length poetry collection THERE SHOULD BE FLOWERS is forthcoming in August through Civil Coping Mechanisms.

I don’t want to belong in this world. I want to end it and make something new, something better.

When you write, is there ever a time period of your life that you go back to more often than others? What sticks out?

There are a few particular moments I find myself circling in my writing—my first existential crisis at age five, junior year of high school when I started experimenting with my gender and presentation thereof, the period of time around 2011/2012 when I had a psychotic break, and my subsequent recovery that led to me finally deciding to live openly as a trans woman all come to mind. I am drawn to these moments because I have the desire to transform them—to render them more legible or less legible—to dull the edges of the trauma or to make them sharper—to remember or to forget. It all depends upon how the memory is moving through me at the moment.

How important do you consider representation within the current state of literature, especially poetry?

I’m not interested so much in being included as I am in fucking shit up. Representation, to me, implies subsumption. I don’t want to belong in this world. I want to end it and make something new, something better. That said, the ways in which certain folks are institutionally excluded from the literary world are glaring. There is work out there that deserves to be heard that is instead being actively silenced while racists, transmisogynists, and other bigots are given platforms for their mediocre and harmful shit.

You bravely discuss your own mental health struggles in both your writing and your macros. Have you always been so honest and vulnerable? Do you consider this vulnerability a strength?

I hated talking about and thinking about feelings for most of my life. Though I often wrote about mental health in my earlier work, I was always trying to make my depression, anxiety, and neurodivergence this abstract thing—I didn’t want to feel anything. I wanted the poem to feel for me. This only made things worse for me, and around the time of my last big breakdown in 2012 I realized I couldn’t go on like that. Vulnerability became the result of this epiphany. It was either be myself completely and openly, or stay in bed for the rest of my life and waste away. In that sense, I consider vulnerability more of a necessity than a strength.

What do you consider the line between activism and art? Is there a line?

I think many people don’t have the privilege of separating the two—politicized subjects will always be forced to justify how they explore their material position in the world through their art. Even when the politicized artist doesn’t necessarily want their art to be seen as capital-a Activism, it will inevitably be regarded as such because of how they themselves are positioned. I feel that this argument about the line between activism and art thus becomes a trap for people like me. I don’t want to have to explain myself or justify anything when it comes to how my work intersects with my experiences as a trans woman. I often try to imagine what it would be like to be able to focus only on creating beautiful, aesthetically pleasing things, but I can’t. I can’t even begin to fathom what that would be like—I’m sure it must be nice though.

Why do you write?

I think I used to know, or at least thought I knew, but I don’t really have a coherent response at this point in my life.  I think “I have no idea what else I’d do with myself” is probably my best answer.

If you could write a mountain or an ocean which one would you write?

A mountain at the bottom of an ocean—Mount Everest sitting in the floor of the Mariana Trench, its peak coming nowhere close to even brushing the surface.

A thought you’ve been having a lot lately?

Trans women are so fucking underrated.