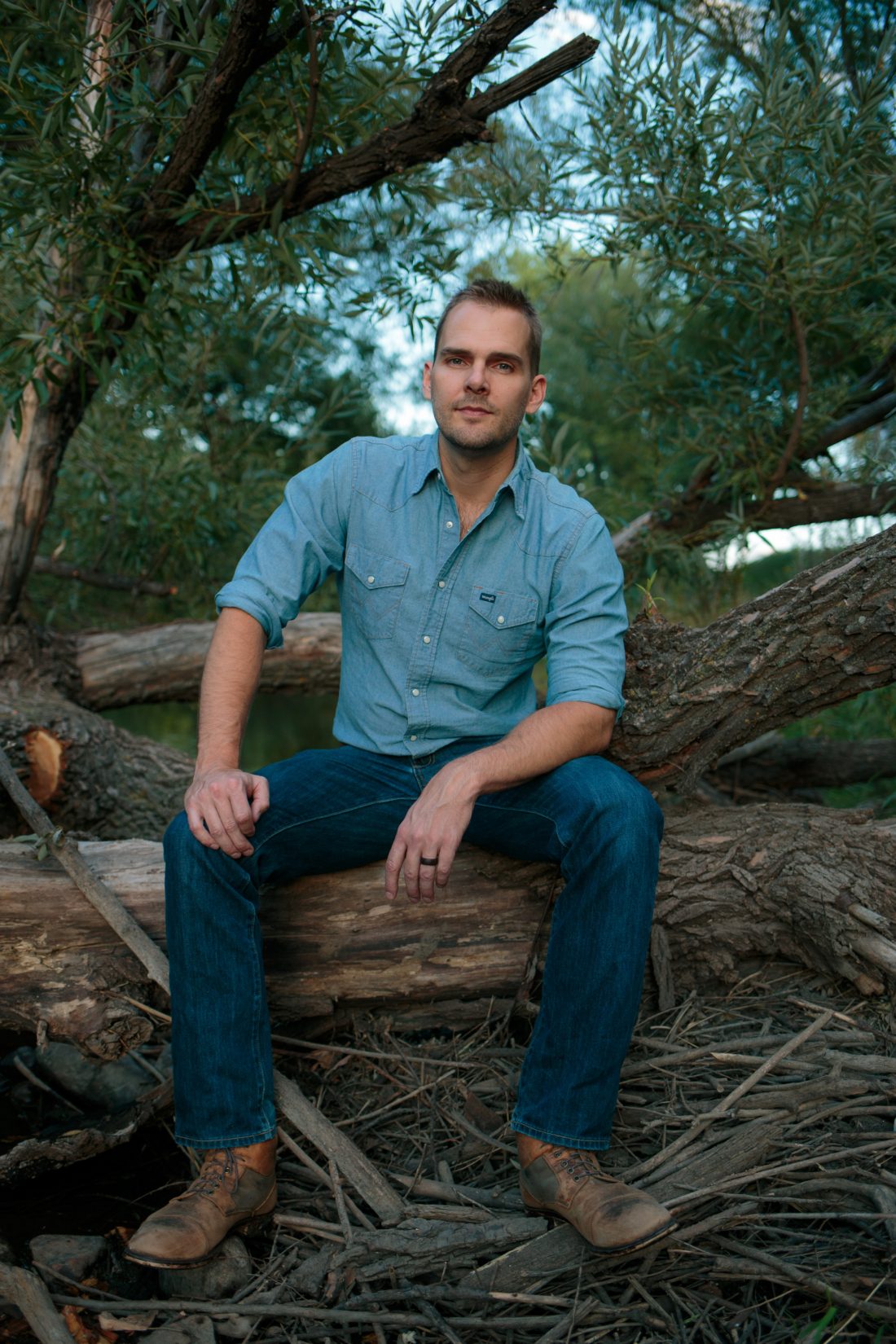 Bart Schaneman on The Silence Is The Noise

Bart Schaneman didn’t write a book. He created a living, bleeding entity. Pulsating pieces of paper that touch and ground you. The Silence is the Noise allows you to remember yourself, your upbringing, along with all those monumental periods and places and faces from childhood you faintly remember that seem so small yet significant now. Hometown heroes. Small-town zeros. Amber waves of grain. A Midwestern love story under a blood-orange sky. It touches a nerve and makes you cringe in the most bittersweet way—like reading your 5th grade diary as an adult, only without a lick of regret or an ounce of reserve.

Schaneman’s didn’t just hit close to home with me. It friended me on Facebook. It knew my parents. It went to prom with me. It was the old, familiar face in the crowd of strangers at a smoky bar. It came home with me and talked with me until we watched the sunrise. The Silence is the Noise knew everything about me, and I more to know more about it.

Thanks, man. I get that a lot, but no, just Bart. I asked my parents about it once. I had a suspicion I was named after the sheriff in Blazing Saddles. But my dad said no, he wanted a short, masculine name. Seems to have worked fine.

Yes and no. Not really any more so than any other kid who grew up in rural America. We went to church on Sundays growing up. I had a pretty religious phase when I was 19 or so, but it didn’t take. That’s about it.

I grew up on a farm in western Nebraska. I set that book – as I do much of my other fiction – in that place because it’s the one I know the best. I consider myself a place-based writer, which means I try to write about the landscape and the natural world and how it affects the characters as much as I can. It’s easiest to build that skill by writing about a place you know well.

All of my fiction is autobiographical in the sense that I have been to the places I write about, but the experiences and the characters aren’t drawn whole cloth from life. You could say that some of the chapters are inspired loosely by people I’ve known and moments we’ve had together. But it’s all fiction.

I’ve always wanted to put down a story that was set in western Nebraska. There is so little writing about the part of the world I grew up in. Don’t ask me to speculate why that is, but I love that place. I think it’s extraordinarily beautiful and deserves to be represented in literature.

When did you move away from home? How did that affect you?

I’ve lived in my hometown a couple of times as an adult. If this book’s about anything it’s about what it’s like to go back once you’re older to live in the place where you grew up. That’s a complicated experience.

Not really. I think calling it that would be reductive or an over-simplification.

Right at this very moment.

I’m currently employed as a reporter writing about the cannabis industry. I love journalism. The pay’s not great, but it’s a good way of life. I’ve never truly gone all the way freelance. I’ve been working for newspapers and magazines on and off for 15 years. I do some freelance reporting projects on the side, and I write for myself as much as possible. But it’s good to have a job. It takes the pressure off. It lets you write the way you want to when you’re writing for yourself.

I don’t know if you have to, at least not all the time. A lot of great fiction has been written about people and places the author knew nothing about firsthand. But I definitely like those stories where you can tell the writer, or the narrator, knows the places and the people who make up the story. There’s a clear sense of authority you get when a narrator knows the names of the trees and the birds and the insects. I like first-person books about as much as anything. It’s probably my favorite point of view.

That’s very nice of you to say. I don’t need a special room or place to get work done. Any quiet space with a flat surface will do. If you don’t have that headphones help. On a perfect weekday I’ll have gone to bed at a decent hour so I can wake up early the next day before work and write. I usually walk my dog first thing to get my head right. Then I sit down for about an hour to an hour and a half and work. I just have a little desk tucked against the corner of the wall in my industrial loft Denver apartment. When it’s going well I can get a thousand words out. That’s only when all of my discipline is working and I don’t have any other distractions. If that’s not happening then I try to put the time in after I get home from the office. At a minimum, I strive for 500 words a day. It worked for Graham Greene, and if it was good enough for him, then it’s good enough for me.

About a year, on and off. I started this story last fall in a writing workshop I was attending at the Lighthouse Writers Workshop in Denver. The workshop is a great way to force yourself to put out the pages and think critically about your work. I received some insightful feedback from that group and I used it to make this story much better than I had originally written it.

Of the the writers in the more classic tradition I love F. Scott Fitzgerald, Ernest Hemingway, William Faulkner, Willa Cather, Jim Harrison, Annie Proulx, Cormac McCarthy, Gabriel Garcia Marquez, Roberto Bolaño and several others. That type of writing was my foundation for learning how to write. Of my contemporaries, I’ve been enjoying writing by Bud Smith, Amanda Oliver, Noah Cicero, Adam Gnade, Ella Longpre, Nate Perkins, Benjamin Whitmer and many more. There are a lot of people putting out great writing right now who help push me to do more and do better.

I’m always working on something. I have two novels in the works and I’m slowly building an online magazine I’m not ready to talk about yet.

Yeah I think so. There’s a lot of talk in today’s contemporary writing world about “cultural appropriation” and “who can speak” and all manner of other over-thinking on Twitter that I can’t understand. I don’t have an MFA and aside from a couple of workshops I haven’t spent much time in classrooms talking about writing. So I don’t know what I’m supposed to write about or what’s off-limits, and I don’t much care. I think my role as a writer is to go out into the world and see things and talk to people and take notes about what happens then go home and work to make the material clear, concise, and readable. That’s what I’m trying to do.