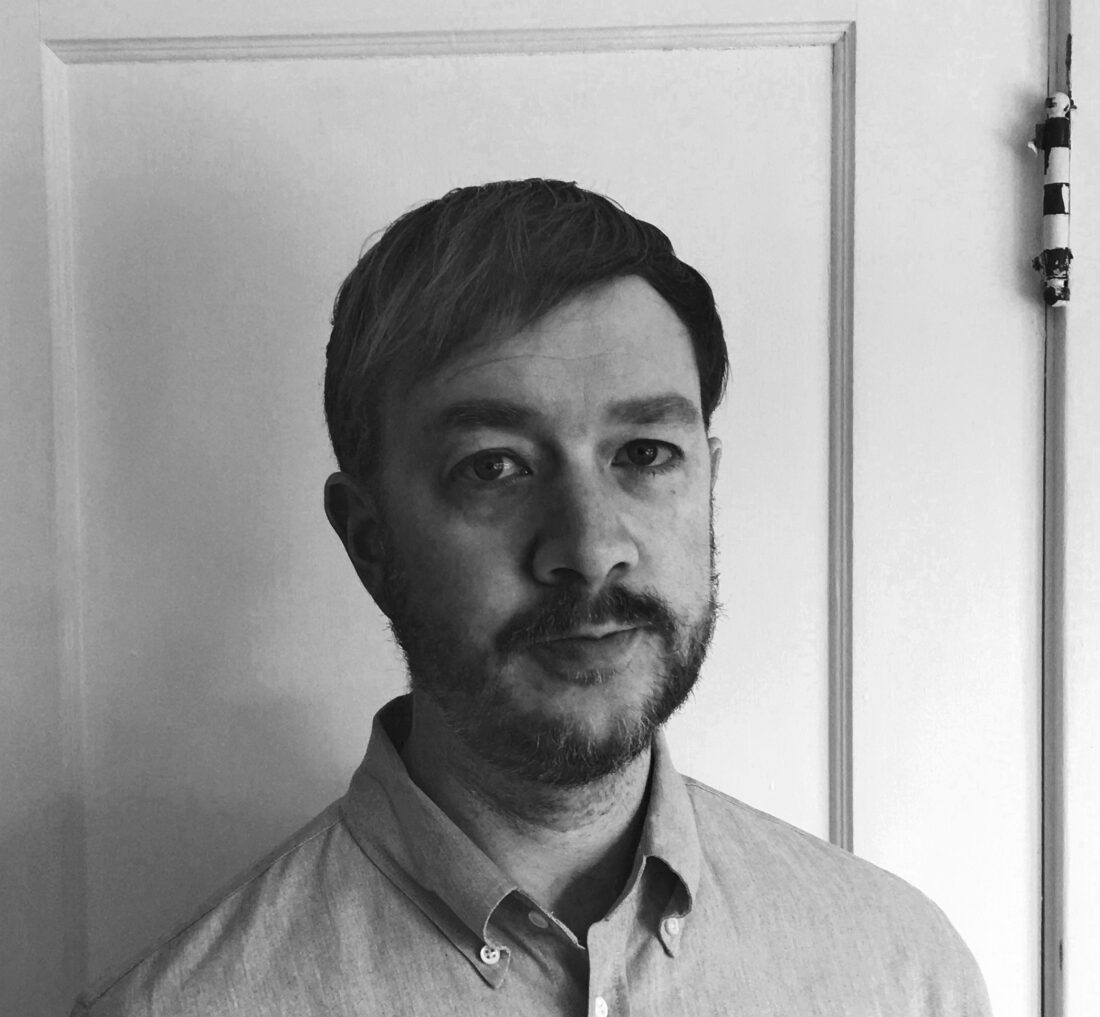 Into Liberatory Futures: An Interview with Chris Martin

The pains of heaven, the pleasures of hell, imaginary homelands, livestock auctions, naked internet oceans—in his latest collection, Things to Do in Hell (Coffee House Press, 2020), Chris Martin strings us along a walking tour of hell that happens to look a lot like contemporary America.

Martin indexes dichotomies with grace and delicate precision, and then turns his investigation inward. In “Answers”, he writes: “Whether a trifle or a necessary/ quotient of now, I can’t stop/ America from overflowing/ its river of costumes, thousand-/ banked where the final me bursts/ plural in a tomb of its own/ making. So of course I wonder/ whether we need another/ book of poems by another/ cis-straight-white Roth IRA/ who resembles everything/ he has come to resent./ And then I immediately want/ to see that question in print.” It’s Martin’s restless quests that reveal themselves as patinas of little truths, reckoning with the present, hoping to move into liberatory futures.

Below, I speak with the poet about his process, collaborations, what he’s working on at the moment, and Things to Do in Hell.

Hi Chris, thanks so much for taking the time out to chat with me! Where are you writing from, and how are you holding up?

I’m in Minneapolis, trading shifts of 2nd grade distance learning with my wife, grateful for some December sunshine, holding up better than I would have imagined.

How have you been spending your time in social lockdown?

Much of my work was over Zoom before the lockdown, so my job has stayed pretty consistent. I’ve been puzzling. The latest was a 1000-piece Garden of Earthly Delights. I’ve been writing my ass off, finishing a book of essays called May Tomorrow Be Awake: On Poetry, Autism, and Our Neurodiverse Future, which will be published by HarperOne in early 2022. We’ve been heading into the woods with our kids as often as possible.

Could you tell us a little more about May Tomorrow Be Awake? What inspired the collection?

My book of essays details the ground-breaking, utterly incomparable work of the neurodivergent writers with whom I’ve had the honor of working. These writers often inhabit intersectional identities–BIPOC, trans, nonspeaking, autistic, apraxic, nonbinary, Downs, FAS, etc.–and some have lived in or currently live in group homes and/or are wards of the state. They are undeniably gifted writers whose work has exponential advocacy impact. Their revolutionary voices strive to reinvent language and the world around it. I also explore my own journey as an educator who passed as able and neurotypical for much of his life and has found authentic belonging among disabled and neurodivergent friends.

Things to Do in Hell came out this October, but I’m curious about the timeline of these poems: when did you finish work on the last poem in the book?

I was editing up until the final moment, but some of the book was written as much as twelve years earlier. When I wrote the title poem a couple years back, it shifted everything and became the center that I built around. The abecedarian poem that threads itself throughout the book was the final thing I wrote.

There’s a palpable sense of deconstruction in the sequence of these poems—we begin with “Epilogue” and end with “Preface”. Could you tell us about the process of arranging these in this order?

I wanted as much as possible to invert orders, or have them cross. I wanted the hells within heaven and the heavens within hell. I wanted to envision a post-apocalypse so as to understand this pre-apocalypse and perhaps by calling them to each other cast a spell that obviates apocalypse completely. It’s definitely some “Satanic” backwards lyric spell casting with an eye toward tenderness and liberation.

A lot of the themes central to the book feel especially relevant in light of the pandemic. I’m thinking of the weight of being alive in “The Next Day and Thrum”, and that exquisite line in “Except”— “I am alive after all I am/ alive but the ﬂoating dander/ of the dying stings my nostrils I/ am alive centipede after gnat”. Was this meditation a deliberate acknowledgement of the times, or one born out of happenstance?

It was born before the pandemic and the world just seems to have grafted itself on. It was a premonition, a reckoning. It was, like the pandemic itself, in the air.

Things to Do in Hell spins together the mundane and urgent, giving both equal weight. The title poem, for example, commands: “Pull down the statues of your ancestors/ Get down on your knees” right before “Read Kierkegaard” and “Pick the kids up from Montessori”. Could you speak a little bit about collecting and placing detail in your poems?

It’s a good question. The details are very intuitive. You just start collecting and placing them beside one another. They resonate in a way that calls further details forward. I wanted the title poem to be authentically mundane. It was hard not to over-write it.

You’ve mentioned that “After Dawn” was written in the echo of a poem by Dawn Lundy Martin, and the solution in the poem’s ﬁnal lines comes from Paul Celan. How do you incorporate and build on influences in your work?

I want the world to be in my poems, so I invite it in. That’s how the details work. But I also want to be honest about my voice as a multiplicity. I always think and write from a chorus.

Do you usually write a poem in a single sitting? Has your process been consistent throughout your life, or has this pace changed at all?

It’s changed quite a bit. After having children it’s been much more piecemeal.

You’re a professor at Hamline University and Carleton College—do you find that teaching benefits you in some way as a poet?

My teaching through Unrestricted Interest benefits me the most. I mostly work with nonspeaking autistic writers who are reinventing language every day. Here are some examples!

Do you have a daily writing routine? A day, or place, or time, perhaps, where you prefer to write? What does your process generally look like? And, does it vary from project to project?

I’m writing when I can these days. But I love it. Especially in the morning. Writing is almost always a joy for me. I’m also trying to write collaboratively as often as possible.

What does the process of collaboration look like for you? Could you give us an example of a recent collaboration?

A recent collaboration is this resource guide, which grew out of my book. I wanted to take the title poem and burst its borders, representing a wider multiplicity of viewpoints, while also making it more practically useful for surviving this moment. We went live with it right before the election, knowing people would need some extra tools. It remains open for expansion and collaboration, so have at it!

Given the events that continue to transpire this year, has 2020 steered your writing and philosophical investigation in a particular direction?

I’m finishing my book of essays. Beyond that I’m wondering what new forms will emerge. Hoping to move through reckoning and into liberatory futures.

What are some books you’ve read and loved recently?

Moon Palace Books in Minneapolis is the best bookstore on the planet.

Things to Do in Hell is published by Coffee House Press and available wherever books are sold.