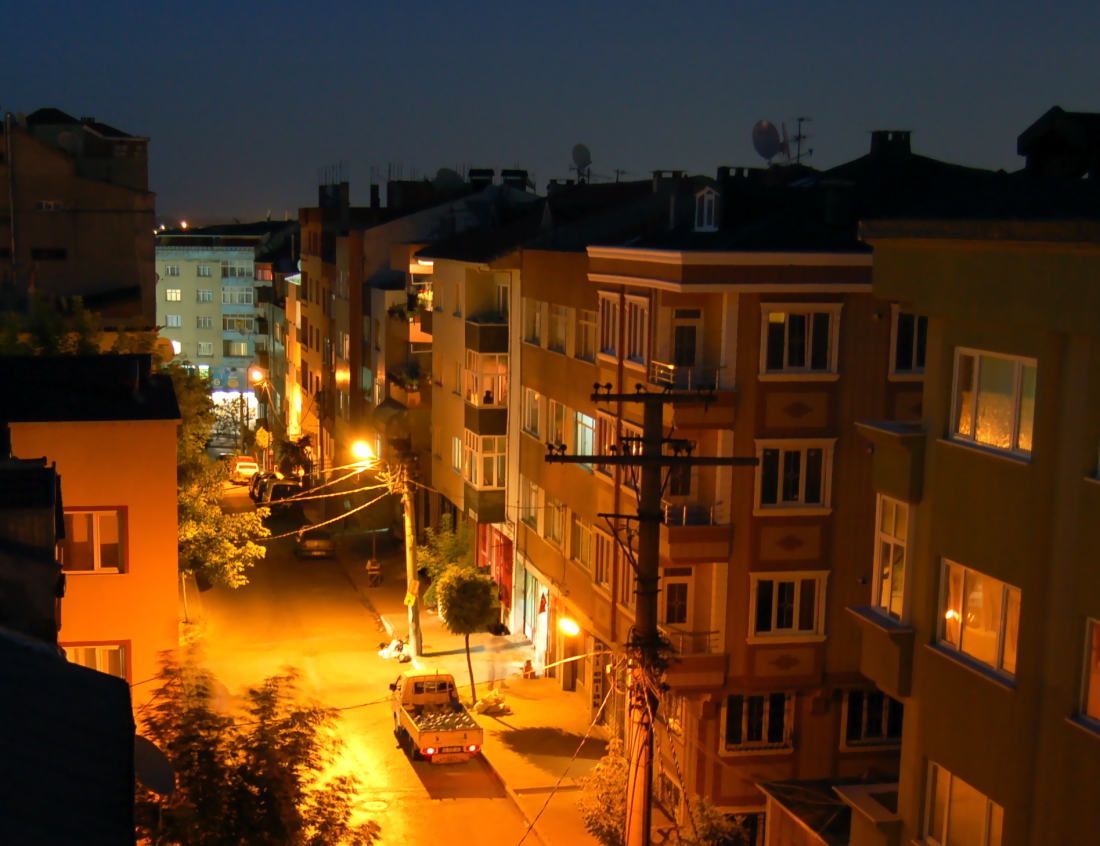 Standing in Izmir, the chaotic coastal city of Turkey, I felt the cool September breeze blowing in from the distant Aegean Sea. Cooler than I had expected. I had last been here in July a few years ago. Never did I experience such heat as Izmir thrust upon me. Not a day went by where it wasn’t over 100 degrees, and you were lucky if it dropped down to 80 during the night so you could sleep on the balcony without breaking a sweat. Air conditioners are sadly a luxury among the Turkish. But September was another climate altogether. Cool as a rock. I was crashing at my cousin Max’s apartment. It was in an apartment community in the outskirts of Izmir, next to the airport, high on a collection of hills. His sister was to be married tomorrow; we were all to attend and have a grand time. Max is a thin fellow, much like me. Our grandmother occasionally mixed us up.

He was due for conscription in the Turkish military; two years of it. “I just want to get the damn thing over with, ya know?”, he complained to me. But I could sense there was a sort of pride in completing service as a Turkish man would do well in life after…chicks, jobs, it would all come easier, much like getting a college diploma is praised in the States. For now though, Max was free to live and dig the city and the chicks. Man, the Turkish chicks. Every corner I turned I would see a girl dressed in classy clothes to show that she is not of the old Islamic culture, but that she has individuality and a purpose for which she is needed, and she should decide what that purpose is. This was the modern Turkish culture in which the youth dominated. “Man, these girls are dumb. They don’t know a damn thing they’re doing!”, said Max. “I want me a sexy American girl!” He’s never been to the States; an innocent mind.

“Yes, yes, we will, man. Lemme call up some buddies to join.”

Samir was the first to arrive at the apartment. Interesting kid. Spiked hair, shirt reminiscent of something Michael Jackson would wear. I could tell he was high, not on drugs, but on life. This kid had the eternal fire of life burning within him. “Man, where’s everyone else? Let’s go out and have a good time. A good time we’ll have, right my new American friend? Man, America. How are the girls, man? I always see them in the movies. So sexy. So free.”

We chilled in the apartment until the rest of the guys came together. There was Sal, my other cousin. He was here for the wedding. He’s about 10 years older than me. Quiet guy; keeps mostly to himself. He was to get married too a few years back. Fell apart at the last moment though. Don’t really know why; I could sense that I shouldn’t bring it up. But he’ll come with us out on the town; he had the car. The final fella joining us was Cengiz. Real calm guy. Had his head on straight and came for an enjoyable night. “Very nice to meet you, friend.” We shook hands. Friend…I’ve noticed nearly anywhere in this country, the locals are very inviting and immediately welcome you into their social circles, acting as if they’ve known you their entire lives. I had no qualms about it.

We let out a quiet chuckle amongst us. Sal’s car was newly repaired with a fresh tire. Sal, Max, and I were riding yesterday when Sal went for a haircut. Max proudly proclaimed that he had his license now and could drive stick until Sal was done with his haircut. Max took the car, proceeded to make a U-turn, and POP!…hisssss. The son of a bitch slammed into the curb, mistaking the gas for the brake. Sal had not even entered the barbershop and stood with his gaping mouth. Worst of it was that there was an elderly woman sitting on the sidewalk in front of the car, knitting. My god, I don’t know if it’s better that she didn’t die of a heart attack or getting hit by the car. No harm done except for the tire. We all had a good laugh.

We drove on into the night, anticipating the chaos of the city on the shore of some bay, always forget its name. “Any strip joints we can hit up?”, I said. They all laughed. I was confused. “This ain’t America, friend! The girls here don’t strip. Ahh I wish they would, wish they would.”, said Samir.

“Cigars and your wonderfully strong and cheap Turkish beer then! And don’t tell me you’re stuck up Arabs that don’t do that kinda shit.”

“Yes, yes, that we can do!” They all laughed. We reached the city and drove along the shore of the bay. The lights across the bay were unlike any city lights I’ve ever seen. All shades of white. Blueish, yellowish, redish. They rose gradually up the hills and shone like the whole thing was one big Christmas tree. I couldn’t even see any of the buildings they were attached to. Just lights floating in the crisp blackness of the night. Sal continued to drive, none of us knowing our destination or how we would arrive at this unknown destination. We just sang and laughed. It must have been the floating lights of the city that had us all dumbstruck. “Sal, you drove too far. We just left the city! Turn around.”, yelled Max over the not-yet-drunken hollering of the guys.

We stopped at a small shop and picked up some EFES beer. The shopkeeper didn’t give a damn how old anyone was. He just wanted to sell as much as he could everyday so he could get back to his hungry family and save up some money to one day relocate to some distant land where bigger dreams can be accomodated.

We went to an upscale restaurant on the dock and picked up nice fat cigars. We smoked and drank without a care for anyone else, and the diners paid no attention. They didn’t care. The air was too nice to foul it with malicious exchange of words. We walked along the rocky beach, digging the view of the bay. A ship was docked, its reflection clear as day in the calm waters. It was as if the entire bay went to sleep. The distant floating lights in the blackness were mesmerizing as ever. I just felt like jumping in and swimming to them right then and there. I could tell the others were digging the view too in their own spiritual way. They all sat quietly. After an hour, we decided to head back to the apartment. We had the wedding to attend the next day. It was 2 AM, the highway empty, the night black. We drove for about an hour before I had to ask, “Shouldn’t we have been back by now?”

Another half hour. “Shit, man. I think we went the wrong way.”, said Max. I took out my phone, hoping Google Maps would work in the middle of god-knows-where. “We’re almost to Cesme. Where’s that?”, I said. “Fuck! That’s 100km from Izmir!”, yelled Max. We burst out laughing. “Come on, Max, where’s your navigating skills? It’s your apartment!”, exclaimed Samir.

“Our new American friend had to use his American technology to correct you in your own city!”, said Cengiz.

Sal said we needed gas. I bought us all junk food and soda at the gas station to keep our energies up. As I paid for them, I remembered Cesme. I had been there years ago. A quaint beach town on the Aegean sea. Ahhh, the waters were so clear. You’d think you died and went to one of those Caribbean paradises you see in the postcards. I got back in the car. “Let’s go to Cesme. Go for a swim.”, I suggested. “Are you out of your mind, cuz?”, said Max.

“Well we’re almost there anyway. Might as well make the best of your mistake.”

“I like this American’s thinking!”, yelled Samir. “Let us go to Cesme and swim in the bitterly cold waters of the sea! Let it blow its harsh waves at us. For we are men of Turkey.”

To the beach we drove, stuffing our faces with cheap chips where the bag is only 10% full. What a ripoff. We dove into the water. It was like 100 knives stabbing your body. We were too drunk to care. “Ahh, here I am swimming in the great Aegean”, I thought. “Where centuries ago the Greeks sailed to conquer the city of Troy”.