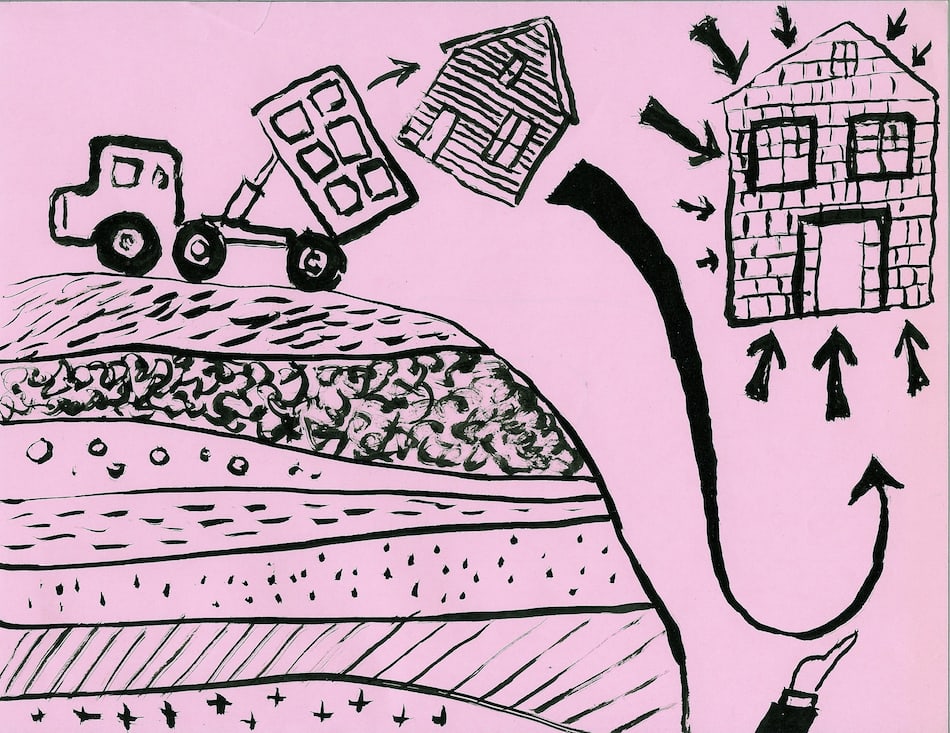 
Ron and Jennifer walked down the hallway stuffed within their bomb suits, looking like a pair of morbidly obese sumo wrestlers after a three-hour stint at an all-you-can-eat buffet. The sounds of their stifled breathing filled their helmets and the clear, bombproof glass began to fog. At the end of the hallway, a closet was flung open, wildly, as if the flunger had unearthed a conduit to hell and bolted at the very sight. Within the closet, lay a nest of wires, splaying out in every direction juxtaposed to a stack of dull metal, rectangular objects stacked beneath a digital display of red columns of light, signifying a diminishing chronological value.

“Thanks, because I never learned to tell time,” Ron said, sarcastically.

Jennifer frowned but Ron didn’t look at her. He placed his tool box on the ground and began examining the explosive.

“That’s my good luck song? You want to mess up my luck?”

“I just don’t want you to sing that song. We’re on a tight schedule.”

“Just defuse the bomb. I’ve got book club at six-thirty. It’s my turn to bring drinks and I’ve still got to chill the rosé.”

Jennifer ignored Ron and went to the tool box and got a pair of wire cutters. She gravitated to a canary yellow wire, traced it from the digital clock and down towards its endpoint.

“What are you doing?” Ron asked.

“Stop! How do you know it’s the yellow wire?”

“This isn’t how they trained us at bomb school.”

“Did they call it bomb school? I went to Hazardous Devices School.”

“Just bomb school. Anyways, it’s always the red wire and, or, the third wire from the top.”

Jennifer laughed. “Wow, Ron. If we defused bombs according to that logic we’d all be neutrinos.”

Ron took the wire clippers from her and placed them over the red wire.

“Jesus, what the fuck are you doing, Ron?”

“What if you’re wrong though? What if you clip that wire and it goes off?”

“Do bombs actually work that way?”

“Anyways,” Ron said. “We wouldn’t even know it had gone off. It would just go off. Boom. Dead. Everything, gone. Did you ever think about that? All that time spent in perspiring trepidation, for what? I could’ve already cut the wire. How would you know?”

“So you think you’d know if you were dead? Are you an expert in reality? When have you ever had the opportunity to examine it from the imaginary? Or perhaps the post-physical? The metaphysical. Have your eyes viewed the two in contrast and said ‘Yes, that is real and that is not.’ Don’t answer those questions, they were rhetorical.”

“I don’t need to be an expert to differentiate between the corporeal and the spiritual. You never clipped that wire.”

Ron took the clippers off the red wire and smirked.

“Seriously though, we should let this thing go off. It would do some good,” he said.

“Ron, this suit is hot, I have my rosé to chill, please, enough with the bullshit.”

Ron took his helmet off and wiped his brow into his hair, causing it to stand at gawky angles.

“I’m not bullshitting you. Seriously.”

“Seriously. Who cares anyways, right? I mean do you realize the oxygen we are breathing right now is killing us? You think we breathe for life? Wrong. We create free radicals every second that are destroying and modifying our DNA. Its aging us. Cancerizing us. Its goddamn invisible poison.”

“So what. We’re all dying a slow death from oxygen consumption. I don’t mind my slow death. Why would I blow up with this bomb?”

“Well, I didn’t want to mention it but the gentrification in the city has gotten ridiculous. All these twenty-or-thirty-something-millennial-hipsters buying up lofts where they put up ikea furniture and hang bike gears from their walls like its art.”

“The gentrification is pretty sickening.”

“Like a graphic designer’s pop-synth ballad to his shade-grown, artisinal coffee.”

“What ever happened to Folgers?”

Jennifer took her helmet off to and then let out a large amount of air with a whoosh sound.

“One minute left,” she said.

“Let’s just do it. Lets blow it up. Nothing brings down real estate prices and makes white people flock to the suburbs faster than a sky-rocketing crime rate.”

“Burn this mutha’ down.”

“It’s been an honor and a priveledge then.”

“You think we’ll be heroes, or martyrs?”

“Both,” Ron said, and turned back towards the bomb. He picked up the wire cutters and grabbed the yellow wire.

S. R. Schulz is a physician living in the Twin Cities. His work has appeared in Minnesota Medicine, Pidgeonholes, Page & Spine and others. He is working on his second novel and attempting to sleep on occasion.