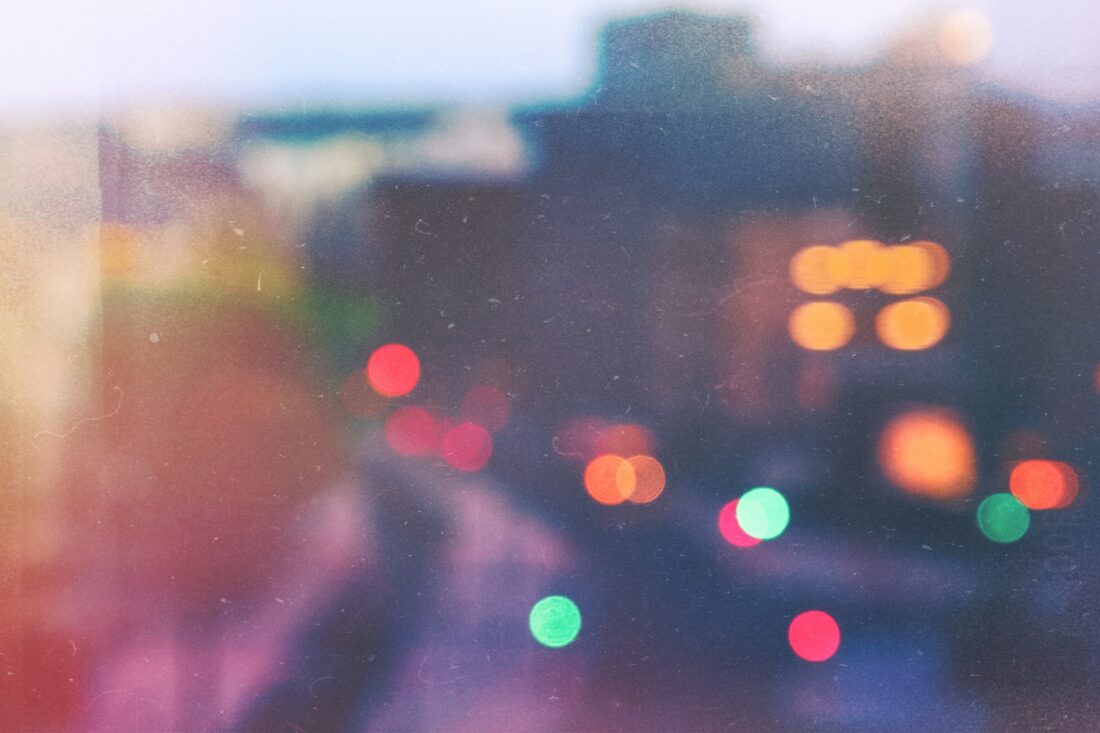 It is true that if you look down a lot of shitty streets in Denver you can see dusted peaks and it does resemble the Coors logo. To escape downtown, I’d walk out and explore Denver neighborhoods. The real ones, before the outskirts, melted into endless suburbia. It was easy to miss the melting. When I got that spun, I’d Uber back downtown to RINO. Far enough from the shelter and tent-towns not to be noticed, but close enough to walk back.

Denver neighborhoods are like Grand Theft Auto, the costumes change the moment you enter a new one. Lower Highlands to 38th is young moms in yoga pants pushing strollers. Sunnyside is confused hipsters. South Broadway is real hipsters. Up and down Colfax is street drunks, actual crazies, and legit bums. Country Club you see no one. Wash Park is stereotypical Denver, young urbanites walking dogs wearing Patagonia. Park Hill is transplants without ambition. Cap Hill is transplants who didn’t know better or long-time locals who still dig the neighborhood-but-close-to-the-city feel. Ballpark is basically downtown. A millennial haven. A mini city inside a city. Five Points could be anybody. Only legit neighborhood in the city.

I hadn’t seen Spyder in a few weeks, so I walked toward Cheeseman Park. A hint of Fall floated into the city on wind from the mountains, and though it meant winter loomed, it was the best time to be in Denver. I thought I’d lay in the grass at the park and read first, but when I arrived a festival was going on, so I wandered down Gilpin into Country Club passing giant houses with thousand dollar a month landscape jobs. After that I crossed Speer, nearly got run over by a bus while crossing six lanes of traffic, then walked up Downing toward Wash Park.

Spyder lived in a bright yellow Mitsubishi Eclipse Spyder, the model popular in the 90s. She parked along a tree-canopied street, two blocks from Wash Park and never moved it. The paint peeled. The windshield was cracked. She sat or slept in the driver’s seat eighteen hours a day. A sunshade covered the windshield to create a façade that the car should be parked there. Cardboard cutouts covered the other windows, which she attached with tape at night.

The area is one of the nicest in Denver and compared to most of the city’s homeless, Spyder carved out a small corner uniquely her own. We met because I jogged Wash Park back when Jade was still around, and we had our place in Speer. Before she got her degree in holistic medicine and moved back to Louisiana. One day I ran by and watched a cyclist slow and yell for Spyder to get lost. I stopped to watch. She jumped out and gave chase, screaming.

“The fuck are you looking at?” Spyder said, turning to me.

We officially met weeks later when I was looking destitute and carrying a heavy heart and a beer in a brown bag. Maybe I was trying to meet her. She stepped out and watched me, arms across her chest.

“You look like your best pig died,” she said, and I knew without having to ask that she was from the south, too.

She asked if I wanted to smoke a joint and I got in the car. I couldn’t believe how much she managed to fit in the backseat, or that she seemed to know where things were.

“Does this thing even run?” I asked, taking a hit.

She turned the key and floored it and drove around the block.

“If I wasn’t worried about losing this spot, I’d take this thing out on 70 and show you what it can do,” she said, screeching back to a stop.

Spyder was haggard, but the same age as me. The Mitsubishi was her high school graduation gift. It wasn’t a rough childhood, or lack of money, or even bad relationships that buried Spyder, more of a general malaise that we shared. She had a family, a good husband with a good job, but never kids. One day the depression’s weight was too much, and she just left. She always wanted to see the west and that’s the direction she drove.

I was a transient poser with family money who rented a room in Cap Hill. I wasn’t alone. So many millennials my age were, too, but preferred roughing it downtown in tents or elaborate tarp setups by bridges that reminded me of making sheet forts as a kid. They were better company than the tech crowd taking over Denver, so I lied to assimilate. I stopped by the shelter to eat. I rolled through with twelve-packs of PBR and handed them out, claiming a good day panhandling. I kept American Spirits to bum.

And just like that, I was one of them.

When I reached Spyder’s street, a Fall breeze blew steady, rustling leaves from the trees. It really was a perfect street. I knocked on Spyder’s window, but she wasn’t around, so I dipped in a sport’s bar for a beer then wandered back toward downtown. About halfway, I got a strange feeling and doubled back.

It hit me the cardboard was on the windows.

I learned quick that Spyder shot up. I never partook, but I’d sit with her because she told great stories. She feared Fentanyl and had an apparatus that looked out of high school science class. She’d test the heroin before tying off. Sometimes we’d sit on the bench by the lake in Wash Park or wander out into the middle and sit in the dew wet grass and gaze up at the stars twinkling over the mountains in the distance.

She’d say things like, “They’re dead you know?” about the stars or “What do you suppose it’s like right now on top?” regarding some distant peak.

Every once in a great while, Spyder would walk with me, but she never wanted to go far from her car. One time, we walked to South Broadway and had a drink on the Historian’s rooftop, which isn’t a good place. South Broadway was less than a mile from where she parked, but Spyder gazed upon the sharply dressed hipsters and the bustling neighborhood like she was seeing it for the first time.

“You should get out more,” I said.

She responded with a rare smile. I came to love her in some ways, but she wasn’t interested in that, so we talked of childhood and lost loves and stifled dreams.

I’d heard somebody at the tent town mention, before the business owners brought in giant rocks and planters full of flowers to block the sidewalks, that nobody could find dope.

Didn’t think much of it at the time.

I walked back up the long sidewalk by the fence that cordoned off the Denver Country Club from the riffraff and reached Spyder’s car as darkness fell. I noticed glass glittering in the streetlight by the passenger door. It was the kit she used to check the dope, shattered by the curb. I tried the passenger door, but it was locked. I walked around to the driver’s side, locked too. The street was deserted. I tied my jacket around my arm and elbowed the window until it shattered.

Spyder sat in the driver’s seat, lips blue and eyes rolled. People like to say that sometimes people look like they died happy. Spyder looked like she died surprised. Her phone rested in her lap. I tapped the screen, and a ribbon showed the last song she played, a lighthearted pop song by Ed Sheeran.

Tears smeared my cheeks as I left dialing 911. I cut a right on 6th and went up to Don’s which is probably the best bar in Denver. I sat out back and smoked and kept thinking the cops might barge in, tracing my call, but nothing happened. I talked to a guy about the Broncos. I talked to another guy, a musician, who kept carrying on about how Denver wasn’t what it once was and how the music scene was dead.

Eventually I wandered downtown. I didn’t feel like seeing anyone so I planned to hit one of the fancy cocktail bars where I wouldn’t run into anyone I knew. I passed the capital and noticed they’d put up fences where people camped in the park across the street. A sign said they were replanting the grass, but that was bullshit, the grass was lush inside those fences.

I kept walking on Broadway until where you have to crane your neck to see the high rises. Downtown Denver is parking lots and old buildings and new residential. The business district is small compared to other cities, but more odious in its use of metal and glass to replace the natural splendor present before it.

I made it to the cocktail bar and ordered a Sazerac. I drank them a lot in New Orleans. The bartender claimed to make a great one, but when she brought it back there was ice in it. I drank it anyway and it tasted fine.

Denver is like a dozen other cities I’ve been to in tiny ways. It could be as simple as the way a corner looks or a hundred bars with themes that don’t quite fit. Or all these restaurants trying to mimic somewhere that isn’t Denver because Denver is, in and of itself, nothing.

Yet it was where both Spyder and I chose to be. And where she died. And left a yellow Mitsubishi Eclipse full of garbage on a nice street.

After a few more Sazerac, I wandered toward Cap Hill, considered stopping by Charlie Brown’s to see if anybody good was singing around the piano, but went home. In the darkness of my room, thoughts of Spyder crawled across my mind until eventually the exhaustion won out.

I woke before dawn and drank coffee on the balcony watching the sun brighten the neighborhood. Joggers and dog walkers shuffled by. I had nothing planned and nothing to do so I started walking. I walked aimlessly around Denver for hours, a smoke cloud floating over my head.

It was midmorning by the time I trudged down Spyder’s street. The hint of Fall was gone, and the air was hot and still. All that remained were the leaves that littered the sidewalks. A bus pulled to a stop, but no one got on. A garbage truck creaked down an alley. A tow truck blocked the street by Spyder’s car. A cop car sat idly on the corner with lights flashing. I watched them load the car onto the tow truck and drive it away.