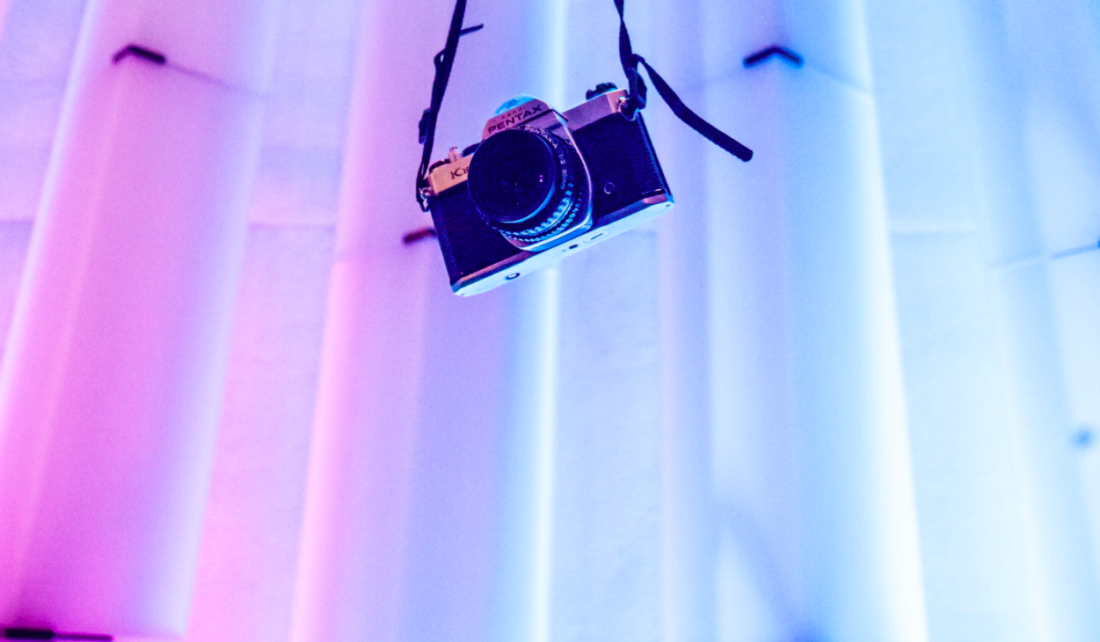 The email said OPEN IF YOU WANT TO SEE ETHAN MARINO’S DICK and I did, so I opened it. It was from Melissa, marked urgent. Inside it said: I know you haven’t been reading the reunion email chain but Ethan is on some kind of manic spree and replying all and posting links to his amateur porn (yeah, he apparently does amateur porn now) and well if I had to see it then so do you. Cheers. The link was to a popular website, one I’d been on plenty of times. I clicked it open in a browser tab and continued playing online pool until I was losing so often I started feeling bad about myself, like deep-down bad. Sometimes when you lose so much it starts breaking through to your actual psyche. I’d been getting more and more sensitive. During the mornings, I worked at Target at the Customer Service desk and got yelled at by people returning damaged things. I hated my life and did not want to go to my ten-year high school reunion, so I’d been ignoring the emails. Melissa was planning it with a committee we’d, ten years before this, pledged to be on. I was all about high school then. I was even sad to graduate. Now I was in bed on my laptop playing online pool.

I opened the tab and watched. The bedroom wasn’t well lit, and the sheets didn’t match the comforter, and the walls were half wood paneling. I had the thought that this was probably Ethan’s grandmother’s house. He lived sort of behind our high school, in the Italian neighborhood. The streets were full of tiny houses with little old Italian ladies sweeping their front paths and little old Italian men raking their gardens. The porch steps all had AstroTurf on them. There were white gravel pits in the lawns with Virgin Mary statues sticking out.

Ethan Marino looked roughly the same, a bit more filled out. He had on a gray t-shirt and jeans. I think I heard he worked for the city, like maybe he was the guy that holds up the stop sign when they do roadwork. Anyway, his jeans looked dirty. A girl was on the bed in a neon pink thong. She was feeling herself up, squeezing her tits in a weird, unnatural way. The camera guy was doing this voiceover thing that kind of pulled me out of the video at first. He was hyping Ethan up, asking him if he was gonna fuck the girl. The girl was telling him to fuck her. They were both really rooting for him, cheering him on, which I guess was kind of nice.

Ethan Marino unzipped his pants and pulled down his boxers. The camera guy was trying to get a good shot of Ethan holding his erection, but the camera wouldn’t focus. There was the soft, fuzzy sound of something hitting the camera’s microphone and the picture blacked out for a second, but then he fixed it. I felt like there should’ve been this big reveal of Ethan’s dick, but it looked just normal, like any dick I’d ever seen. It was bigger than most I guess. He started fucking the girl and they were really getting into it. I was wet because I was watching two people fuck, not because it was Ethan Marino. I could say maybe it was despite it being Ethan Marino because here’s the thing about him: everyone hated him in high school. He was a little shit. He sweated a lot and didn’t bother with deodorant. He was always trying to hang around people who were well-liked, the people Melissa and I hung out with. We were well-liked. We dated guys on sports teams and went to parties and drank vodka and did drugs. Melissa was prom queen. She went to college and married a guy with a business degree who did something important in Hartford. I didn’t do anything. I thought life would keep coming to meet me, keep giving me something, like it had been.

I sat there watching, and I started to think about touching myself, but I couldn’t shake that it was Ethan Marino. Then the camera guy panned down to his own pants, his bulge obvious. He started rubbing himself. He panned to Ethan, who was off of the girl now. Ethan smiled at the camera. The girl was on all fours, ready for the camera guy to enter her. She was saying as much, doing that porn star voice I guess people like. The camera guy started zooming in all crazy ways, really bad ways, too close, really awful, but then every so often he’d tilt the camera up to Ethan. Ethan was in front of the girl, who took him into her mouth. And he was just smiling. And that’s when I slipped my shorts all the way off. Because I guess if I was going to touch myself to Ethan Marino, I’d want to really see Ethan Marino. I’d sort of resigned myself to it at that point. And he looked kind of good I guess. And there was something about him smiling at the camera, and at the girl, like everyone seemed to be having a great time. And I wanted to have a great time, too.

I emailed Melissa back, my fingers still wet. Thanks for this, I said. Truly horrifying. I waited for her response back before I emailed again to ask her if it was too late to get a ticket to the reunion.

In the following ten days before the reunion, I watched the video probably fifteen times. Every viewing I found another thing to appreciate: reading glasses set on the nightstand, a piggy bank on the bureau, a framed picture on a bookshelf of two boys with their arms around each other. You would think that stuff would distract me, but if anything, it drew me in. I watched Ethan smile over and over, watched the way he rubbed both hands over his face right before he came, the way the muscles of his stomach tensed. I started thinking maybe there was something wrong with me.

The dress I wore to graduation still fit me and I didn’t see why I should buy another one. It was black and short, spaghetti-strapped. My hair had grown out since high school but I wore it up. As I took a curling iron to the bits sticking out on top of my head, I thought about what Melissa would wear. We talked here and there through email, but I hadn’t seen her in a few years. We’d try every so often to meet up for coffee or for dinner but the last few times felt rushed and strange. There were moments we just stared at each other, tight-lipped, not knowing what to say next. I mostly let her talk, because she was good at talking. I liked when she had gossip or some long story to tell because then I’d just have to react, which was a lot easier than coming up with my own material.

The dress she wore to the reunion was a lot more beautiful than I’d imagined, floor-length and emerald, an awards show dress. She was sitting at a table with Maggie and Jen and Lily and Lily’s overly-muscled husband, and she waved me over. We all hugged and wondered how long it’d been, wow, had it really been ten years? Why hadn’t I kept in touch? Melissa had seen them, been over to see Lily’s new baby. I told them I didn’t know but that we definitely should hang out, should do this more often. Our voices were all high-pitched and fake. I knew we wouldn’t see each other after this, at least not until some other reunion or if we ran into each other at the grocery store. Even then I figured we’d probably just smile. One time I saw Maggie at Target. I turned away quick and started moving all the returned merchandise around, screwing up the system I used, just so I could avoid her.

The reunion was in our high school cafeteria. The committee made it look nice, put out some blue-bulbed lamps and a disco ball that threw glittery waves of light over everyone. There was an open bar, which seemed like a bad idea. The long lunch tables were folded and stacked to the side of the room. They’d been replaced by round ones with white cloths on them, a mason jar on top of each with a votive candle inside. The theme was Blue Moon, our prom theme. They’d hung silver star garland all over everything.

Dinner was buffet style, so we lined up and plopped big spoonfuls of baked ziti onto plastic plates. As I sat listening to them catch up, I moved my ziti around the plate, picked at the burnt top. Lily’s husband was drinking a pony of Budweiser. He turned to me, asked, “So, what do you do?” I said I was in customer service.

“No. But I’m thinking of going back to school.” That’s what I always said.

Melissa started complaining about the huge task of planning the reunion. “Someone was supposed to help,” she said, faking mad. She pushed my shoulder.

“I heard the emails were pretty crazy,” I said, pulling at a string of cheese with the tine of my fork.

Melissa took the bait. “Ew, how weird, right?” she was saying to Lily and Maggie and Jen. “So…you think drugs or…mental illness?” She made this face like yikes, am I allowed to even say that? “Or maybe it’s like, he just wanted to prove he can get laid now.” The girls laughed.

“You gotta point that fucker out,” Lily’s husband said, nudging her.

When they changed subjects, I got up with my plate and tossed it into one of the cafeteria garbage bins, those big ones on wheels. The bar was in this little alcove where they sold school spirit items, which were hanging up all around. Ten dollars for mini pompoms. Twenty dollars for a t-shirt. I ordered a rum and Coke from the bored guy at the booth and looked out at the reunion. Ethan Marino was sitting at a table with people I didn’t recognize, was jabbing the air with a fork, pointing it at some guy as he talked. He had three or four empty ponies near his plate. I waited until he got up to get more.

He was waiting for the guy to dig a beer out of the cooler. “Ethan Marino,” I said. I adjusted my dress as he turned to look at me.

“Yeah?” In the blue light he looked evil, shadows falling across his face.

He took a sip of the beer and I leaned in close. I whispered that I’d seen his video. I was trying to make it sexy or something, but really I just wanted him to have the information, to know someone had seen it.

I told him to wait two minutes and then meet me in the band room. “Do you remember where it is?”

“I remember everything about this fucking school,” he said. His pupils were huge. His eyes darted around the room, wild.

I made sure Melissa wasn’t looking when I snuck out. The halls echoed the reunion’s music, a mix of the stuff we used to listen to ten years before. In the band room, with the door shut, I could only hear the faintest rumble of bass. Then, I could only hear Ethan’s breathing.

After he came inside me, he held onto me for a minute. I buried my head in his armpit. His deodorant was working hard, the reek of sweat coming in sharp underneath it. I breathed it in. It let me know he was alive, and that maybe I was, too.