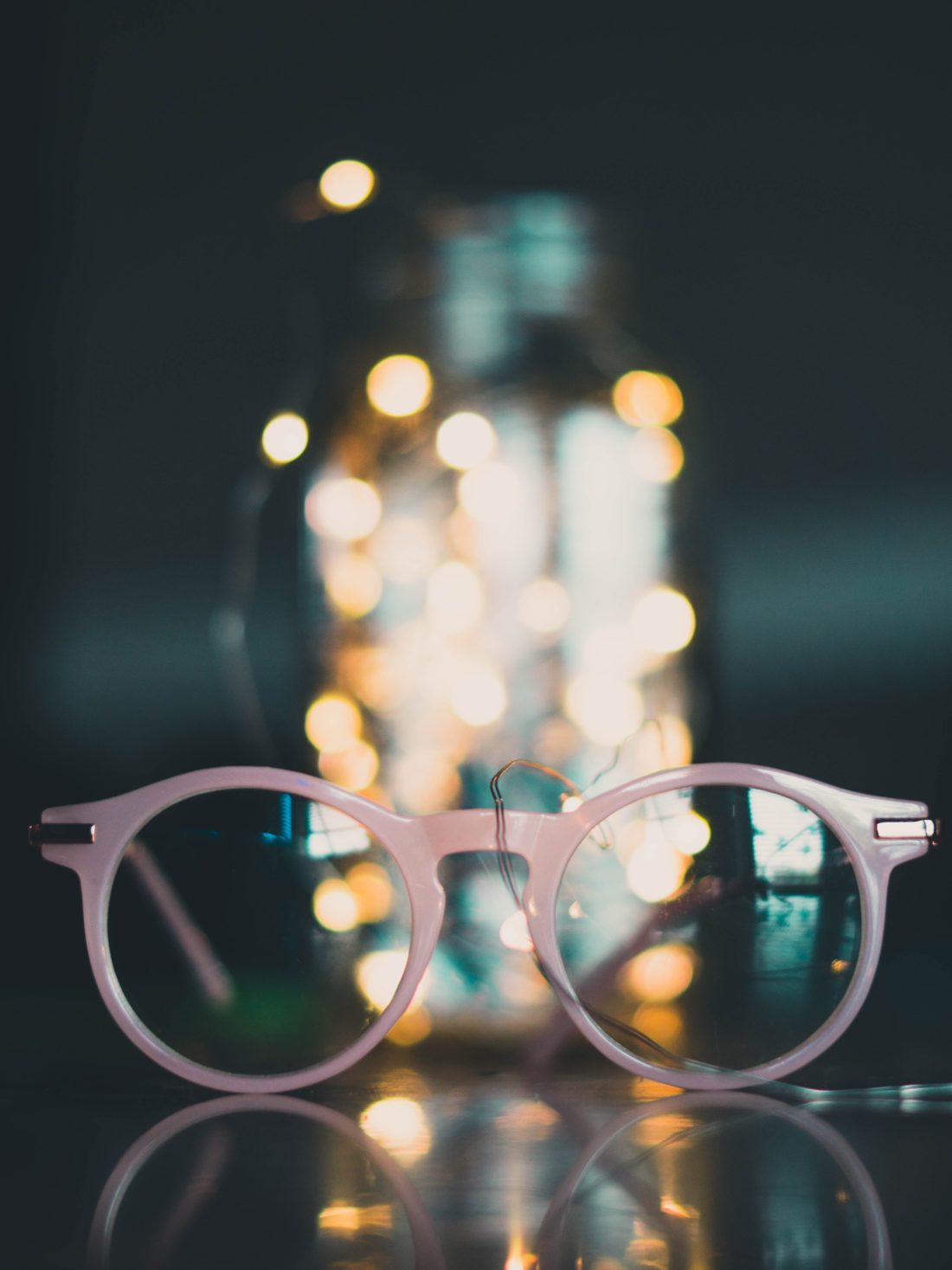 The technician approaches the jaw of the subject. She slides her fingers from the teeth to the throat and slowly pries the joint open. Pale complexions illuminate under the overhead lights. The room appears sterile, coated in layers of plastic and lye. The technician behaves as an extension of her environment. The plastic materials of the floor crawl onto her frame. She is dressed in synthetic textiles, and operates with smooth polypropylene facsimiles.

The subject is not suffering from any physical ailments. Their surgery is a matter of adjustment. Their ontology has become too unrestricted. Parts of their thingness have begun to drift into abstraction. The body has become less itself, parts replaced with replicas. The technician runs a series of tests. She searches for these anomalies, which she hopes will have manifested in some visible manner.

Truthfully most do not. Often, anomalies are a matter of absence. Our state of being expands. It seeps into the abstract. Aspects of the self lose their tactility. The subject becomes spectral. When physical manifestations do appear, they are often a means of accelerating the ethereal transition. Stigmata grow from the palm and replace the hand with empty space. It is the job of the technician to prevent this. The technician extracts what does not belong.

In doing so, our ontology can remain restricted. We become ourselves again. The evidence of our change and expansion is taken away. Sacrificed to the mound of Borgian features. It enters a state of becoming. Flickering between alive and inanimate. The technician inspects the interior of the mouth. They assess the authenticity of the cheek tissue, the gums, the teeth, the tongue, the throat. They look for evidence of replacement or mimicry.

Something catches their eye. The back of the subject’s mouth is fractured with green and red light. As if projected through broken glass. They vibrate and grow. Images form in the light. Essence coiled around enamel. The technician removes a pair of pliers from their tool belt and slides it into the subject’s mouth. She tightens her grip around the subject’s forehead and tears out three unstable objects.

In this pocket of emptiness, you arrive. You do not know what you are, but your presence is felt. The subject and the technician watch your being fill the gaps of the vacated gums. Then, you are removed. You become another unstable object. You become ethereal.

The technician places each anomalous object on a small plate on the table beside them. The subject gasps for air and curls their back. They ask what’s happened. The technician lifts the plate. On it are three teeth, made from jagged clusters of raw gemstone. Each is packaged in a polyethylene bag and then stored in a hard-cased backpack. The technician puts her pliers away and lines the subject’s gums with cotton. This is the procedure standard to removal and transportation, although the circumstances exist in constant flux.

The technician finds herself at the base of the Borgian mound. She stands small (a minutiae) below the weight of the assemblage. Limbs of plastic, machinery, and tissue. Neural junctions connected by aluminum matrices. Torso of protruding ribs dripping with saline and blood. Bile rising through open cavities. Hands with broken fingers and shattered nails burrowing into the ground. Appendages flowing as algae through currents. Breathing bioluminescent. Soft bones are held in place by synthetic beams. The Borgian mound behaves arborescent.

Its body is bulbous and lively. Ontology unrestricted. Drifting through layers of abstraction. Weeping dream residue. It enters your space. The place where you have disappeared to (yet remain). Excitations appear in the wave patterns. It refuses it. It becomes they. They assume personhood, or if not personhood, a more sentient kind of subjectness.

They return. The technician removes the jaw gems from her hard-case and sacrifices them to the orifices of the Borgian mound. The Borgian mound opens its gaw and feeds on the nutrients. Proteins disintegrate the crystalline structure.

They pulsate and moan. The Borgian mound changes. They absorb these minerals and for a moment feel distinctly new. They burrow deeper into the ground, attempting to hold themself steady in this unstable moment. The Borgian mound falls fully into abstraction, loses all sense of physicality. Traversing through portals. The technician is alone.

In this new dimension, the Borgian mound is conceived, and in its conception, creates the modes of its own death. The collection of objects is reduced to each of its part. Organs without a body. Coagulated tissue and machinery. Every component its own being.

Premonitions of every death. The Borgian mound watches themself as they are destroyed by each of their parts. Jaw gems burrow into the flesh. Blood boils until it is reduced to a viscous syrup. Plastics degrade and rot. They yellow and soften. Each membrane is punctured. Fluids pool at the base. Bile coagulates and clots. Each object added begins to fall apart. The mound creates the collapse of the mound. Every mode. Rot, decompose, stab, tear, rust, malfunction, short-circuit, heaving, drowning, burning, dissociation, crash, break, suffocate. Slopes of tissue pulled down by their own weight. Skin drags and tears, revealing oiled mechanisms. In each cycle, these pistons and belts become less and less reliable. Rotations become unbalanced. Borgian mound becoming animal. Becoming less machine in its malfunctions. Organs become stagnant and begin to metabolize themselves. Each cell is broken down for nutrients. Bone are stripped of their tendons and ligaments. They turn bare and yellow. Arms sprout from the body like branches into the sky. They wither and curl. The fibers become tight and unmanageable. The remaining mechanisms overwork themselves. Every bolt is fractured. Every screw is stripped. Each artificial component of the Borgian mound’s interior becomes immobile. Fumes bloat the body. Cavities fill with putrid aroma. The Borgian mound is emptied of their contents. They become hollow and fragile. The subject fractures. You watch. You do nothing. A collection of objects unassembled. But the mound remains. They feel none of these deaths. And then they return.

In the presence of this holy amalgamation, the technician does not know how to feel. In its absence, she feel more certain. The job of the technician is to remove ontological anomalies from the body of those afflicted. The mound has given itself as sacrifice to this cause, accepting each unknown artifact, and allowing it to soak into their essence.

But in this sacrifice, the mound has spawned a kind of cult. Followers, former technicians, encircle its body and pray to it. They offer further anomalies. They push the holy amalgamation further and further into the abstract plane. They imbue it with new modes of death. And in doing so, they create an organism without thingness, but only with the modes of thingness. The Borgian mound becomes the performance of its own being.

When the Borgian mound returns, the technician is relieved. But this relief is brief, as the Borgian mound topples back into reality, weeping and shivering. Followers flood in through the entryway. They usher the technician out of the room and adorn the holy amalgamation in unusual garb. Cloaks made from pulverized coral, a crown of moss film. The Borgian mound cannot move, cannot speak. But something is wrong. It pulsates and heaves. Their body appears unstable.

The followers bury the organism in new artifacts, chanting arrhythmic hymns. The Borgian mound flickers in and out of reality. It again witnesses the modes of its death. The followers weep with joy as the mound collapses in on itself.