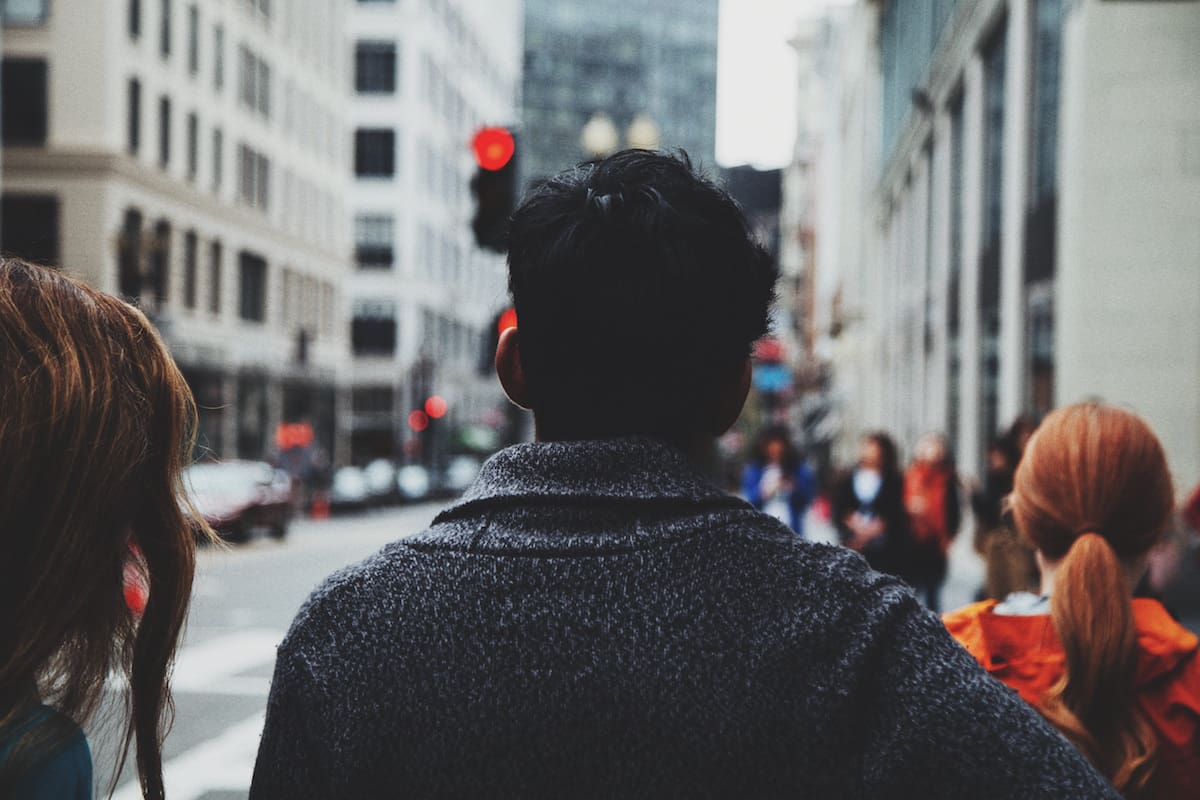 At the four way stop of your dream, a version of you and a long time no see friend are chatting across cars, heads spilling like jugs of formaldehyde. You’re both stopped at the center, blocking traffic in every direction. The honks shout over your conversation, yet your tongues still flick out words, shaping them to match the holes in each other’s skin. “How’s your kid? She still five?” “No, she’s finally growing up, she had a voice box transplant so now we can hear what she needs.” “That’s terrific, my cousin’s son held his breath trying to get his parent’s attention, so he got a lung transplant.” “Wow, tough boy!” “Yeah! Have you ever cried so long that you erased the grief altogether?” “How annoying. I know someone who had their tear ducts removed so that never becomes a problem.” “I’m so sorry I left and never said goodbye.” “I might have to go soon…rain’s in the air.” “Your face is the sky of my dreams.” “Yep…I can feel it—like a spine of pages shuffling into place.” “Maybe when I have a kid we can hook our kids up so we never lose one another again.” And the conversation goes on, and on, your cars like two blood cells afraid to transition into the nation’s network of roads before you.

Outside the infamous small town of your dream, there are thousands of roads joined in a monkey fist knot. None of them remember where they start, or why they end, just the snakelike urge to coil and continue. No one leaves town for fear of what the roads may hold. Even when they die, their souls stay tied to their wrists like spectral balloons. One day, a man departs in search of himself, traveling one road until, somehow, he arrives at another road, then another, wandering into every dip & curve. Along the way, he splits apart—unaware he’s shedding a body here, a body there. Eventually, his other selves overlap him disguised as extras in a horror film—a piece of direction here, a scrap of food there. One has so many dark, splattered wrinkles pooling under its eyes and so much untrimmed beard hair that the man wonders how long he’s been on this journey. He develops a hunch and a slight limp. He knows he should rest but, afraid of never deciding his destination, he continues to unravel patched holes in his feet. After several years, he passes himself reduced to flags of skin clinging to a skeleton, and bows shut like a compact mirror, his top half reflecting his lower half until one of him can find the courage to stop and open him up, to finally face the face that faces him.