CAN I STAY WITH YOU TONIGHT? 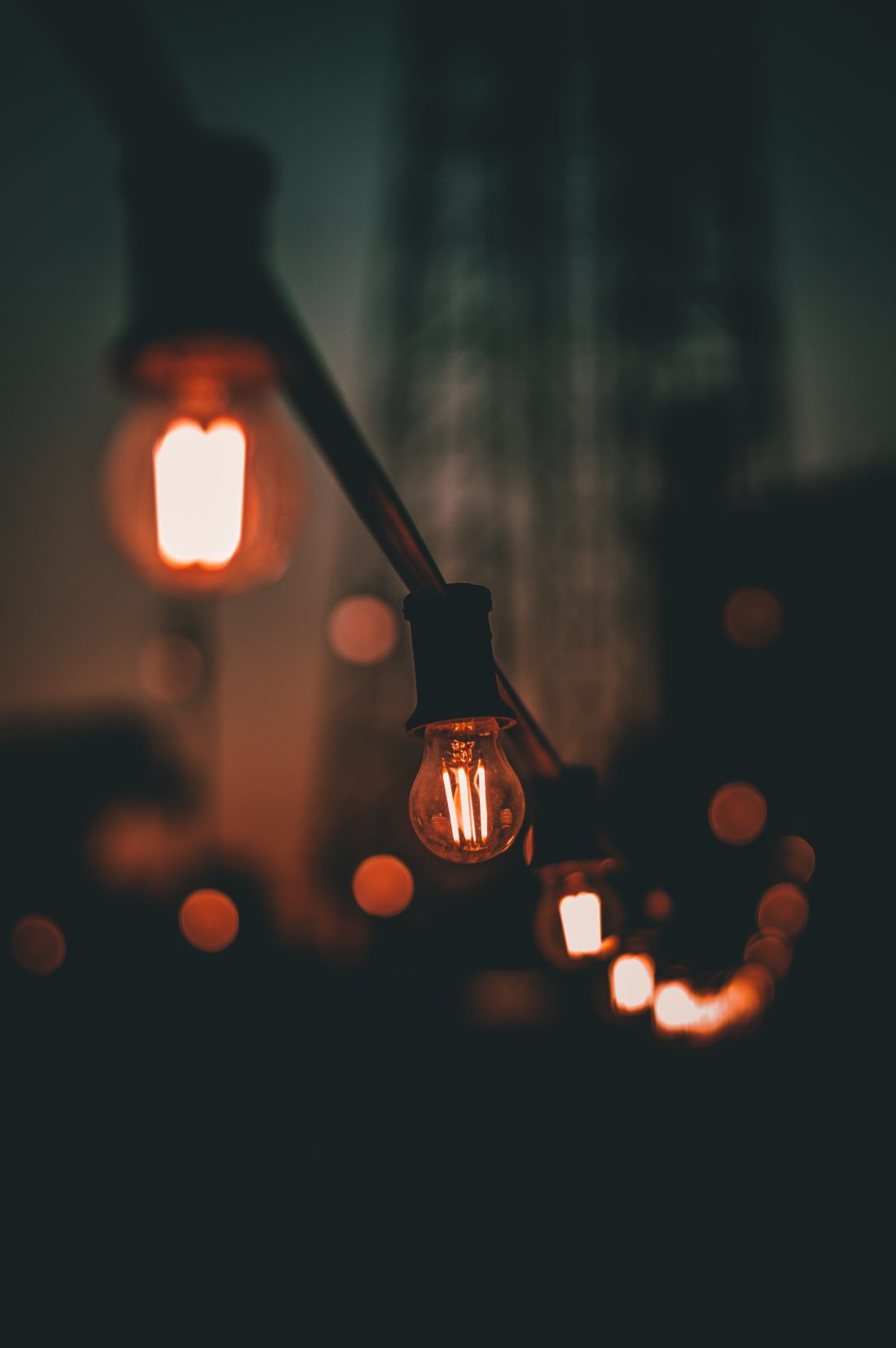 When Tara imagined what it must be like to be a man, she imagined it to be like standing on top of a building above everyone. She imagined all the girls/women standing below, looking up, were plentiful, and so in her texts to Eric, she included a kind of passion in her words to ensure him that she was the better candidate among his options. This was necessary to keep such a beast alive, interested.

The weather was miniskirt warm that Wednesday, the last Wednesday of February. Only the week before, sidewalks had been uninhabitable grafts of cement, stale things only used to make the quickest path by foot to your car, to the next indoors. But on this night the sidewalks were like wide patios suddenly comfortable in the still air of the night.

Denim shorts had seemed like a good idea when she had left her apartment, but now they were giving her a wedgie, making the weight she had gained that winter a major track in her mind.

Tara saw Sylvia as she approached the bar. She had on a pink stretchy skirt and ankle boots with a low heel, her pale legs exposed to the tepid air.

Tara thought Sylvia was pretty, but Derek never treated her that way. Sylvia had just cut her hair to bangs, but from what anybody could detect of Derek’s inner life, he did not note the change. His mind appeared to be on other things. The sea ahead of the ship. Kingliness. Ruling the land. Something like that.

“It’s like a Tinder sesh in here,” Sylvia said of the bar. It was the same bar where she and Tara had gone for beers all last Summer and Fall. The two had been regulars at the place, but hadn’t been since November, when the last gasp of heat had left the town.

The men’s eyes shifted around the room, evaluating the girls/women, deciding what they liked or didn’t like about each.

Tara had invited Eric out, but Eric hadn’t texted back yet.

They took their drinks out to the patio with large picnic tables. Tara looked around. She had seen some these men before, but only as squares that she could swipe. Seeing them in human form was daunting, and the thought occurred to her that she preferred viewing them from her couch. She took a deep draw on her pint. “Are you gonna text Derek?” she asked Sylvia.

Once, Derek had pulled down Sylvia’s stone-washed jeans with his thick hands and told her, “You forgot to shave your bush.”

“I don’t know, should I? Do you think he’ll answer this time?” asked Sylvia.

“The guys you date are dicks,” said Tara.

But Sylvia understood this one thing about Tara. Tara just didn’t get the nature of guys like she did, so she went in for an explanation. “Guys just like to point things out, okay? There’s nothing wrong with them. They just notice things and point them out. It’s how they are,” Sylvia said. “It’s like, how they’re built.”

Sylvia felt that she had finally gotten through.

Once, for example, Eric had pointed out that she wasn’t wearing any makeup. His commentary had nothing to do with his personality, you know? He just pointed it out because he had been built to state the obvious.

Tara could hardly hear Sylvia, distracted by a series of images of what Eric might be doing at that very moment. She checked her phone. First, she imagined Eric in his bed, not out on this warm night. Then, she imagined that he was out. Then, she imagined that he was with a girl/woman, and they were kissing and talking, and then that the girl/woman owned him, and this final thought made the place where her denim shorts hugged her belly feel a kind of urgent starvation. She took a gulp of beer.

She imagined Eric to be catchable. She imagined that if she just moved, correctly and with the right force, she could have him, tonight, and then she could have the world. She felt if she could just convince him to invite her over, it would be the first step. She began to feel wavy and loose, hot-cheeked.

“Why should guys be so off-limits, anyway?” Tara said. She noticed a bad Tinder date sitting at a bar table across the room from her and felt some sort of meaning behind it. “Plan B: I talk to him.” she informed Sylvia. The calories of the beer were sinking into her and probably clinging to her thighs, the parameters of the room were spinning vaguely, she felt her mind going in new, inventive directions.

“I think guys don’t always need to give you an invitation,” Tara told Sylvia, things suddenly becoming clear. “I feel like if they don’t respond to a text, that’s basically an inherent invitation.”

Sylvia emptied her pint into her mouth. “I think they only ever say no when you like, really can’t come over,” she said. “Like, let’s say they have some girl at their place, they’ll always say, no, don’t come.”

Sylvia’s speech was coming out easy and big, and she unrolled into the freedom of a monologue, the wooden picnic table between them a place where she could take up space. “I mean, Derek does this thing where, when I beg to come over, he says no, but you have to understand, that’s just what he does. He says that he doesn’t have time, but what he is really telling me is to keep begging, because he likes it. Like one time, he came over, and he just walked in my door and pushed me against the wall, fucked me and left. And I was like, that was weird, but hot, right? But then sometimes he is so like, warm and caring and he like, hugged me when I was crying on the steps of my apartment one time. That’s just what we do.” She took a breath.

“Okay, so Eric said that he wasn’t coming out tonight, so I was like, if you’re not coming out, then how can I give you shit all night for not answering my text yesterday? And then he was like, maybe I dodged a bullet. And then I was like, I can give you shit anytime I want. I’m coming over. I’m not asking you. I’m telling you.” She snapped the power button off on her phone and stared at Sylvia.

Everyone at the bar had made it out of their homes on the prospect of a warm night. It had been a long winter and this was the first night that anyone could stand outside, hold a beer in a tee shirt, smell the melting ice in the parking lot, feel winds against skin that didn’t brace or shock.

And for one glorious moment Tara could imagine that she was the teller, the doer, the maker of the world.

On the drive over to Eric’s house, she imagined the world receptive to her. She imagined it as she ascended the side wooden steps to his apartment door where the light was on. She imagined herself owning it all, right up to the hesitation she felt right before knocking on Eric’s door.

She texted Sylvia: “He might be actually ignoring me.” And then, more gravely, and as if coming from a place underground in a war: “Might have to abort mission.”

But when Sylvia texted this: “Why?” and then, “just knock on the door,” Something changed inside of Tara.

When Tara received that message, she grew in confidence. She knew she could do it. As she approached Eric’s door, gliding across the wooden patio floor like an undetected, silent bird at night, she knew she could enter the world where the gods lived, where they withheld their power and graces, knew she could make it in, gain entrance, would have a safe haven to stay for the night.