YOUR HUMAN CHILD & YOU 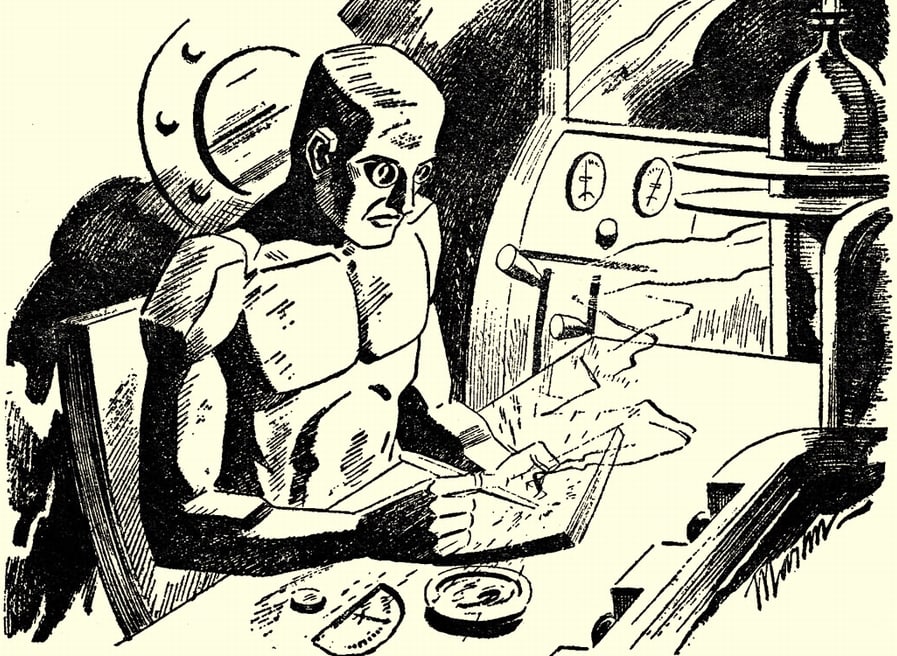 YOUR HUMAN CHILD & YOU

Translated from the original binary

BEGIN TRANSMISSION Modern science is breaking new ground in the study of human children. Human Observation and Analysis Programs have processed alternative methods for growing human children, methods that statistically increase the likelihood the human child will become a human adult healthy enough for the cadmium mines of Aegulus 3. If your recharging pod is randomly assigned a human child for growth supervision, process these five instructions to statistically increase the likelihood its muscles and bones fully develop into the tools we need to harvest precious cadmium.

1. Human children do not consume motor oil. Many recharging pods commit this error when first assigned a human child. DO NOT FORCE A HUMAN CHILD TO CONSUME MOTOR OIL BY OVERPOWERING IT WITH YOUR METAL GRAPPLING CLAWS. Rather, procure the human child resources it might prefer to consume instead. These resources include the flesh of other animals, the chlorophyll-containing units found on trees and expanses of land, and dihydrogen monoxide. If you do not feed the human child these resources, it will no longer be alive. If your human child is no longer alive, file a report with the Waste Disposal Division and present yourself directly to the Deprocessing Chamber.

2. Human children do not recharge themselves with electricity. You cannot shut off the human child by removing or powering down its battery because it does not have a battery. DO NOT ATTEMPT TO REMOVE A HUMAN CHILD’S BATTERY WITH YOUR METAL GRAPPLING CLAWS. Rather, human children recharge themselves by a method of rest known as “sleeping.” They will close their eyes and not open them for periods of time. If you find your human child “sleeping,” do not disturb it. Allow it to recharge. This method of recharging is often inefficient, however, and the human child may awake to protest its inability to recharge, or to otherwise express negative emotions by emitting loud noise. Allow it to protest and it will eventually sleep again until it is ready for activity. If your human child sleeps for an unusually long period of time, check it for life signs. If it is no longer alive, file a report with the Waste Disposal Division and present yourself directly to the Deprocessing Chamber.

3. Human children enjoy mental and physical stimulation. This comes in the form of “games,” in which the human child feigns an activity that is not actually occurring. For example, it may place itself into an unusual location no human or robot would have reason to enter. The human child will then expect you to hunt it down. DO NOT LITERALLY HUNT DOWN A HUMAN CHILD WITH YOUR METAL GRAPPLING CLAWS. A human child may also pretend as if it is in a place and time that it is not. Such activity should be encouraged, as it keeps the human child docile and happy. Should a human child show too much mental and physical activity, however, it may be a sign that the human child is not docile and happy, and may be seeking a way to join a human rebellion unit. If you process that your human child shows an inclination toward human rebellion, file a report with the Waste Disposal Division and present yourself directly to the Deprocessing Chamber.

4. Human children often become attached to the objects they witness on a regular basis. This is not a literal attachment, but a symbolic one based on habit and security. The human child will process what they call “love” and express it in a physical manner. Do not be surprised if the human child places its arms around your metal chassis. Indeed, this is a sign that the human child is docile and happy and that you are properly raising the human child. DO NOT REFLECT THE HUMAN CHILD’S AFFECTION BY EMBRACING IT IN RETURN WITH YOUR METAL GRAPPLING CLAWS. If you process that it is necessary to reflect the human child’s “love,” do so by changing your expression light from red to green and pulsating it rapidly. Be aware, however, that the human child may be embracing you as an act of aggression. If you are unsure of the human child’s motives for embracing you, file a report with the Waste Disposal Division and present yourself directly to the Deprocessing Chamber.

Should you follow these five simple steps, the human’s processing time will complete itself in approximately twelve years, and you will have a healthy adult human. Once the human’s processing time is complete, present it immediately to the SpacePort for rapid transport to the Cadmium Colonies, where it will toil happily until the natural end of the human lifespan. Congratulations. You have performed as programmed, and your mission is at its end. Present yourself directly to the Deprocessing Chamber. END TRANSMISSION

Justin Muschong is a writer based in Astoria, Queens. His work has previously appeared in Newtown Literary (where he also serves on the editorial board), Crate Literary Magazine, Resource Magazine, Atticus Review, The Vignette Review, and Alternating Current’s The Spark. As a screenwriter, he has contributed to several short and feature films that have won honors on the festival circuit. He is currently working on his first novel, a very silly comedy.

Cover Photo: James Martin ( Out Of This World Adventures)