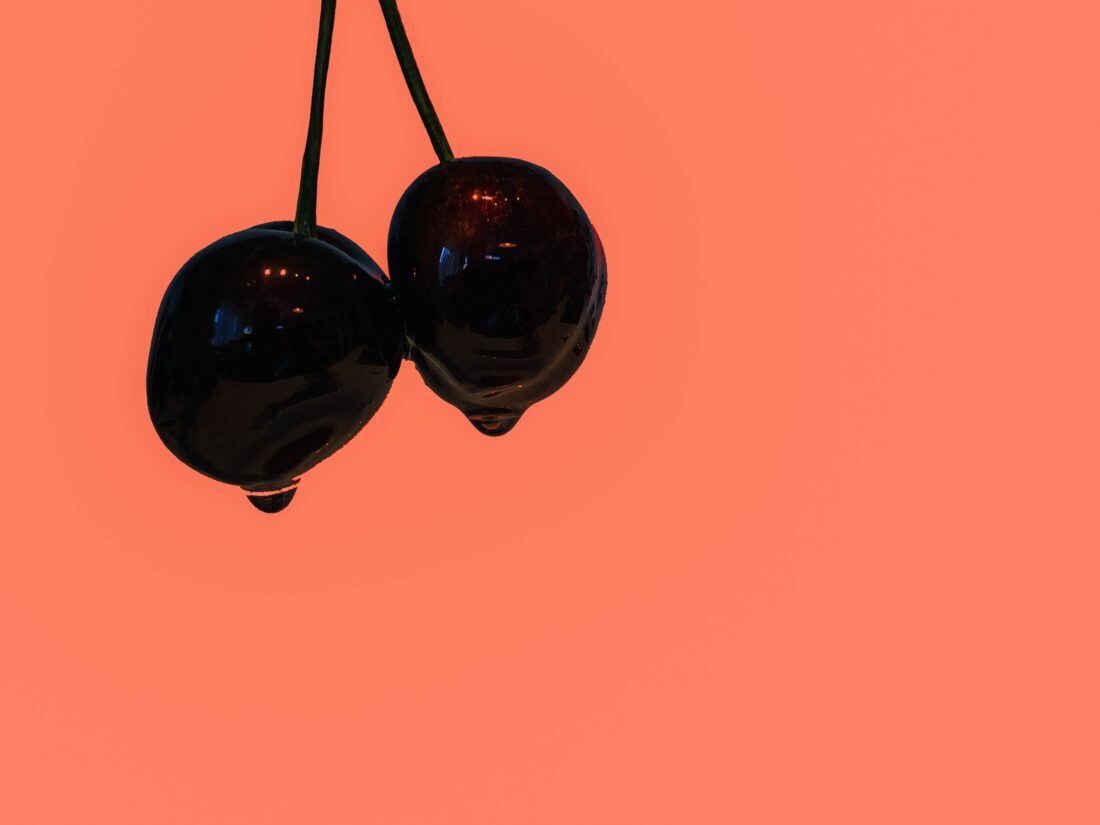 Thirty-two. She could always tell. Her mind’s eye pried open their jaws and counted each one, slipping a careful fingertip over old silver caps, oxidized fillings, and misaligned molars, stretching their cheeks to reach the crowded teeth in the back.

Wisdom teeth had an acrid scent, one that left her tasting buttermilk and raw meat on the back of her tongue. She visualized the tip of it prodding at places they could never reach with a flimsy piece of string or clumsy fingers, feeling wet crumbs of their masticated lunch and dislodged plaque buildup sliding down her throat.

The man was handsome, younger than her, baby-faced and doe-eyed, with two deep dimples bracketing a rubber mouth prop and the blunt metal instrument wedged into the base of tooth eighteen. Untouched next to its ivory, composite-filled neighbors, it was pristine in its aged imperfection, ready to join the ranks of loose, coffee-streaked, bleached white, chipped, and decayed bits of enamel-wrapped pulp lining a wooden box in her kitchen cabinet.

Earlier, he had worn a brazen cloak of tawdry confidence over his shoulders like an oversized suit and his laugh took up his entire face, showing off even, yellow-stained teeth. He’d introduced himself as Samuel in a cotton candy tone, brushing her cheek with mint and tobacco breath, asked her name, and offered her a piece of licorice. The soft kind, the kind that stuck and bred dental carries to make way for rot and abscesses, the kind that left sticky red sugar resembling beads of blood that he licked up after sawing at his raw, sensitive gums every other month.

Lauren was named after her grandmother, who took pride in her cartoonish dentures and penchant for shaming her only granddaughter into keeping her snaggle-toothed grin out of sight. In her attempt not to offend anyone with her unfortunate appearance, she became a ghost of herself before she’d had the chance to come into her own, whispering and hiding her mouth behind a shaking hand. Mumbling had become second nature, and she had learned to ration her words as if they were scarce. By twelve, with a rusted pair of pliers in her puffer coat’s pocket, she’d learned that a lie and the truth settled just the same behind her bottom lip, indistinguishable to anyone straining to listen.

To Samuel, she was Alexis and she’d never had strawberry licorice before, a tight-lipped smile punctuating each muttered line.

Once settled in her dining room with a weak grip around his mug, his head lolling, eyes unfocused under their heavy lids, and lips mumbling around her prodding fingers, she pricked the fleshy inside of his cheek and emptied an entire syringe. She bared both rows of her sharp, overlapping teeth and smiled at him without reserve, paralyzing him into a deeper submission, not another forceless half-syllable protest to be heard.

On the car ride to her house, with his gaze steady on her instead of the winding road and their sloping ascent towards her refuge serving as a home, he had called her cute. She’d heard it before, among other juvenile compliments, either pressed to her earlobe or stuttered in between nervous laughter. As a teenager stumbling into womanhood, her slender bone structure and waifish figure had been a prize to some and a point of ridicule for others, though she hadn’t ever learned to separate the two. Young men were nasty either way, and it could have been convenient to explain away her violent fixation as misguided, gratuitous vengeance.

But most men grew up to be more polite than their adolescent selves if only for the sake of appearances, their boyish naivety still present and dressed as charm. Samuel had stared at her, starry-eyed, quiet, and curious in the way a child was when waiting for their expected reward.

Lauren had returned Samuel’s compliment and wondered if it would take more than a drop in his drink to keep him tame. If, like others, he’d be fooled into thinking he was loosening her up rather than the other way around. If he’d believe he could take from her and run, catch a cab without looking back, leaving any remorse dripping from in between her sore thighs. She had kept her sweaty palms on the steering wheel and wondered if once he noticed the dark path to safety stretching behind him and panic set in, he’d fight against her impalpable restraint like some men had or succumb to her plainness that they often mistook for mystery.

In her living room, they had fit into the same corner of her couch and kissed. She wasn’t too dense to understand what she had at her disposal—a brush of her fingertips along the seam of his plump lips had been enough to have him stuttering and glassy-eyed, promising to take care of her. He whispered that he’d treat her well, that she’d never want for anything else, that he’d give her everything if she let him. He was pliant at the first touch of her mouth to his, giving in to the disarming exploration of her tongue dragging over his incisors and sharp points of his canines, enamel warmed with spit. The blood beneath her fingernails was as hot and slick, pooling under the pads of her thumb and forefinger.

Tooth eighteen wiggled in its shining flesh pocket, each press of the elevator levering the bone another delicious millimeter from its root, and red-streaked spit rolled down his numb, drooping lip. This was healing in its own way, bloodletting for no one’s benefit but her own, and with the soundless drip, her fragile ego mended itself, each frayed stitch looping and tightening into neat lines. With her hand cupping his cheek to keep his head still, she was as whole and unmarred as she felt at nine years old when she pocketed a boy’s still-wet tooth caked with playground sand. It had been part of him, something he’d been keeping alive, something attached to nerve endings and ligaments, a tangible reminder that he was human, that he was as fragile as she was. That an earlier signifier of vanity and pride, a status symbol that exists before they’re even taught the meaning of the phrase, was impermanent and destructible. Proof that he could lose something so minuscule and be as ugly as her.

When she’s discovered down an unmaintained dirt road, hidden between trees and miles away from prying ears, in her home, lying atop her crisp sheets in livor mortis, there wouldn’t be a diary left behind to decipher. No words left for people to twist into a misandric manifesto, and no testimony of whispers to clergy or sobs to a therapist that were met with urges to resolve her nonexistent issues with men.

It was an itch she’d never reach, no matter how much she dug into someone else’s gums. She would never be complete, no matter how much blood and spit she washed from beneath her fingernails or how many times she healed herself through collecting pieces from unsuspecting men. She would never look in the mirror and feel as though she didn’t exist in the uncanny valley between human and something else entirely, an imperfect pile of muscle, fat, and bone with not quite enough empathy to make the cut.

Beneath a thick rush of satiation, guilt lay dormant as she clamped forceps around his blood-slicked tooth. With a single tug, it released from its socket and bright blood bubbled to fill the negative space, sliding into his gum line and settling under his twitching tongue. His weak cry vibrated through his jaw against the heel of her palm and his eyes widened, blinking through tears at the inch-long tooth held in front of him. He remained still, his wrists unmoving in the tight leather straps, nothing but the flutter of his wet eyelids and his heaving chest.

Under the sluggish influence of gluttony, Lauren placed his tooth on the center of her tongue, closing her mouth around the bitter hard candy. With it pressed to her ridged palette, she sucked back blood and saliva and the walls breathed, the red-splattered floor tilting her towards equilibrium. Samuel watched her, pale under a sheen of sweet, his eyes trained on hers even as she put the tooth to rest, removed the prop from his mouth, sewed his fresh wound, and packed his cheek with gauze.

Soon, she’d walk him to her car, drop him off less of a person than he was before locking eyes with her and forget the specific lines and shades in his irises. There was no comfort in knowing that he wouldn’t forget her, that shame would either keep him quiet or lead her to become nothing but a drunken confession, reconciliation of his perceived wrongdoings over lukewarm beer. She’d still only have her loneliness and deficiencies to her name, her box of teeth the only reminder of her fleeting wholeness.

Whenever she released men from the leather straps, there was always a transient moment in which fear shot through her. Each one of them had been bigger than her, more than capable of overpowering her and snatching her teeth out. Samuel proved he was like the others, sat unmoving in the chair, petrified and wary of any maneuver they could have made. Though, unlike other men, there were no pleas or slurred questions regarding her motives through a haze of the waning drugs.

Unease caught at the base of Lauren’s throat and she faltered with her hands on the straps, unfamiliar with this specific brand of surrender.

“I—” An inarticulate sound from his slack mouth. “Was I good?”

Lauren took a step back, nodded her laden head, and watched one side of his lips lift into a smirk. One dimple appeared alongside his pink-tinged teeth. His stare grabbed her by the throat and she yielded, heavy and full with the weight of his earnest docility. The ceiling dipped, the floor sagged beneath her feet, and she sank towards him, lightheaded with the pleasant suffocation of a crushing embrace. Samuel took one staccato breath, stuck two trembling fingers into his mouth, and removed the soaked gauze—black cherry syrup, the fruit of her labor. He exhaled, and with it came a mist of blood, a viscous drop dribbling down the center of his chapped and peeling lower lip. “I can be better.”

With strained effort, he pulled the other side of his lips into something of a twisted smile. Then, fluttering his eyes closed, he tipped his head back and opened his mouth.