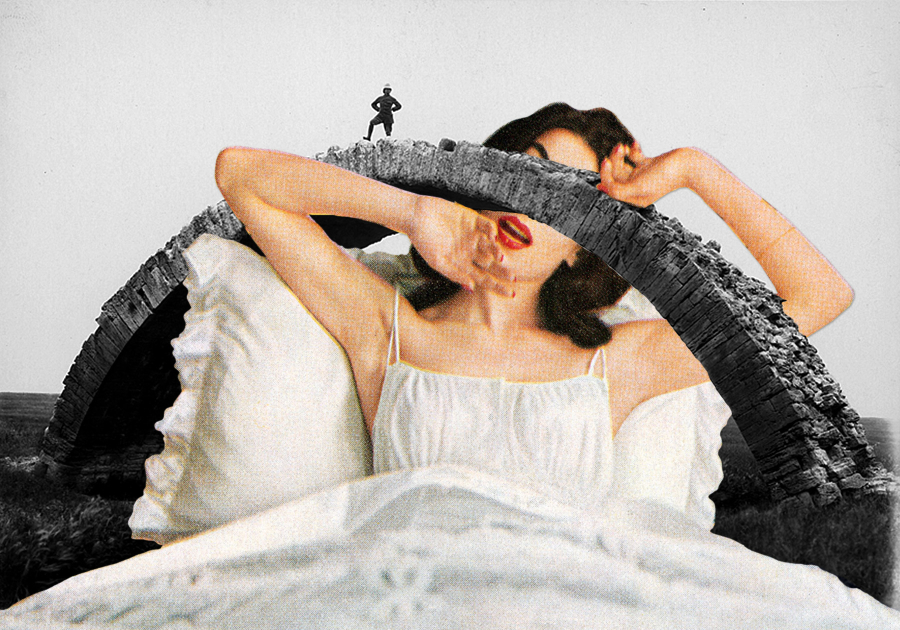 The girl fell out of the sky. We all saw it, except for Ruth from the bakery, who had her back turned to pull a torte out of the oven. Ruth’s son Baxter was the first one to approach the fallen girl, poking at her with the toe of his left boot.

He only asked because she looked better than you’d expect for someone who had fallen out of the sky to do. There was no mess, only a trickle of blood flowing from the back of her head as she gazed gape-mouthed at the sky.

Baxter was supposed to help his mother in the bakery (and there was a certain type of girl that found that irresistible, sliding love notes under the bakery door, epic epistles to the flour in his eyebrows), but he was playing hooky to have a cigarette, and to burn one of the love letters.

My dearest Baxter went up in flames.

The night before, he’d been saying to his best friend, I wish something interesting would happen. Standing outside his mother’s bakery, exhaling smoke, he was pleased to see that some mysterious god had granted his wish. He dropped his cigarette in the gutter and went running so he’d be the first one to the fallen girl, so he could lay claim to her.

You’re my girl, he said when he bent down to check her pulse.

Across town, the girl who’d written that day’s love letter felt a sharp pain in her chest and didn’t know why. When she mentioned it to her mother, the woman nodded.

That’s a broken heart, she said with the wisdom of one who’d nursed her own.

But why? said the letter-writer. But why?

On the street beside his mother’s bakery, Baxter was touching the fallen girl’s wrist. Her skin was cool and soft, but less pliable than dough. He felt, he thought, the fluttering of her pulse, but it was really only the beating of his own heart. He covered the girl’s mouth with his own and breathed into her. He pounded her chest with his fists. The girl that had fallen out of the sky didn’t complain. Baxter liked that about her. He’d had a girlfriend for a while, but she’d broken up with him over the phone: You’re nothing like I thought you were.

Eventually, Baxter ceased his abuse of the fallen girl and pulled her into his arms so that when the authorities came, they’d find them like that: Baxter and the girl, who was his now, we all knew it. She would never be known as anything else, never be claimed, Baxter’s girl, with his breath inside of her, and his hands touching her, tenderly, and he vowed he would never love again, not like that.

Cathy Ulrich would also like something interesting to happen, but maybe not so interesting as a girl falling out of the sky. Her work has recently been published in Cheap Pop, Potluck Magazine and Cleaver Magazine. Her humor writing can be found at her blog Hollywood Hates Me (www.hollywoodhatesme.wordpress.com).