A review of Stephen Moles’ ‘A Review that Reviews Itself’ 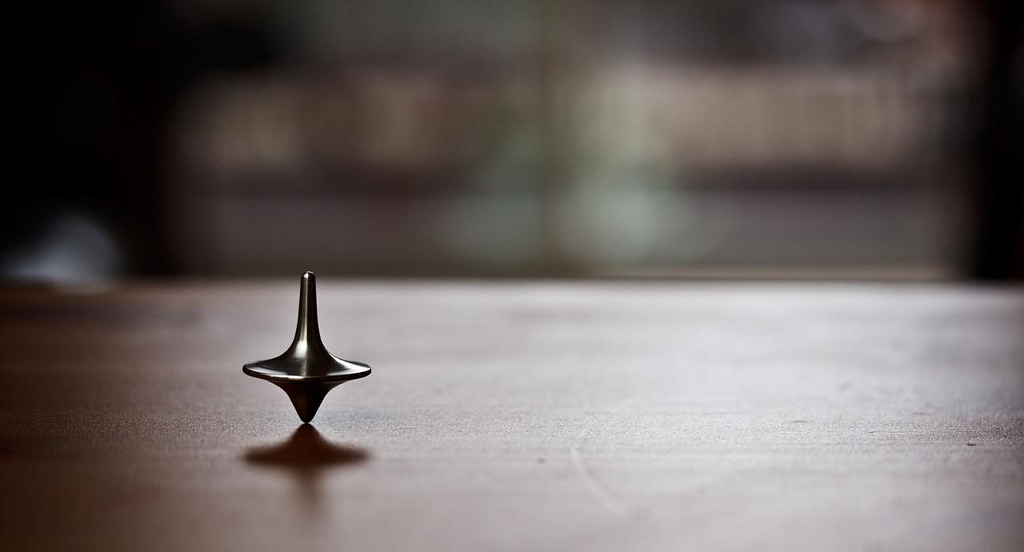 It is because of this sacrifice of impartiality for the sake of metafiction, and the announcement of it in the introduction to ‘A Review that Reviews Itself’, that the reader is thrown straight in at the metafictional deep end and forced to struggle with a violent whirlpool of meaning. The opening paragraph causes the work to immediately spiral inwards, referring to itself without providing any content beyond self-reference.

Straight after the beguiling opening, the author adds a further metafictional layer to the piece by describing how another layer of meaning is added by the author, which means there’s no letup for the poor reader, who is now left wondering what the text they are reading actually refers to and whether they will get anything out of it if they bother reading on.

It is then that the review gets simultaneously worse and better. It gets worse because the reviewer criticises the piece, referring to it as something that “gets worse”, but it also gets better because this criticism introduces yet another layer of meaning, allowing the piece to reach new metafictional heights by including a quote from its nonexistent self, which is like seeing nothingness painting a self-portrait.

You, the reader, are now dragged into the writing with the use of the second-person pronoun. You are forced to enter the metafictional maze as you try to determine whether you are simply the reader of the review of ‘A Review that Reviews Itself’ or the reader of both self-referential texts.

Before either of us have a chance to get our bearings, the author delivers a suckerpunch in the form of the first-person plural pronoun. With the use of the word us, neither the author nor the reader are able to decide whether the author and reader being referred to are real people outside the text or characters within it. The fact that this needs to be considered means that two separate author/reader pairs are created with one simple word.

One of the readers concludes that the piece they are reading is too clever for its own good and is rapidly descending into nonsense, while the other reader realises that they have split into another pair by being referred to in the text because there must exist a third reader outside the text, making a total of three readers. That reader despairs as they realise they have been turned into the third person via the use of the first-person plural pronoun, which instantaneously makes them split again, into a third and fourth reader, because they are referred to again in the text they are reading.

Just when the truly real reader, who becomes the fifth reader by being thus referred to, thinks the end must surely be in sight for the review of ‘A Review that Reviews Itself’, the author adds another level to the metafictional space tower by saying that the aforementioned reader pens their own disparaging review of the review of ‘A Review that Reviews Itself’ in the hope that this will stop the madness. What this reader fails to realise, however, is that their attempts to end what they refer to as “metafictional masturbation” take place within it, so their criticism is a continuation of what they oppose. There are multiple layers introduced in this instance because the review of ‘A Review that Reviews Itself’ now refers to a fictional review of a review of its fictional self, thus creating the Droste effect in a completely different direction to the previous chain of reviews, and transforming the reader into the co-author because some of the material they are criticising consists of their own words, which are being read by the real reader (now the sixth reader).

By the end of the piece, Stephen Moles has managed to make so many twists that his review of ‘A Review that Reviews Itself’ is reviewing a fictional review of an endlessly splitting reader created by a review that brings itself into being out of nothingness by simply referring to itself in a review of a review that exists nowhere other than the yet-to-be-written review.

If at this point we assume that Stephen Moles’ review of ‘A Review that Reviews Itself’ has ended, another magic trick can be performed. By continuing to write, but in the style of a postcript, it is possible to simultaneously end and continue the piece while also entering (and perhaps even inventing) the realm of infra-metafiction. If this section reaches a certain length, the above self-referential review will then resemble a mere introductory quotation, and the meaning will shift again.

Just as humans seem to create, in the past, the conditions for their existence in the universe by measuring them now, the longer this review goes on, the further it stretches into the past, writing a pre-pre-meta-title in the reader’s mind, then a pre-pre-pre-meta-title and so on, and into the future, by being a postscript to itself, expanding in every direction until…

Before the reader can reach THE END, the Bookbomb Squad is brought in and a controlled explosion takes place to neutralise the threat that the explosive reading material was said to pose to itself and others.

PLEASE FORGET YOU EVER READ THIS.

This piece is taken from All the World’s a Simulation, a mentally unbalanced novel written by Stephen Moles, due to be published by Sagging Meniscus Press in May 2018.