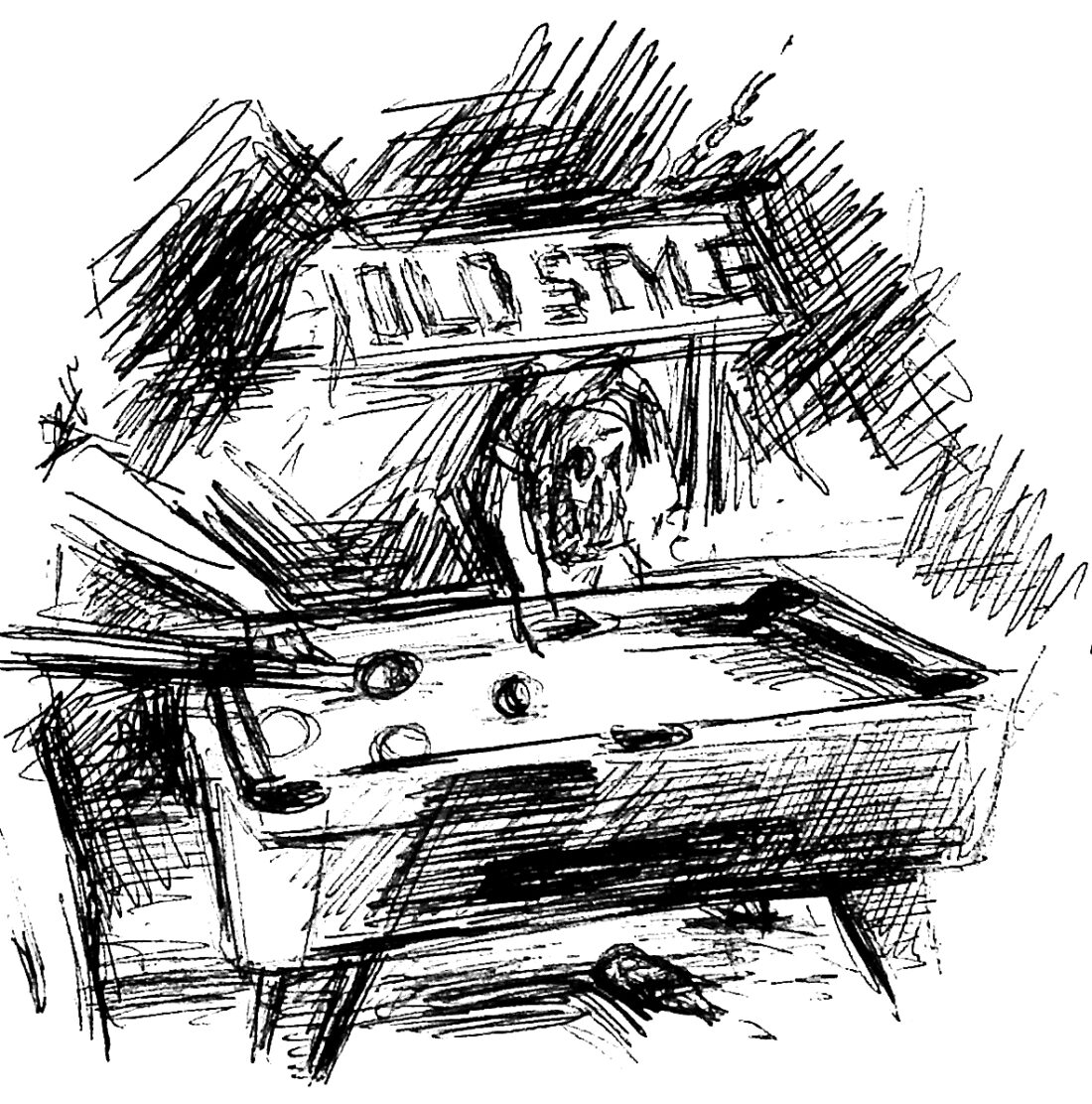 A Pool Table is Bad News

An Excerpt from Old Style by Dmitry Samorav

Matt and Laura come to the Blue Light every week. They order a pitcher of Old Style and play pool. The table is at the back of the bar and players have to stand aside to let guys get to the men’s room on one side, women to the ladies’ on the other. Every game is interrupted multiple times. There’s no way around it.

Matt and Laura claim they’re not together but their games look more like dates the less beer’s left in the pitcher. She brushes against him before lining up the next shot. She keeps looking at him while he’s lining up his. She kisses the back of his neck. He laughs it off.

If they order a second pitcher she gets weepy before it’s half gone. He pushes her away when she whispers in his ear. Some nights after they’ve been in I go home and dream about her. It’s a generic man’s dream. I push Matt aside and Laura wants me instead. But the pool table punctures the fantasy. Nothing started around a barroom pool table ever ends well.

It’s a quiet afternoon but I’m uneasy. Bill is in with a coworker from his garage. They rack up a game. They’re on their lunch break pounding bottles of Ice House and Rumple Minze. Loser pays. Bill goes to the jukebox and feeds it a dollar to play Kid Rock’s “Cowboy” five times in a row.

I try to tune it out but soon they’re screaming at each other. Bill is accusing his pal of cheating. Now they’re fencing with their pool cues. I go back there and ask what the problem is. Bill apologizes as I take the sticks out of their hands. They go up to the bar and order another round before returning to work.

The worst is when a guy hogs the table. After he wins a couple games he becomes insufferable. Then, as others get impatient for their chance people get testy. Jimmy picks up the quarter which marked his place in line but Tim insists it was his. Everyone else joins in, takes sides. They nearly come to blows. I shut down the table for the night.

At the Albatross there’s no pool table. There’s a dartboard but we lost or broke most of the darts long ago and tell people it’s out of order. Sometimes old-timers come in and insist there used to be a table. But Lon tells them there hasn’t been one in fifty years. He’s spent his whole life here so he’d know. They walk away muttering to themselves, not convinced.

What is it about a felt-covered table with holes that inspires so much misery? Nothing good ever happens around one. It’s a magnet for misfortune. Maybe it’s the booze that turns the game bad but I’ve never been anywhere that drinks weren’t a part of it. The more players drink the more the balls and cues become weapons.

I flinch hearing the hard clap of balls hitting each other. It’s only a matter of time before one ends up on the floor or airborne, aimed at somebody’s head. Then I have to go back and end the game and they hate me for it. Maybe they can’t enjoy themselves without a threat of danger. There are no stakes otherwise.

When Matt and Laura leave they’re not speaking to each other. Whatever she’s trying to get him to do falls on deaf ears. Maybe the pool table’s not to blame, but it doesn’t help.

Jukeboxes are also no good. Drinkers can be trusted with neither.