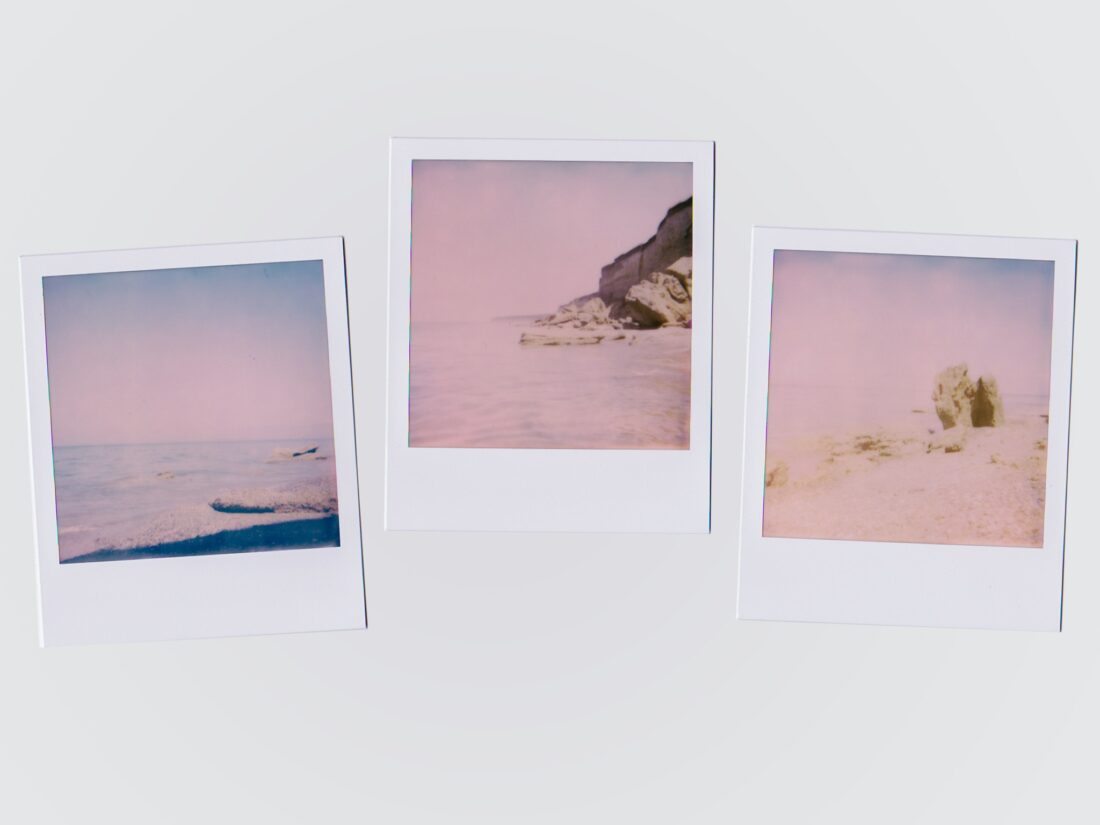 Saturday I drove out to the lake. Or at least someone told me it was a lake. The thing I was prepared to swim was lake-size.  When I had arrived, it turned out to be an ocean.

Oceanic is how I would describe it. There were no other people at this ocean, no children in the water, no lifeguard protecting the beach, no adults holding hands, coasting the boardwalk. I had the ocean to myself; it was just her and I. I stretched my body out.

The bathing suit I was wearing was in a dark and navy blue. Sometimes to the eye it was so deeply hued it appeared plum. To the eye, when I swam, I was one with the ocean, changing color with its currents and waves. I was content to shape-shift until I found a space in that ocean I could fit permanently into. I say this only to announce that an ocean had indeed once swallowed my body whole. It happens when you sink in tandem with that wetness, when you let that damp encompass and bend you into its waves, not unlike a well-folded meringue.

It’s hard to define your own smallness when swimming in a vast ocean such as this one.  My body had disappeared before but I had resurfaced, enough to know that when swimming any new ocean I was to hold my body upright, to float my body towards the top of that water, to not exhaust myself too early on.

It was a beautiful Saturday. Although no one was on that boardwalk, you could still smell the onion rings had from the nights before. On the boardwalk, the empty rides sat swinging in the breeze, a cloudless and crystalline blue sky pressed as backdrop. I peeled my linen clothing off and set them gingerly on the warm sand. The sand was not yet piping hot and I let my toes bask in the grains before I sprinted directly into the ocean’s gurgle. I did this thing where I tensed my body up before impact and released everything I had into the water once I was there.

The tides rushed my ankles, the smell of salt water hit my face. I touched all ten tips of my fingers together, pointing downwards into this thing I had wanted to conquer. I let the water take me out.

It’s true I was expecting a lake, but the ocean was a pleasant surprise. I had heard horror stories always about the ocean. My father told me never to trust an ocean. But this ocean, it was special. I could tell from the moment I entered it and from the moment it entered me. In fact, for all the tensing my body had done, the water had a way of unwinding my limbs into its placid temperatures. It was reminiscent of a bath from childhood, all the foam reincarnated as my beloved bubbles.

Not only did the ocean make my body relax, but its currents began to pull me towards a small cove in the distance. I sunk myself to the bottom of the shallow wade and my toes did not touch any gunk or rock, as they would have in a lake, but instead felt the smooth pillow of a sandbar.

I began swimming through this ocean with no one else around me and I trusted myself enough to make my way to the cove and to find my way safely back. The ocean looked flat in the distance, welcoming. When I put my face into the water, small yaps of waves licked over my ears and shoulders. It gave me a great sense of love. I had no idea what I had done to discover the gift of this particular ocean. How foolish I would have been if I had turned and instead went to find a lake.

The ocean whispered to swim to this cove and I listened intently, knowing full well that I had begun falling in love with this ocean and I wanted to discover more parts of it. It told me that at the cove there was a resting point, and beyond that a wooden dock that bobbed in the depth of the landscape. Only the strongest could reach out to the dock, not everyone could make it. But the prize of the dock, of proving myself alone to this ocean, was enough to lure me.

I swam to the cove and there found coconuts filled with sweet milk to drink and I gave myself the briefest pep talk. I said you are capable of this swim the ocean loves you as you love it you are strong focus on this swim as an Olympian swimmer would if only to experience the ocean if only to taste it at fullest capacity.

Just then, from my cove, I could see a man in a woolen sweater waving his hands from the now distant shore, my original shore. He shouted to me and I stared silent back at him, letting the ocean’s waves wash over the timbre of his voice, static to signal. He took his hat off his head and waved its flare in my direction, jumping up and down. This frantic excitement was what I needed to catapult out of cove and begin my trek to the storied, anchored dock.

What I did think of was how that dock was mine and mine alone and that I earned this dock somehow by all the special qualities that made my body up. I would lie on that dock for an hour or two or three with the sun hitting my face, the temperatures just right. The ocean had ripened me for this dock.