A SONG YOU CAN DIE TO 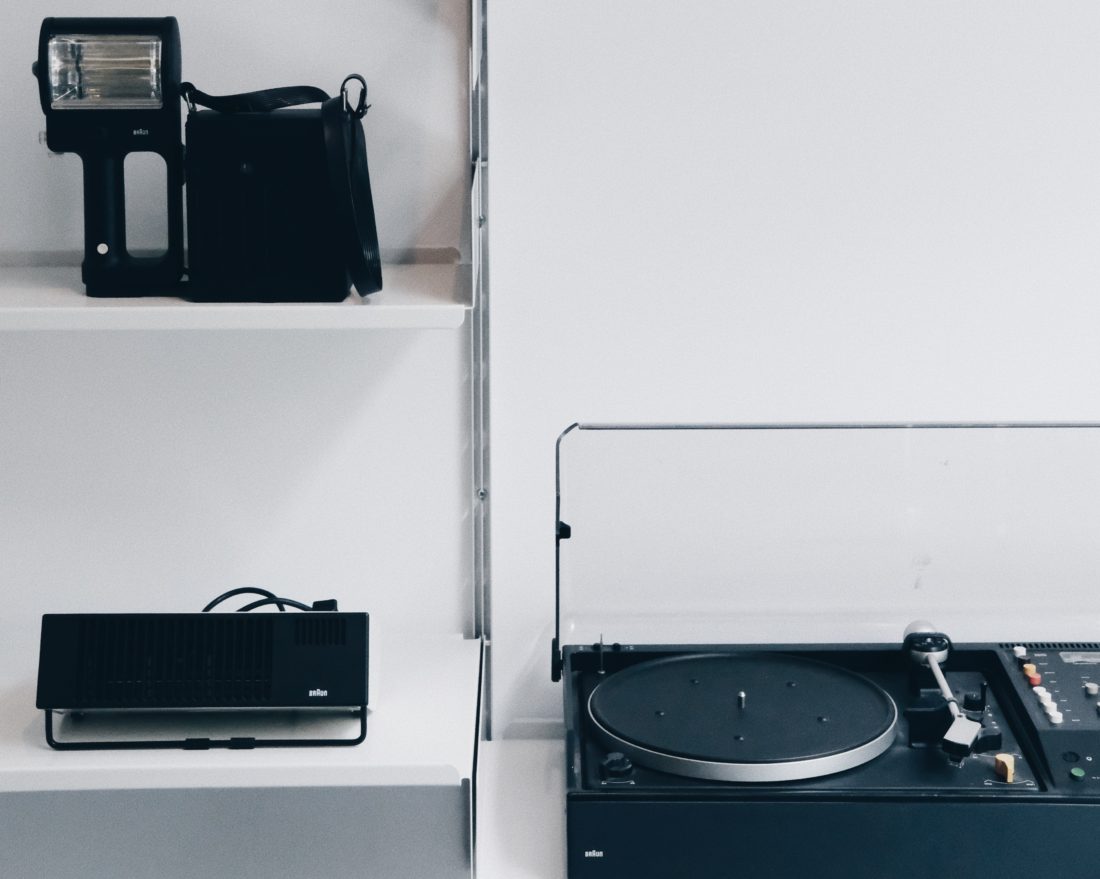 Under the backyard lamps, amid the hum of summer insects in the near-northern suburbs of Jaffa, Ariel drew his guitar from its case.

Zamir chuckled, speaking with his grandson in their native Hebrew. “You take after your Zadie. When I was your age, I played five hours a day.”

“You know why.” Zamir raised his hand, showing off his stubbed knuckle.

“But how did it happen?”

“I’ll tell you when you’re older.”

Zamir stroked his thin white beard with his mutilated hand. He stood, opening the screen-door.

“Where are you going?”

Zamir reemerged with a bottle of golden arak. He poured the booze, set the glass on the table, and paused. “A great song is a song you can die to.”

The old man raised the arak to his lips. “When you meet that moment— whether you’re fighting or flying or eating your supper or anything else that you do— when that song is playing, can you level with the fates?” He set his glass down and drank in the heavens. “That’s what a great song allows you to do. Lesson one— don’t settle for anything less.”

Zamir grasped the guitar from his grandson’s lap. Adjusting his seat, he fingerpicked an open chord. “I was a musician for as long as I remember. Judaism was my culture, Romania my country, but violin was my religion.” He let his fingers glide along the fretboard, dreaming of the way he held the violin’s neck. “The Nazis came when I was seventeen. I saw the fear in other people, but I never felt the fear. Of course, now I know how close-minded I was, but back then I didn’t see myself as Jewish. I was a musician— all else was secondary.” Zamir sipped on the arak. “The Nazis arrived at our home in the middle of the night. They broke the door down, told us to pack for vacation, and lined us outside in the street. I packed my violin— no food, no clothes. Of course, I didn’t know that the camps—

Zamir sipped, breathing in. “I’m not prepared to talk about the camps.”

Shame soaked in Ariel, placing weight upon an orphan smile. He watched the movements of his grandfather’s mouth, no longer comprehending the words, yet knowing that he must somehow remember them.

“In ’45, I didn’t know if my mother or sister were dead. I knew that the Nazis had murdered my father. I knew that my body would prevent me from living much longer. That I knew. I didn’t know how it would end. Then one day they told us it was over, as though it was all some elaborate joke that the world had tired of.”

Zamir formed a chord over the fretboard, continuing to fingerpick, letting his half-knuckle linger on the edge of the vibrating strings. “The Soviets were coming to liberate us, and the Nazi guards panicked. They opened the gates to the camp and they told us to march. I followed the bare feet in front of me, thinking only of their strength, how they continued marching despite what they already marched through. With no destination, no possessions or provisions, no muscle left on their bones, they marched on. They were famished and depleted, diseased and decrepit, but they marched with a hope they had not known for years. Weak as I was, I gained strength through those feet— but their path was not to be mine.”

“I heard a voice say, You’re the violinist. I turned to see a Nazi soldier with a violin, and he said—

The old man winced, pain amassing in his upper cheeks, deep beneath his eyes. Remembering the song that he would play, he looked to Ariel. At his age, the boy would never understand what he was soon to hear— a story one could only listen to, but never know. “He told me to play something sad.”

Ariel waited for his grandfather to play.

“I played Hebrew Melody, by Achron.” Zamir’s remaining fingers danced atop the fretboard, solemn with purpose as he told his grandson how the Nazi officer first closed his eyes and listened to the violin, how when the Nazi officer again opened his eyes there were rivers of tears on his skin, how the officer looked at seventeen-year-old Zamir and gave the order for the boy to follow him and play the melody until its mournful end, no matter what transpired between now and then, lest he sever the young violinist’s valued fingers with a bullet from his Nazi-issued shotgun, how Zamir closed his own eyes and he followed Nazi orders, how he walked, his eyes closed, his fingers to the violin, until he heard the plop of what had once possessed a human soul, a lifeless body dropping deep into a massive pit of dust, and yet he did not, could not separate his body and soul from the violin’s body and soul, how he played for what seemed to be two-thousand years with his eyes shut from the shouting soldiers as they hoisted Jewish corpses and then tossed them from the precipice, the stillness of their souls now ringing out like the alarms of the apocalypse, how more bodies splashed in the dust, how they piled, how the heaping of the bodies less disturbed him than the wailing of a child, a voice somehow familiar yet calling out from places of terror he had never assumed might exist, how strange curses sounded in German as Zamir transcended his body to become the singing soul of the sad violin, how he waited for a bullet to crash through his skull so that his soul would rocket through the atmosphere, his body plummeting, and yet he played the melody until its lengthened bitter final note, how he opened his eyes and how he prayed they were deceiving him, how his pulse thrashed, how his kid cousin, neighbor and cellmates lay slain, their corpses piled and their souls all in a tangle to ensure that not a one of them would ever be identified again, the blood they carried through their deep ancestral history spilt like the blood of lame-leg horses in the snow.

Zamir lifted his fingers. He opened his eyes to the patio lights. The rain began to fall, yet he and Ariel remained protected on the patio, weeping in silence.

“The blood of our people, the blood of your ancestors, melted with the snow.” Zamir placed his hand on his grandson’s knee. “In that moment, I became a Jew. I vowed that I would carry the blood of those slain, that I would outmuscle our foes.” He sipped the arak. “In the silence, the officer saw that I had dropped the violin. He shot at the instrument. It jumped from the ground, and the wood splintered into my legs, piercing through my camp uniform. The officer laughed. Then he looked me in the eye and he lifted his shotgun.” Zamir raised his stubbed knuckle for his grandson to see.

Silence sang. Ariel wiped the tears from his eyes. “Zadie, do you still believe in God?”

“God could not have watched and done nothing,” said Zamir. “There is no God. But there is song.”

“Hush now.” Zamir reveled in the percussion of rain, a rain that did not plop but pitter-pattered in a perfect rhythm that could level with the fates— too-ka-too-ka-ta-ka-too-ka. “Listen, child. The concert is free.”

Rushing to the door, Ephraim unturned the lock, swung the door and threw his arms around his son. Now eighteen years old, the boy-soldier wept in his father’s white chef’s uniform. His curls had been shorn, his ears big and red-hot. His youngest brother Shalom looked on from the counter, embarrassed.

Ariel released his father’s hug. He wiped his tears and sat upon a barstool. “I can’t stay long.”

“We didn’t know you were coming,” said Ephraim.

Ephraim lost all volume in his voice. “What happened?”

“I just need something to eat.”

“Shalom, lock the door,” Ephraim said. He fixed Ariel’s favorite dish— lamb shawarma with hummus, tzatziki, fries and salad in a pita wrap, twisted in foil with his oven-toasted garlic sauce. Ariel shoveled the wrap to his mouth before his father could return with a fork.

Ephraim brought a second plate with lamb and chicken shawarma. “Do you plan to see your mother?”

“They’ll look for me there.” Ariel turned to Shalom. “I need you to bring my guitar.”

“Not here. There’s no time.” Ariel scribbled on a napkin. “Take it there.”

“Are you not gonna tell me why you’re here?” Ephraim asked.

Ariel disappeared before his father finished speaking. He couldn’t tell his father, couldn’t even find the words to tell himself, how he had showed up at his shift to work the checkpoint, how he pestered lines of Arabs in the chain-fenced corridor, just as he had seen his superiors do, just as he had pestered Arabs throughout every shift in his enlistment, how he and his comrades never really meant harm, it was a way to pass the hours, how they searched the Arab bags and vehicles just as they always did, how sometimes they actually found contraband and prevented a terrorist bombing, how yesterday one of the Arabs had opened his bag, a bag which protected a prized violin, how a voice, or not a voice but a memory that floated through the universe, had whispered from a deep ancestral well, how that whisper rumbled deep within Ariel’s soul until it thundered like an edict and it soared between his lips as though it were not Ariel who was delivering the words, but an ancient mystic mourning song that chose him as its instrument, demanding the Arab to Play something sad.