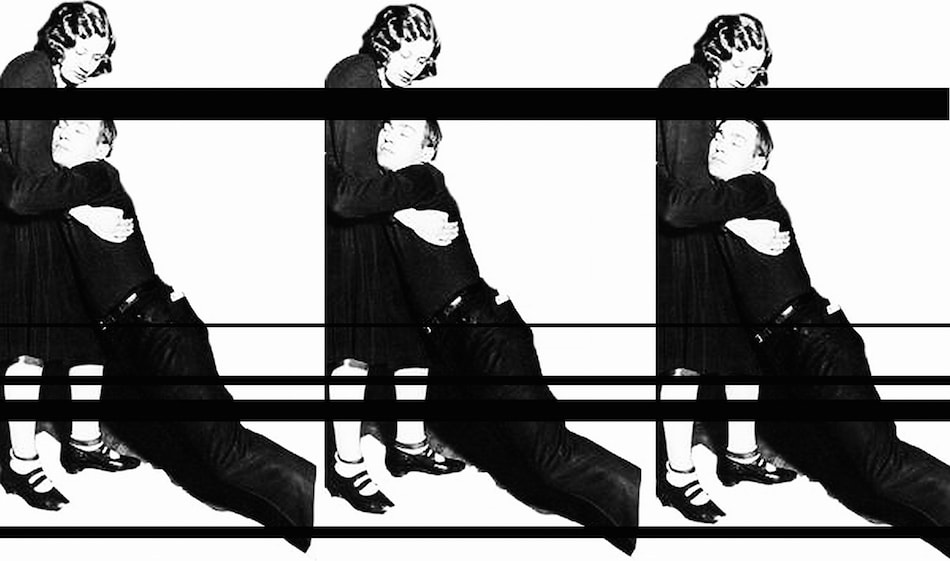 You saw me, but you said nothing. You pretended not to look at me while I pretended not to look at you, but we could distinctly feel the prickling of each other’s awareness in the coffee-tinged air of the café. I was talking with someone, but I honestly couldn’t hear what she was saying above the whir of grinding coffee machines and you. In fact, in that moment, I’d forgotten who she was. Her face had turned indistinct and muffled as if it my eyes hadn’t decided what it should look like yet, and in the periphery of my vision, I watched you hunched over your laptop across the store, sitting pushed up against a wide window so that the sunlight threaded hazily through the light yellow hair that fell into your eyes and brushed your pale lashes like gentle rays of fire.

I think we both thought one of us would approach the other eventually, as if it were an inevitability, but we were stuck on the edge of proper acknowledgment, too reluctant and afraid to tumble over it, and we overestimated the existence of such driving forces like fate or destiny.

I wondered if you still had that habit of smelling new books, thumbing through the thin pages and inhaling the cardboard scent that wafted into the air. I wondered if you were still scared of butterflies, if you still woke up in the godforsaken early morning to watch the paperboy coming down the streets on his bike, if you still paused to hear the echoes of voices rattling back and forth across empty streets at nightfall, waiting for the sound of my footsteps treading on the pavement so we could walk home together with our elbows bumping and our lips sometimes touching as though by accident. I wondered if your eyes were still a luminous blue, like flecks chipped off an iceberg, because I felt that I had stripped them of that color when I left, since it felt like mine in a way, and you weren’t allowed to wear it without me.

The last time we spoke was the day we parted, but I couldn’t recall what it was we were talking about then. All I remembered was the two of us in a dim lit room with papery, clean-cut shadows thrown along the plaster walls and creeping below tabletops. The blinds to the only window were shuttered open, and we could see the seething nighttime darkness pressed up close against the glass panes like a warm, exhaled breath. Miscellaneous insects crashed into that window, attracted to the light inside, and they would knock their heads insistently against the hard surface three or four times before continuing on their way, beaten and dazed. I remembered the faint sight of leaves twitching in the grass outside, nervous, uncertain movements, fluttering into the air as though they were puppets brought alive and circling up and down in endless cycles of repetition as the wind took them twirling and spinning form the earth before they fell with the sudden dying of the breeze. I remembered only the impression of faded words crawling from our mouths, straggling out weary and limp as though the conversation itself had no meaning worth retaining within the repertoire of memory but it was rather the way we held it tenuously and tiredly between us that conveyed in volumes any semblance of resolution or substance.

It had been almost six months since then, and so we stayed together in that café for three hours, never outright watching each other, without so much as evincing a hint of awareness of the other person’s presence. But we could feel it, me and you, and it was almost as if that were enough.

I didn’t believe in the sometimes peculiar synchronicity of events that people sometimes stumbled upon in the course of their lives. It was all bullshit, of course, all that about contriving meaning from the plain fact of mere coincidence. Instead, people skimmed by one another, the dull edges of their existences scraping against the edges of another’s, pirouetting away blithely in divergent directions like errant ballerinas. And so it went.

And so I went. I was saying goodbye to my companion and rising from my seat and leaving leaving leaving. You finally glanced my way with your forehead crinkled and your mouth hanging half-open as if poised to say something. I waited for a sudden urging of fate, that invisible guiding hand, to carry my feet in your direction, and I thought you were waiting, too, but instead it carried me out the exit to the parking lot and into driver’s seat of my car. It was no use. We already resigned ourselves to this end.

Connie Guo is currently a rising senior at Seven Lakes High School, which is located in Katy, Texas. Her work has been accepted for publication at The Apprentice Writer, Menacing Hedge, and After the Pause.