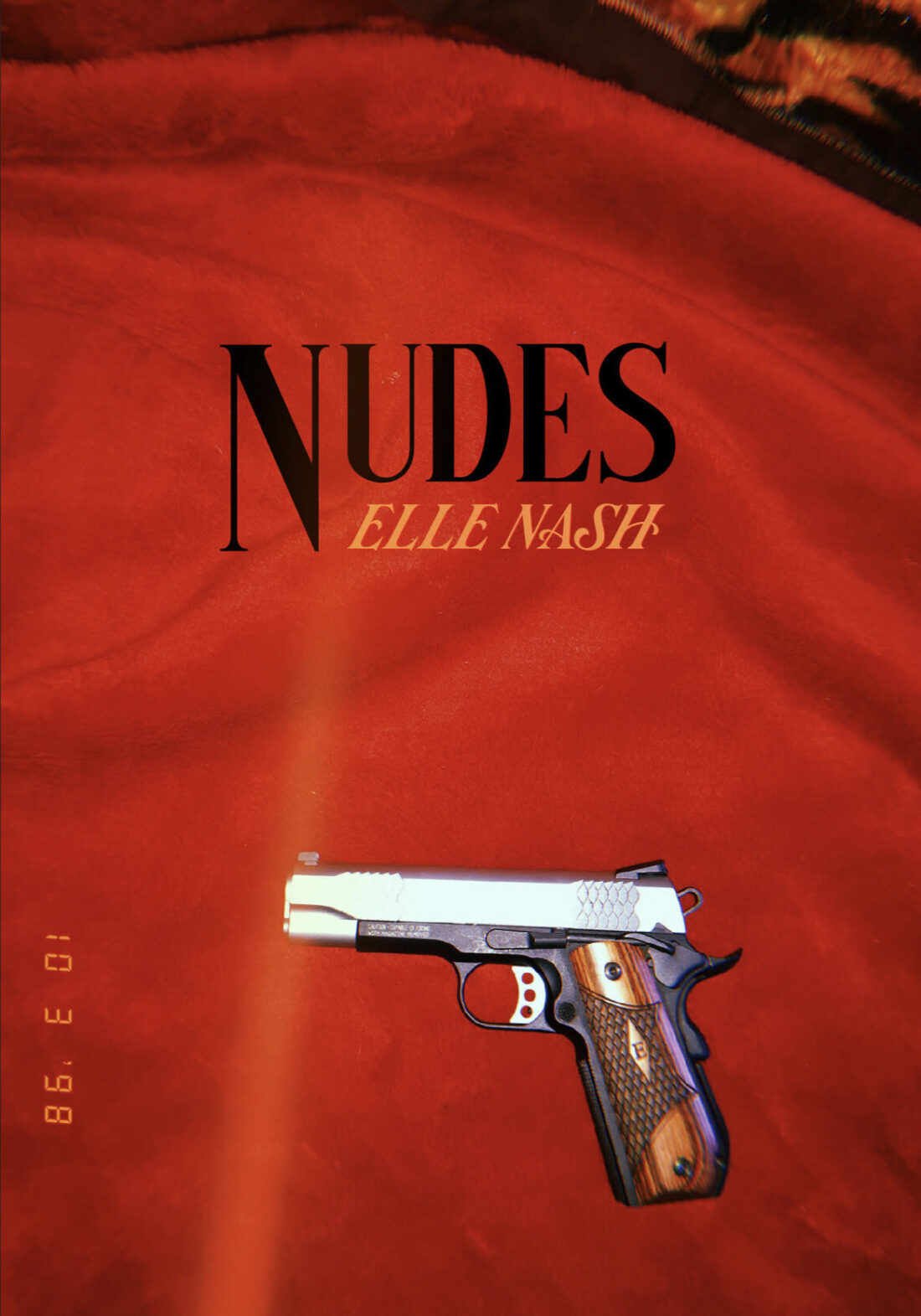 ​​​​I FELT SMALL INSIDE MYSELF: A REVIEW OF ELLE NASH’S NUDES

I saw Elle Nash read at KGB on a Friday night. The East Village bar was packed with the usual suspects: friends of the author, aspiring writers, literary socialites, and some bearded guy offering ketamine to strangers. People lightly conversed in the apprehensive way of Post-Quarantine socializing, surrounded by propaganda posters and Soviet paintings.

Elle’s reading was my favorite of the night. She read an excerpt from an as-of-yet unpublished novel about murdering a cat while wearing black angel wings. The story was beautiful. I bought her latest story collection, Nudes, later that week.

Early on in the collection, there’s a Lydia Davis-esque one-page story titled “Joan Jumps into the Sea.” The story encapsulates what makes Nash such a strong prose writer: namely her imagery.

Let’s look at the story in its entirety:

“A small child can swim through the veins of a blue whale. This was how I swam to you. They told me you were lost to combat, but I knew you were a fighter. On the third day of your absence, I walked to the edge of the wooden world, raised my hands to the sky and plunged into the water. A blue whale swallowed me in one gulp. Through each vaulted vein I swam, hurtled toward the canyon of her chest. With each long breath I crawled out and into the dark blue, squeezed around the corner of a ventricle, and pressed a restless hand, pale against the muted walls of meat. In the middle of the whale was a pulsing city with flesh that gave way like sand. It was there I found you, past the veins. In the canyon of a heart that wasn’t yours.”

Our protagonist swims inwards towards the chest of a blue whale. In the middle, she finds a pulsing city. In this city, she finds “you,” in a heart that wasn’t yours. This little story could be read as poetic niceties, some pretty images stuck together. But look closer. You’ll see everything to come in the following stories.  Obsession, desire, bodies, absence. All tightly packed into one paragraph.

In the title story, Nudes, our protagonist is engaged to a Camille Paglia-quoting alcoholic. She spends her days taking Xanax and sending pictures of her paintings to her neighbor Thomas, whom she projects various sexual fantasies onto. The paintings she sends, altered nudes of herself, are “interpretations of the body I wished I could have. Fake breasts, plump cheeks, horrific veneers. Markers of status. A populist beauty that was egalitarian because it could be bought…” She wants to have the affair, she desires someone else, but she can’t bring herself to send actual nudes to Thomas, she needs to send altered versions of herself.

While she can’t denounce the desire or the lack on which it is predicated, in the end she meets Thomas at a party and goes home with him. What happens is key to understanding Nash’s strength as a storyteller, as a receptacle of the human condition. Reality disappoints. Thomas seems bored, the narrator feels small inside herself before blacking out and waking up alone in a room that smells of cat food.

Each character in this collection is lacking, they have a hole inside and aren’t sure how to fill it. Nash’s style carries the general malaise and disconnection of Marie Calloway’s work, but it’s darker, more sadistic. There’s a stylistic nod to early Mumblecore films (think Bujalski’s Funny Ha Ha or Mutual Appreciation) in the suburban homes and run-down apartments populating the book. It feels strange listing literary antecedents because while the work obviously owes a debt to 2010s Tumblr and the Alt-lit of yesteryear, Nash’s style is entirely her own.

The strongest story in the collection is “Thank You, Lauren Greenfield.” In it, Nash writes: “Some of my earliest memories are of feeling bad. In third grade, the teacher passed around batteries for a science experiment. I don’t remember the science experiment. It seemed like we were all going to do the same thing, but the batteries being handed out were a mix of 9-Volt and smaller, double-A batteries. I got the smaller batteries and cried because it seemed as though I was being singled out.” There’s a dread of recursive thought patterns, always heading inward, towards the self. Always another wormhole to be burrowed, no way out.

She watches the documentary Thin and begins going to AA. She labels her addiction late capitalist bulimia, where she “purchases many things quickly and then almost immediately regret(s) having consumed these things.” When she sends a version of the story we’re reading to a friend, the friend claims she is overly interested in identifying as an addict. Maybe if she enters recovery, she can give away this wounding sense of obsession.

The story, beautifully, never resolves a thing. It ends on discovering the twin from the documentary Thin becomes a counselor at an eating disorder recovery clinic. She is, of course, wearing a fitted dress on her thin body in the photo.

The concrete and existential exist side by side in these stories. Sometimes, the directness of a line hits me like a brick and I need to lie down.

1. “One of the symptoms of borderline personality disorder is ‘chronic emptiness.’ I learned this because I was typing the phrase “I feel dead inside” into google every other day to find a way to fix myself.”

3. “It’s graceful, the way a wasp flies. They look like little fairies when the light reflects right, wings like gossamer, dainty legs.”