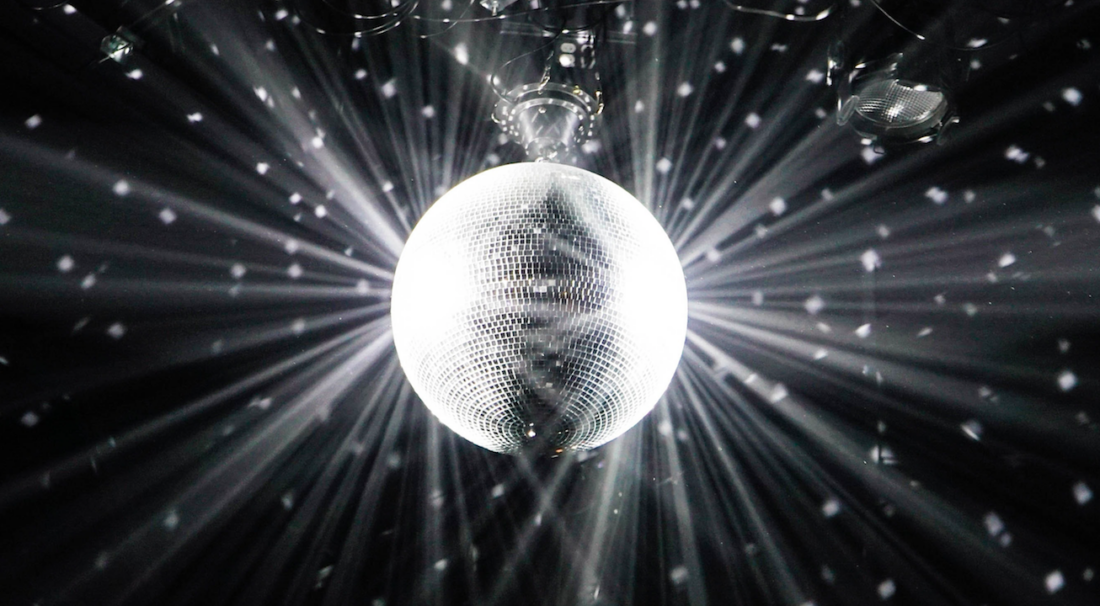 You were TDY in Kuwait last summer. Should have come home in the middle of September, but then 9/11 happened. Stuck in the desert for five more months. Now, every Sunday since you got back, they try to get you out. Get you to the strip club when it opens for church. Burger, fries, and a beer for five bucks. Come worship at the altar of pussy, they say.

You always resist. “Sunday morning at a strip club? I might as well start drinking goat’s blood and tagging pentagrams on every church in town.” A lapsed Baptist you may be, but still, a Baptist.

Waking up after a few hours of sleep, your head is pounding, stomach-churning. You remember the first seven shots of vodka last night, and nothing after. You think about something an old co-worker said about killing a hangover, while he stole sips of whiskey from his flask.

“Hair of the dog that bit you,” Charlie said like you were supposed to know what he meant. You didn’t know then, but now? Now, you’re 22, and wise.

You take a shower to wash the stink off, but as your pores open you smell the liquor and it conjures memories of last night. From the thick sweat on your forearms, you remember that you drank one, maybe two or three, bottles of Olde English. You remember Omar wrestling out in the dirt, with some girl he was at least a foot taller than. All you remember saying is “Let’s get it on!” over and over again.

You get dressed and go out to the kitchen, climbing the counter so you can reach the Crown Royal on top of the cabinet. As you get down, Jim comes out of his room.

“Ced,” he says. You’re not listening, just trying to keep your balance. “Cedric, what are you doing, man? It’s eight in the morning, and we didn’t get back until, like, 4 o’clock. Go back to bed.”

You grab two tumblers from the sink and rinse them out. “Don’t be a pussy,” you say, and start pouring drinks. “We need to get ready for church.”

At about 10 you get in the car but let Jim drive. While you’re still a bit of a novice at the drinking game, he’s been doing it for years, and when you’re driving to a strip club on Sunday morning you need a good drunk driver.

Your Ford Escort wagon pulls into the parking lot and you see Omar and Jon already waiting. They’re sitting on the hood of Jon’s baby-blue ’72 Chevelle SS. Jim rolls to a stop next to them.

“Oh shit, as I live and breathe, Cedric’s been converted,” Jon says.

You walk over and give him a nod, go in for the bro hug with Omar. “The key is to start drinking early,” you say.

“Do you remember yelling at me when I was wrestling that girl?” Omar says. “You kept saying you were Judge Mills Lane or some shit. Who the fuck is Mills Lane?”

“Fuck if I know,” you say, trying to piece it all together.

You sit down at a table and order what the guys have dubbed “holy communion.” A cheeseburger & fries with a light beer. The drinks appear as if out of thin air. When Jon lifts his bottle and proclaims it the blood of Christ you bristle, but the alcohol lets a smile form and a laugh rumbles up from your belly. You tip your bottle and drink the blood of the savior.

This is the usual club for your crew, but you’re a little disoriented. It could be the hair of the dog, or maybe it’s the fact that you went from broad daylight to a club illuminated by blacklight. You look around and see the old guys sitting at the edge of the stage, dollar bills clutched in their hands. You wonder if they’ve got families, or anyone they had to lie to, to be here on a Sunday morning. You’re just glad to be wearing a clean pair of jeans.

The waitress brings out the food and at first bite, you think calling it communion might be selling it short. You know its glory is due to the daytime drunk you’re in the middle of, but still, “this is the best fucking burger in the world,” you say. “Had I known it was so good, I would have sold my soul long ago.” The guys laugh. You can’t believe you said it, but tell yourself this is what living is like, and you can always be forgiven. Hell, aren’t you already?

“Guys,” you say, stifling a burp, “who is that over there?” You direct them with your eyes to a dancer going up on stage.

You press your tongue against the back of your teeth, roll it back and forth, like windshield wipers. The DJ starts playing Lexi’s music. “Every Rose Has Its Thorn” by Poison. Everything is lining up. You sit up straight, tell yourself to be steady. Walk to the edge of the stage. You stand there, as if at attention, impossibly rigid. Lexi comes over and smiles, dances slow as Bret Michaels sings about all the pain he feels, and you pull out a few bills from your pocket. You don’t know what they are. Could be all ones or twenty and a couple tens, you don’t care. She lets her breasts graze your cheeks and nose, and then you slide the bills into her G-string, ask her for a dance when she’s finished. She smiles and you go back to your table.

“What is it about you and that song?” Jim says. “It’s got to be 15 years old, came out when you were in elementary school, but whenever you hear it,” he says, miming like he’s got the chills, “you fall in love.”

“Say what you want about Poison, but that song is fucking sincere, man.”

“Maybe,” Omar says, “but that song’s going to lead you to the welfare line. Love ain’t cheap, but it damn sure don’t cost the fistful of bills you put in her panties.”

“Especially in a place like this,” Jon says. “But dude, I went to high school with that girl. If you get a dance from her, take her private.”

“Didn’t you hear Omar? I’m going broke, man. Can’t afford that shit.” You stand up, extend your bottle, and they join you for a toast. “To all the broke-ass, pussy-loving airmen of the world.”

The last notes fade from CC Deville’s guitar and Lexi walks off stage, heading straight for you. Even though this is a business transaction, you’re more nervous each time. Painfully aware of how drunk you are, you don’t even sit down after your toast.

She comes up on your left side and slides right under your arm, puts her left hand on your chest. “You remember my name,” she says, “I love that.”

You’re a sucker for the cheap sentiment and physical contact. Your knees get a little wobbly. You lean a little closer to her ear. “Maybe we should take this private,” you say. She smiles and moves her hand to your stomach, giving it a soft rub.

“Hey, Lexi,” Jon says. He’s sitting, burger in hand, french fry dangling from his mouth. “Cedric is one of Jim’s boys from the Air Force. He’s our boy, too. He was stuck in the desert on 9/11. Take care of him, okay?”

You’re feeling more self-conscious, more aware of what you’re doing. The Crown you had back at the apartment, the beers you’ve been drinking at the club? Slowly fading away. Lexi takes your hand and walks you back to a private room, nothing in it but one oversized, faux-leather chair. Sensing your lack of stability, she guides you into a sitting position. Your breath gets quicker and you fidget around as a bass line throbs and vibrates the walls.

“You don’t have to be nervous,” Lexi says. She gets in the groove and starts to dance, giving you a full view and then moving in closer.

“I guess we went to high school together,” she says, straddling you now, her hands on your shoulders. “I don’t remember him, but he kept talking about how we had classes together, so I went along with it. He was a good tipper, but now he acts like he deserves a discount.” She pushes on your shoulders and arches her back, breasts at your forehead. They inch down your face, covering your eyes. “You don’t really want to talk about him, do you?” She continues to make her way down.

“We’re not good friends, to be honest,” you say. It will get weird if you talk too much, but you can’t stop. “He made it awkward, with what he said to you. I mean, I don’t expect anything.”

“You know what I like about you military guys?”

Thinking you’re clever, you say, “How we reek of desperation?”

She laughs, “Well, that doesn’t hurt.” She moves her head down your chest. “But you’re clean-shaven. I don’t have to worry about getting scratched by any stubble.” She gets on her knees, hands on your thighs. The effects of the alcohol lessen, and your nerves start to fray.

“Do you do anything else? Not that this isn’t enough, or isn’t legitimate, but—”

“But am I wasting my life dancing, going down on strangers?” Still on her knees, she takes her hands off your thighs. “I’m an econ major. I need to work my way through, and these tips beat the hell out of any I’d make waiting tables.” She tilts her head, arches her eyebrows, and gives you a look that says, Is that enough? Will you shut up now?

She stops you there. “Are you done?”

You nod and close your eyes, slouching in the chair. Her hands back on your thighs, you feel the all-too-familiar shame. “Wait, how about if I do you instead?”

She looks a little confused. “What did you think was going to happen here?”

“You’ll pay more if you want to go down on me,” she says. “You can’t really do that over the clothes. I can hum on your balls without having them in my mouth, but you? You’ll need to get in there.”

“More like something that would happen in a Nic Cage movie. It’s fucking weird,” she says.

“Like Nic Cage?” You think of Con Air and Face/Off, your favorite Nic Cage vehicles. “Yeah, okay.” You get up and she sits in the chair.

“I’m not taking my panties off in this chair, so just pull them to the side.”

“Right, cool.” You try to avoid eye contact and the P.O.D. song “Alive” starts to play. You think it’s an odd song to strip to, but maybe there’s a dancer out there battling something inside her, too. No time to contemplate, though, you’ve got a job to do. You get on the floor, move your left hand to her panties, right hand on her thigh, and lean in. Just another Sunday on your knees.