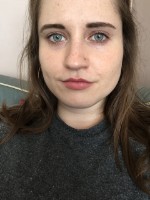 A freelance writer and recent alumna of the MFA program at the University of Montana. Her poetry discusses pop culture, gender, queerness, depression, and probably other topics too. Her chapbook “Something Else Entirely” was released in January 2017 from Dancing Girl Press. She is about to relocate to Brooklyn with her cat Winona Ryder, where she will continue to freelance, wander, and write more poems.

Selected works: “I Am Alive, Skidding”,  [in another version], “October & Pretty Baby Morphthing” 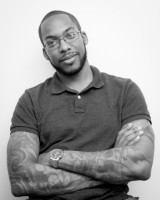 He lives and works in the British Virgin Islands where he heads the Humanities Department at H. Lavity Stoutt Community College. He is the author of the collection Make Us All Islands (Shearsman, 2017), and the novella The Dragon of Samedi. His second collection, GIANT, will be published by Platypus Press in 2018. Aside from writing, co-editing Moko magazine, and spending time with his wife and daughters, he tries to keep up with his favourite comics and has long rambling conversations about film and other things he doesn’t know much about – like quantum physics. 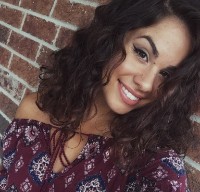 She published her first collection of poetry over at Bottlecap Press in July 2016 titled “How the Heartache Humbled Me”. She wrote it not only to heal her heart, but to find comfort in being vulnerable and honest. She is an undergraduate student at the University of Ottawa studying English Lit with a minor in Religious Studies. When she isn’t writing poetry, Alessia is asking the universe a ton of questions through her tarot cards. She is constantly tracking the phases of the moon, dancing to Stevie Nicks, and making weird little spells at the request of her roommates. Alessia has plans for a new manuscript, but is still deciding on which direction it will take. It will, of course, have something to do with magic.

Selected works: “The Remedies of Rhiannon“, “Dionysus Skips the Party“, “For a Moment, The Lily Pads Are More Capable of Carrying“, “You Are Not A Volcano”