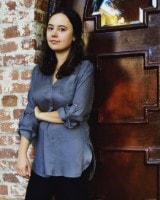 Writer. Actress. Living in Los Angeles. She serves as the youngest judge and panelist for the inaugural CYBILS book awards three years running and spent several years as part of the volunteer team for the award-winning non-profit readergirlz. She has short fiction in various journals including Two Serious Ladies, Hobart, and Noble / Gas Qtrly, and her poetry has appeared in Bone Bouquet, Lavender Review, Vending Machine Press, and Two Hawks Quarterly. If you are going to catch a glimpse of her, it might be at her website, or on the television. 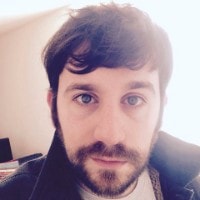 Born on a particularly dull evening in the lower back tattoo of England known as Hereford. His work has been published in Sea Foam Mag, Nauseated Drive, and Picaroon. He worked the foundry to support his writing habit, until the now legendary BBS Writers room finalist of 2010 fiasco got him pitchforked to the nearest train station. What followed was years of sofa surfing and dead end jobs. He is usually putting things on his twitter and instagram. Please read him with an appropriate amount of apathy. 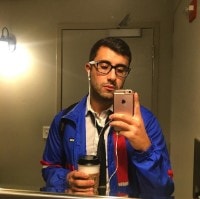 He is a poet and a journalist, partly because he likes to be both academic and creative, but mostly because he can’t make up his mind. He’s spent the last ten years of his life trying to find a way out of Texas, but a few months before getting ready to leave, has decided it’s not so bad after all. Hamze’s long term goals include becoming a foreign correspondent and essayist. He has poems published in Vinyl, Radius, The Offing, and Winter Tangerine. He’s represented Austin in three national poetry competitions, writing and performing work that revolve around ancestry, Arab / Muslim identity, and living in post – 9/11 America. He’s worked for Huffington Post politics, VICE News, and the Houston Chronicle, and plans to freelance in his final college semester before (finally) graduating in May 2017.