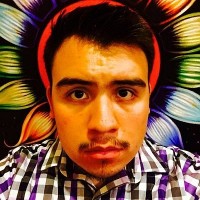 A Latinx homoromantic from an unknown city in Orange County, Ca. They are usually pondering their existence, and are often listening to the latest in indie pop and electronic music in an attempt to be rejuvenated from the anxieties of this world. Much like the rest of us. They are the founder of The Asexual, a literary journal created to provide a space for asexual writers. Their academic work has been accepted for publications as well into conferences at the local and national level. They are also a writer for intersectional LGBTQ+ website, The Queerness, having published articles on topics ranging from hyper-masculinity to queer artists in music. Their work has been recently been published in the first issue of Bombus Press. 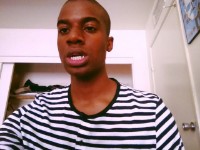 Bird enthusiast. Benign boy. Blckfsh. Always feeling a bit anxious about the bees. He’s an MFA candidate at San Francisco State University. Currently a Poetry Editor of Fourteen Hills, and a Co-Curator of the Velro Graduate Reading Series. He has works published in Nailed Magazine, Vagabond City Lit, The Birds We Piled Loosely, and Wildness, among others. His first full length collection, Cradles, is an examination of identity, home, and hunger it its various forms. It is forthcoming from Nomadic Press in 2017. 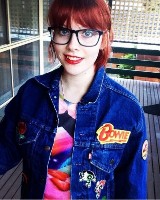 She is a sci-fi spinster whose frightful existence is probably some random number generated. When she isn’t collecting teeth and other biohazards, she’s writing. Though, she has shared words for very few.

This year, she has been published in Literary Orphans, Antipodean Sci Fi, Vending Machine Press, and others. Her writing tends to gravitate towards genres speculative or slipstream in nature, and generally takes on forms as short as her tolerance for unkindness. She loves a little creative nonfiction too, and at some point will likely attempt the star-crossed endeavor of making comic books and/or controversial children’s books. She can be found swooping around the neighborhood in a blanket cape and red lipstick, or on her nifty little website. She does both for the sake of kindness, in any capacity.