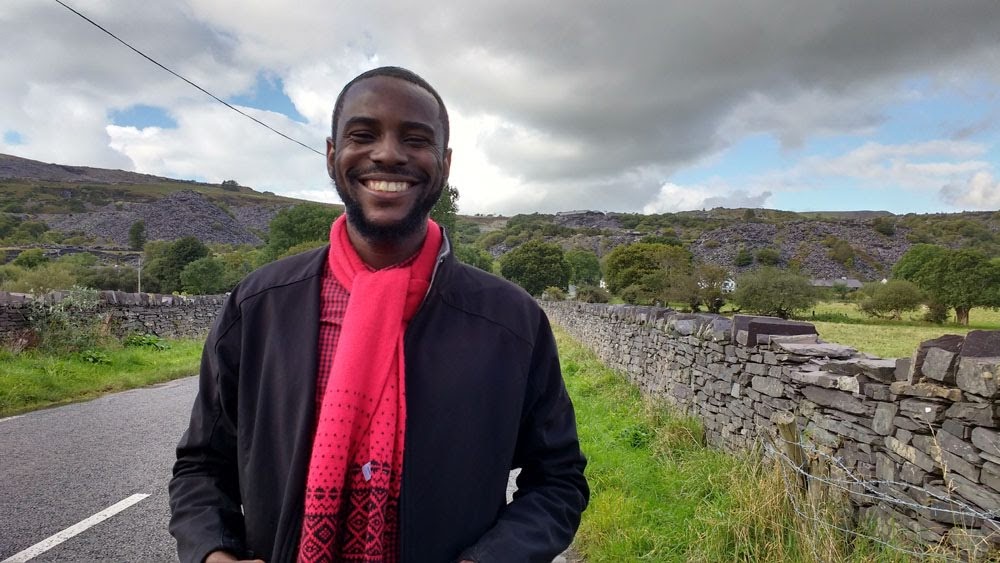 Suyi Davies Okungbowa is a Nigerian author of speculative stories inspired by his West-African origins. Born and raised in Benin City, Nigeria, he now lives between Lagos, Nigeria and Tucson, Arizona, where he teaches undergraduate writing at the University of Arizona while completing his MFA in Creative Writing.
He is the author of the highly-anticipated godpunk novel, David Mogo, Godhunter (Abaddon, 2019). His other shorter stories and essays have appeared internationally (or are forthcoming) in periodicals like Tor.com, Nightmare Magazine, Strange Horizons, Fireside Magazine, Podcastle, The Dark Magazine and anthologies like A World of Horror (Dark Moon Books, 2018) and People of Colour Destroy Science Fiction (Lightspeed/John Joseph Adams, 2017). WIRED referred to him as “one of the most promising new voices in the coterie of African SFF writers.” His work examines middleness in the form of minorities–in real or speculative variations–caught in the crevices between the traditional, modern and futuristic requirements of history, identity, community and belonging.
He is currently at work on a secondary-world fantasy novel set in an amalgam of 15th-Century West African empires. Outside of writing, he boxes leisurely, plays and watches soccer and video games. He never names favourite authors because he knows this is a trap. On his bedside table, currently, are: Salvage the Bones by Jesmyn Ward, The Poppy War by R.F. Kuang and Empire of Sand by Tasha Suri.
Selected Publications:
David Mogo, Godhunter (Abaddon, July 2019)
“The Haunting of 13 Olúwo Street” (Fireside Magazine, October 2019)
“’Post’ for Whom? Examining the Socioeconomics of a Post-Apocalypse” (Strange Horizons, July 2019)
“Dune Song” (Apex Magazine #120, May 2019)
“The Secret Life Of The Unclaimed“ (A World of Horror, Dark Moon Books, September 2018)
Other important links:
Website: suyidavies.com
Patreon: patreon.com/suyidavies
Instagram: @suyidavies
Facebook (page): suyidavies
Tweet
Share
Share
Reddit
Email
WhatsApp
Pin