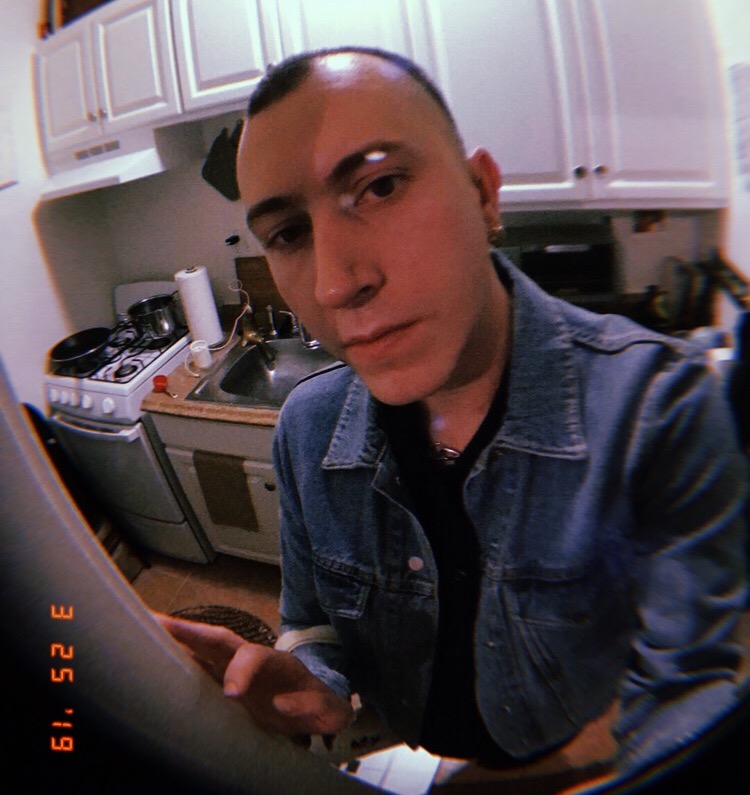 Anthony AW (he/they) is a Los Angeles-based writer who mainly focuses on poetry. He identifies as gender non-conforming, & switches between pronouns. In terms of theme, Anthony’s writings often concern topics that surround drinking, isolation, Los Angeles, queer life, & unrequited love, but he wants to lighten up. His works have recently cared deeply about form. He often reinserts his stream-of-consciousness pieces into either created or known forms.

Outside of writing, Anthony works as a server at a popular, busy sushi restaurant. They spend their evenings at bars, supporting the local drag queens, or at home, binging Netflix & playing their Nintendo 3DS. AW recently took to teaching himself Gin Rummy, & started getting more serious about playing billiards. Anthony is interested in branching outside of poetry, & would like to place more attention towards prose-writing, playwriting, screenwriting, & songwriting. Anthony’s first flash fiction will be published by Back Patio Press a few days shy of their birthday.

Currently, Anthony’s preparing to feature at a couple events in Los Angeles this month. He will be performing online in a new reading series called Performance Anxiety, & then featuring at Queer Slam at Akbar (hosted by Tony Soto), & then performing alongside other LA writers thru Influx Collectiv at Beyond Baroque.

Some of their favorite authors are e. e. cummings, Safia Elhillo, Lawrence Ferlinghetti, Frank O’ Hara, Patti Smith, & Ocean Vuong. Currently, Anthony’s flipping thru Chelsea Girls by Eileen Myles on their phone. They’re also trying to keep up with all of the micro-chapbooks from the Ghost City Press Summer Series.

Anthony’s micro-chapbook with Ghost City Press drops on August 13th. It’s a small book of pantoums, & it’s aptly titled Pantoum’d! He also has a zine of selected, published poetry, which is titled Empty Scroll. You can currently purchase the zine on his website for $5 & some change (an–o.tumblr.com). You can also find Anthony on Instagram or social media thru the handle @an__o__