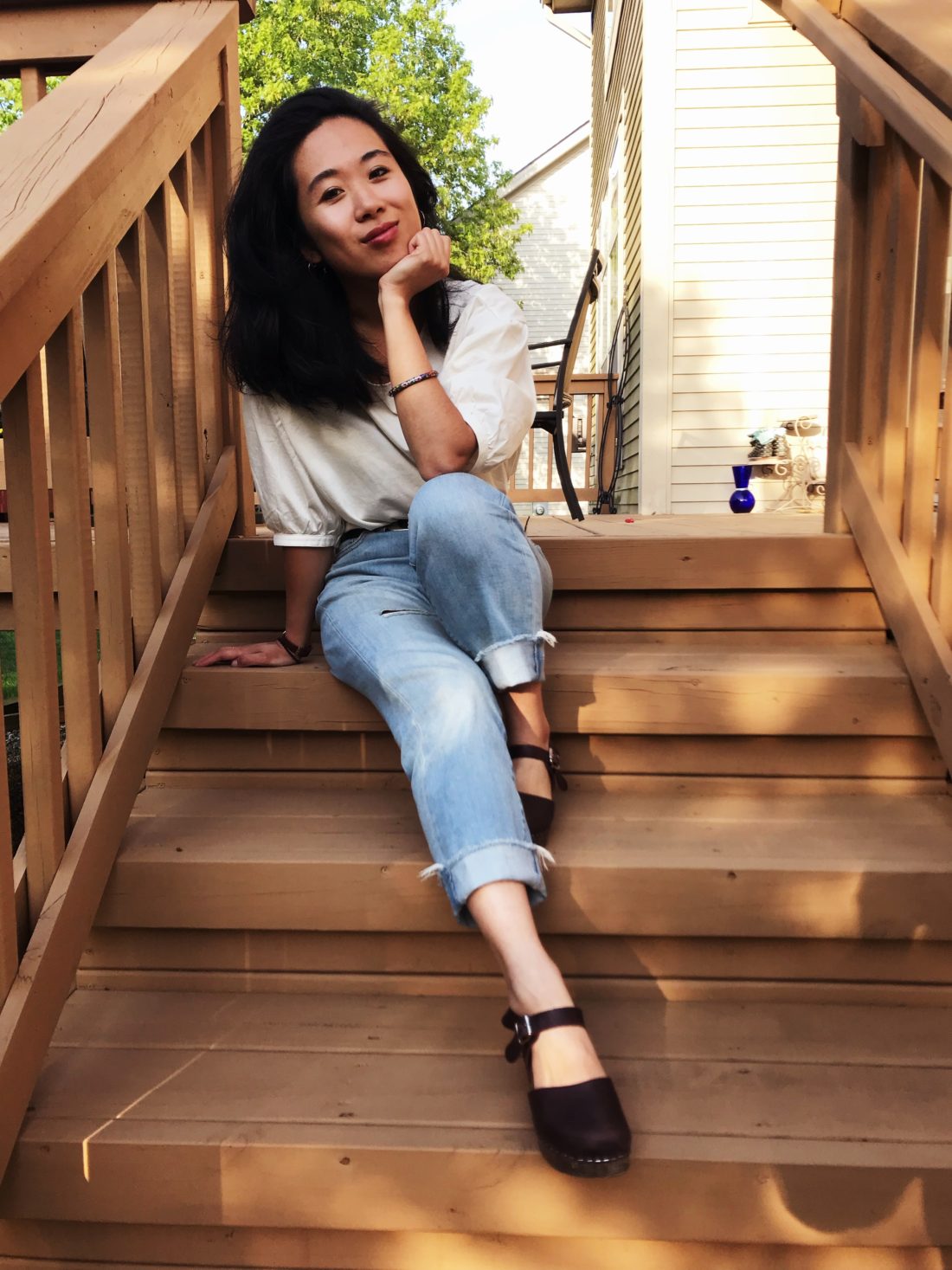 Carlina Duan is a sister, a poet, a friend, a fan of basketballs and sugar. She hails from Michigan, and has taught writing in classrooms across across the state, as well as Malaysia, California, and Tennessee. Carlina is the author of I WORE MY BLACKEST HAIR (Little A, 2017), and the chapbook Here I Go, Torching (National Federation Poetry Societies, 2015). Carlina is the recipient of a Fulbright grant, the Edna Meudt Poetry Award, an Academy of American Poets Prize, and the 1st Place Winner of Narrative Magazine’s 30 Below Contest. Her poems can be found in Black Warrior Review, Tupelo Quarterly, The Margins, and elsewhere. She received her MFA in Poetry from Vanderbilt University, where she served as the Co-Editor-in-Chief of Nashville Review. Carlina is currently a Ph.D. Candidate in the joint program in English & Education at the University of Michigan.
Right now, Carlina is working on a new manuscript of poems that explore moments of speech and speechlessness. These poems investigate linguistic roots, and the specific sociological, political and historical narratives that clip these roots — influencing how language grows, where it travels, how words are uttered, who is capable of speaking them, who dares to imagine such words, and in doing so, who is made possible to inhabit new worlds. Her poems are further obsessed with thinking through currencies of power that may influence the way we speak (or remain silent). She is at work on a mini-series of poems about the legal rhetoric of the Chinese Exclusion Acts, and another about matriarchal lineage. This summer, she is also dreaming up a children’s book about joy with the artist Grace Ludmer, and a collaborative poetry/art zine project with the artist Mai Ta.
A few favorite writers include Aracelis Girmay, Cathy Park Hong, Theresa Cha, Sophie Stid, Adrienne Rich, and Jasmine An.
What’s currently on her bookshelf:
– On Lies, Secrets, and Silence, by Adrienne Rich.
– Come, Thief, by Jane Hirshfield.
– Deep Work, by Cal Newport.
– Severance, by Ling Ma.
Carlina likes to run near bodies of water. She loves her family. She believes in the magic of cracking up.
website: carlinaduan.com
Instagram: earthtocarlina
A few poems:
Tweet
Share
Share
Reddit
Email
WhatsApp
Pin