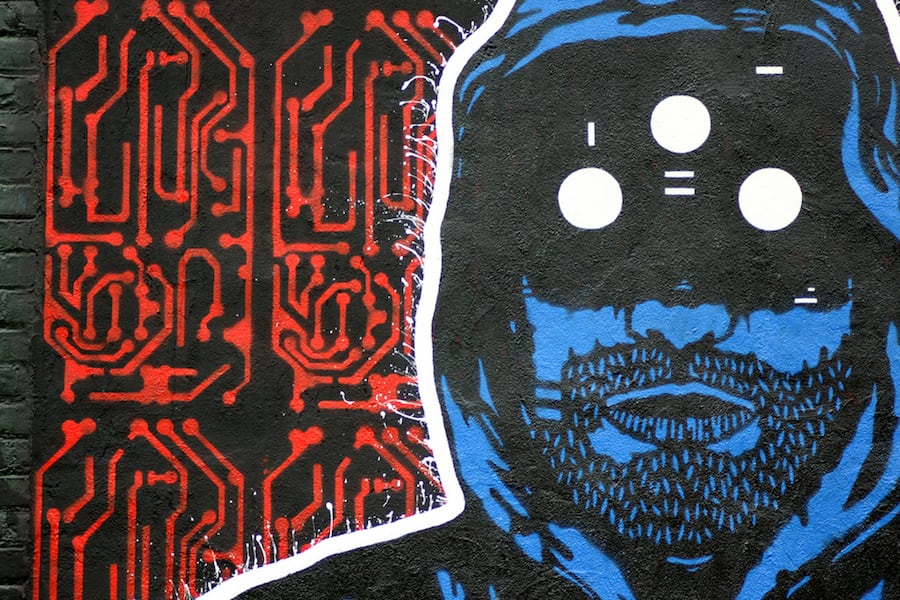 So on a Saturday night, on my way out, I stopped at the rock n roll Ralph’s to buy bananas and oranges. Call it a health kick. They call it the rock n roll Ralph’s because it’s on the still less desirable part of Sunset Boulevard and it’s frequented by the young, hip and pathetic local denizens. As well as the survivors of an earlier time that have dug in. After I checked out, my exit was blocked by an ancient woman standing still. . .although, if you looked at her cheekbones you could see she’d been a great beauty sixty years ago. She was one of the old survivors. Slowly and painfully, she struggled to bend over to pick up a penny on the floor. I cooled my jets and waited. Because I put a stake on being a decent human being. Even though it’s never done me any good in L.A. In fact, it’s cost me a lot. But never mind that. I waited—it was horrible. Because either she desperately needed the money or she’d lost track of the fact that pennies were worthless, now that dollars are lira. Terrible either way. Especially since that might well be me in twenty-five years. If I lasted that long. But that would be then and this is now. So when the way cleared, I blew by her and went to a bar.

Last night I went down to check the mailbox. Well, really, I went down to get another bottle of wine out of the trunk of the car. Hey, it was a Saturday night. Valentine’s Day, as a matter of fact. Anyway, I hadn’t checked the mail in a couple of days. Or left the apartment. Or spoken, for that matter. So, on the whole it seemed like a proactive activity. Outgoing even. And I hit the jackpot—two apparently personal letters. One was a Valentine. From an old friend I’d had a fling with decades ago and hadn’t seen in years. And it warmed the cockles of my black little heart. The other? Actually, it was an offer for a free cremation. That seemed about right.

“Because you don’t have enough money.”

“Because you didn’t make a lot of money.”

“Because you didn’t try hard to.

“Because you didn’t care. So you can’t complain now about not having any.”

Once upon a time in America, Christopher Horton graduated with honors from a too, too, very, very private university. Fortunately, he soon thereafter fell in with evil companions and thus has spent his years in the arts. He has written several screenplays and treatments, some of which were optioned but, alas, not made. His stories have been published in the print anthology “Literary Pasadena”, and online with “Page & Spine” and “Shout Out UK.” He has also written a novel, “The Great Big Book of Bitches—a love story,” which is kind rather than misogynistic. . .and perhaps amusing. (It can be found at greatbigbookofbitches.com.) He lives and writes in Hollywood, which at least sounds romantic.