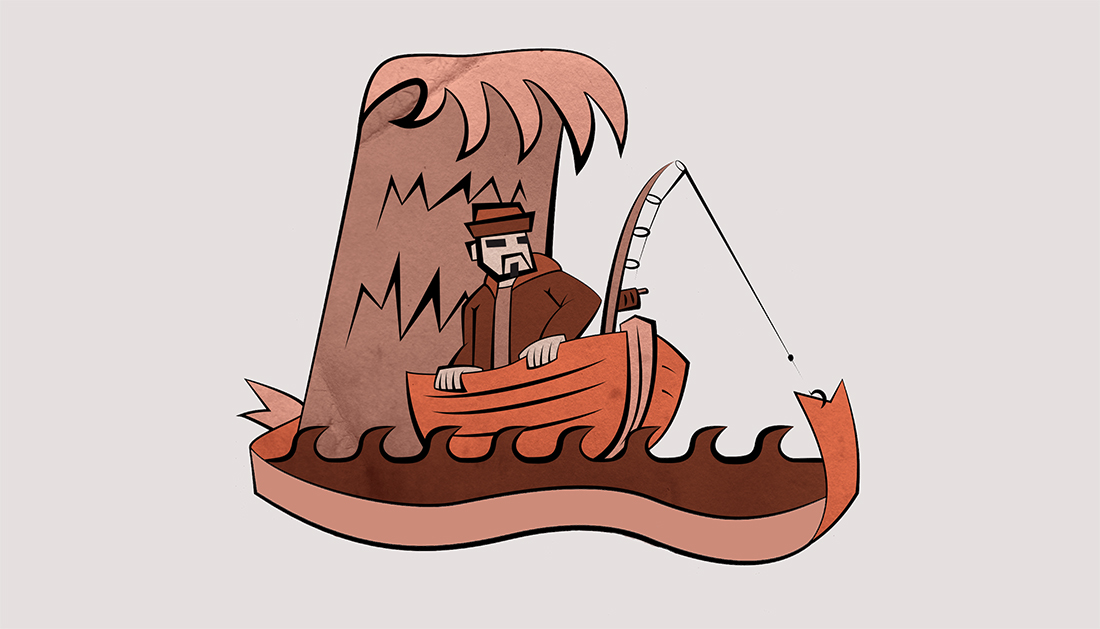 Amidst the sole sound of the water swelling, as the tide would rhythmically crash onto the shore, Captain Maven stood in silence. With his pant legs rolled up his shins, his feet and ankles felt the cool blue. For the past five sunrises, he had been living off the island where he unwillingly took shelter after a storm has caused him to become shipwrecked. His uniform was tattered, his dark brown beard had been filling in his face, and seemingly-permanent dirt had stained various parts of his exposed skin.
He was alone. His eyes were fixed on the sunset, along with the horizon that stretched far past him. The sun was a concoction brewed up in warm hues; an intangible beauty that lingered beyond his fingertips. He was unable to grasp what he so desperately desired.
His eyes would glance around at the wide open space before him. In his periphery, he thought he could see something in the water. Curiosity struck him. He furrowed his eyebrows and squinted.
In the distance, a boat sailed across his line of sight. It was his first contact with anything besides fish since he landed. He needed to get their attention, and before the sun set.
He began to flail his arms and jump up and down, splashing with every landing.
“Hello!” He screamed, as his throat felt drier with each attempt.
The golden hour was almost up. The hues in the sky would soon lose their saturation and Captain Maven would never be seen by his passersby.
He felt indecisive about swimming out to the boat. The water would deepen quickly, and he felt weak; his hunger had never been this insatiable.
He ceased his jumping and screaming. Whoever was on the boat hadn’t seen him yet. He jumped in and began to stroke in a way that he believed consumed the least amount of energy. He was anxious to get out of the water, but he was also aware that slower movements would be beneficial for the entirety of the swim.
Attempts were made to keep the saltwater out of his mouth as he approached the boat, and for the most part, these attempts were successful. The boat was becoming larger as he neared it. The details in the mahogany finish were clearer. However, he wasn’t able to see any passengers.
He reached the vessel and extended an arm to grab onto the siding and rested to catch his breath.
“Hello?!” There wasn’t a response. “Is anybody there?!” His words were lost in the sea.
He pulled himself up and out of the water. His exhales became lighter and lighter as he regained the air that was missing from his lungs.
Lying on his back, his eyes stared at the darkening sky. He wasn’t completely safe yet, but at least he was one step further. The emptiness of the boat had formed an abundance of questions in his head. For now, though, he would rest until morning arrived.

Zach Benard is a contributing editor for ThatLitSite. He is also a filmmaker, writer, photographer, and occasional ukulele player from Massachusetts. He is the creator of several short films and music videos and he has written numerous poems and short stories.