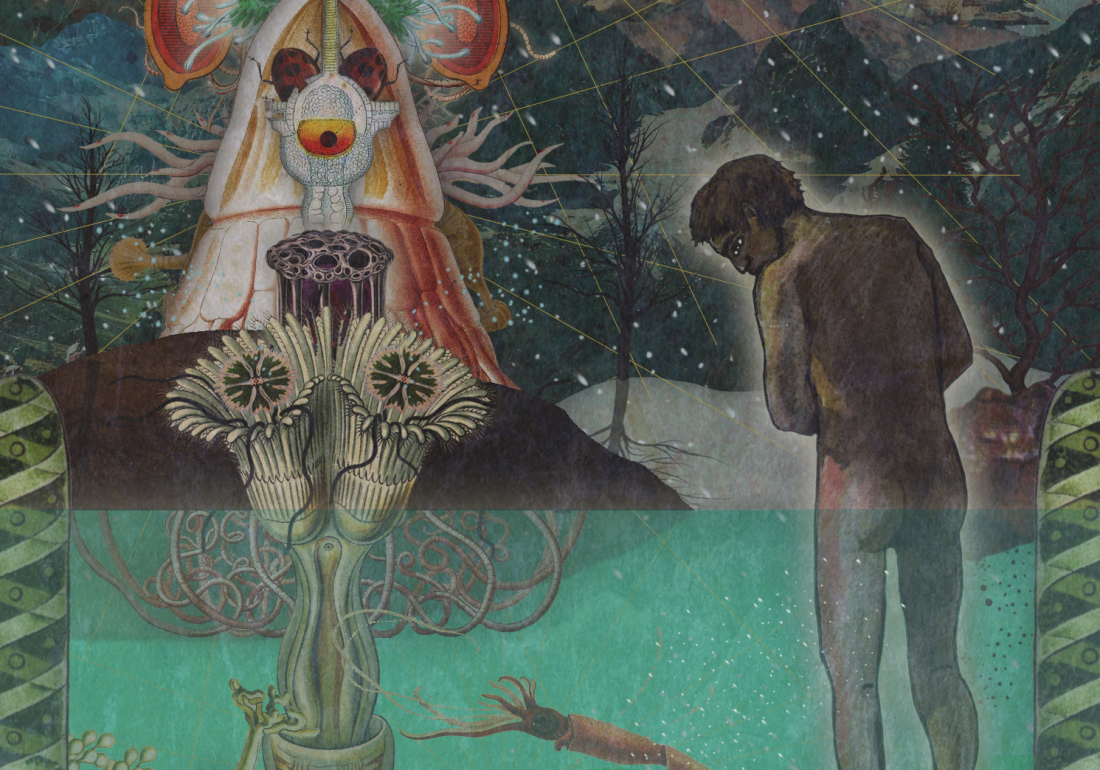 The outcrop of trees across the valley was a catalog of poses and I—sometimes bending to scoop, sometimes standing to breathe—noticed it levitating first. The other beside me clutched his rifle like a man who was hungry but had never been hunting. In bulleted syntax he said Graben. Dig. I wasn’t sure what initiated the culling but after days of foodless observance, the claim that I had destroyed the garden was enough. Things that curve: rays of sunlight through a thermal inversion; a shovel—hefted then swung; a flock of blackbirds playing the sky’s eulogy, inked half notes on cobalt sheet music jostle-weaving across dormant space, slipping down legato slurs, trying to relocate the arc of their origin. In the moments before impact, I heard words from the mouth of my father: our father, who art in heaven—no—if prayers were itemized and reviewed this mightn’t have happened. When the rusted metal made impact with meat then bone there was a loudness that couldn’t be soothed and a squeezing pressure on my temples. He was beginning a half-turn—one hand pointing to the outcrop, one extending backwards, offering a cigarette, his mouth beginning to form the word luftspiegelung—when the shovel caught the corner where his lips met and turned his cheek-skin into flags. The blood geysered on heart-pumps and rippled on the drags, staining the now-collapsed pile of boggy limbs. Undressing the body I was both mother and rib—a wheel on a funeral wagon. The corpse grew heavier when acknowledged. There was time to move the gun—I think—and I touched it more gently than the man. Picturing a bullet blooming as it pressed through my head permitted me the wherewithal to ignore the agencies of guilt and relief warring within my bones. Graben, I thought. Dig. I had no words for the man once he was buried. I lit the cigarette and allowed the smoke to hang over us lazily—the tangible evidence of a whispered act. In the cloth of his uniform I was a new man—or maybe more accurately: a different man. I left the shovel with him—a fresh fossil birthed from mirage—and made my way into the woods before his eyes could muddle and bloat into anchors.

Drew Knapp is a student in DC. He has previously been published in The Citron Review and Thought Catalog and has work forthcoming in Eunoia. He can be reached @THA_GOD_THOTH.