This Version Is Obsolete 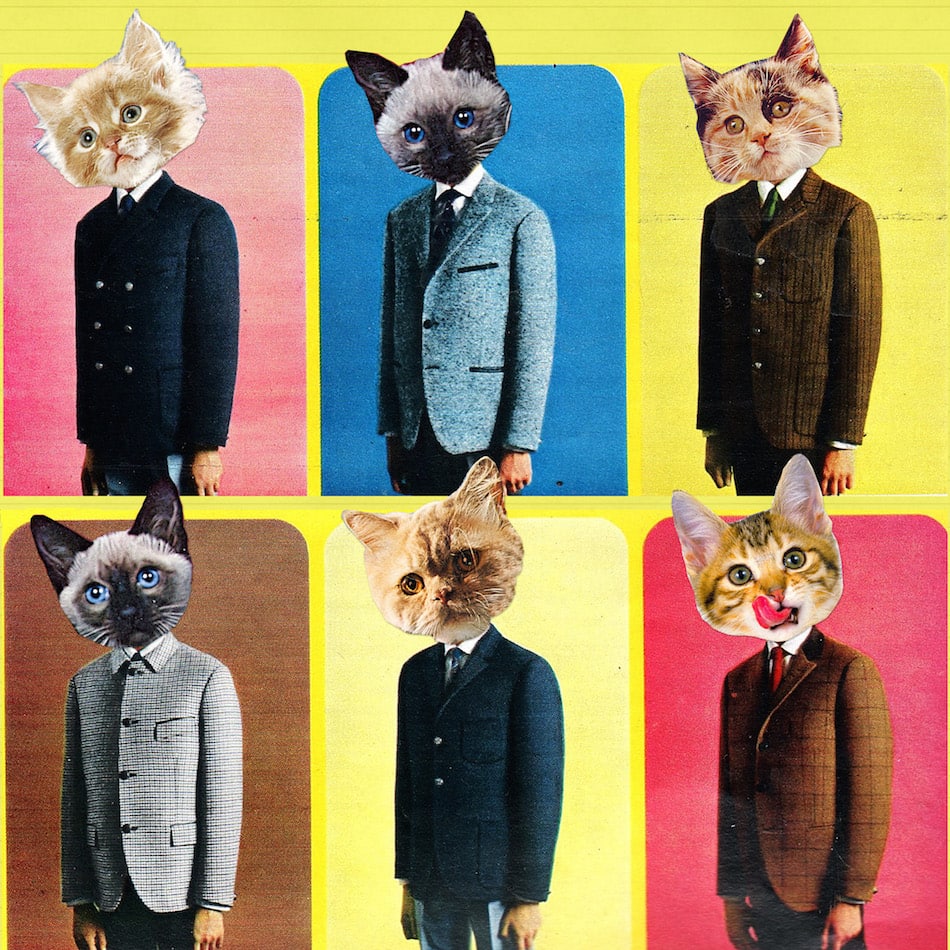 This Version Is Obsolete

The bus deposited Cleo in the parking lot across from the mall. She squinted at the warehouse, flanked by a “Gold Emporium” and an assortment of caged-in public utilities.

Getting here involved two equally inept bus companies, but the rates were cheaper than the curated places downtown. Cleo had moved on enough that the trip was rarely necessary, not enough to make it obsolete.

“It’s a waste of space and mental energy,”Rich, who Cleo had known since high school, told her last night at the bar. “We warehouse our past selves because we cannot accept what we have become and so we” — he did not mean we — “use nostalgia as a safety net when really it’s quicksand. You’ve gotta just let stuff go, Cleo.”

Rich was successful and drunk, and he’d been awkward and overweight until recently. Now he introduced himself as Dick, saying he liked the reaction. But the fear in his eyes when he met someone from the past made it obvious he was trying to kill the person he’d been.

But it was only sad if you thought about it too much, and wasn’t not thinking about it the point?

“It’s sad because it signifies how our entire lives have become currency in the capitalist marketplace,”Anna replied. Anna slept with her boyfriend on an oriental rug and paid rent in cultural capital. “You’re giving up ownership of your own life, Cleo.”

“I think that holding onto the past— at an appropriate distance —is a sign of maturity,” Cleo told them, and herself.

So now she was hungover at a strip mall at 10:30 in the morning. The warehouse was damp with the weather of a few weeks ago and the reception desk gave the impression of very recent occupation.

The elevator opened with a sigh onto a network of hallways, and Cleo wandered until she found her unit. The system welcomed her back in its too-eager way, eliciting resolutions to call home more often:

Hello again, CLEO! Welcome back to SelfStorage! We’ve missed you!

Why are the arms of the future never this open and viselike, she wondered.

Yesterday, three days late, Cleo had finally listened to the voicemail. Come in immediately, it said, like when doctors insist you visit the office to receive the bad news which has just become completely obvious.

We have recognized an invasive threat from within your unit, which may put other customers at risk.

We have put a 72-hour hold on your account. If at the termination of that period, SATURDAY at 11:47 a.m., the vulnerability is still perceived your unit will be liquidated. For details regarding the specifics of said action please refer to your SelfStorage Storer’s Service Manual. Please take all action necessary to avoid the loss of valuable memories. Please note that SelfStorage is unable to assist you (Section 14, NON-INTERFERENCE).

Cleo waited. The halls were empty, the fluorescent lights oblivious. So taking a last gulp of air, she went inside.

The air was electric with particles Cleo couldn’t see. They sent notice of her arrival to a nerve center out west, synapses firing up connections across internet service providers, and Cleo’s inner ear registered a hummingbird frequency.

Then crescendo gave way. And there were suddenly many, many Cleos.

Teenage Cleo walked the room, eyes down, headphones too loud, longing and judgmental. She knew Cleo’s vulnerabilities acutely, being nearest their source. (Last time there had been an unfortunate incident involving a snide assessment of footwear.) A chubby, sallow-skinned version wore a business suit that seemed to grow more ill-fitting with each visit.

Cleo spotted 19, clinically depressed and exercising against the far wall. She was different, though Cleo couldn’t say why.

The most recent version wandered by. She’d been doing a lot of yoga lately.

“Hi!”Yoga threw her arms around Cleo the way you hug someone with a broken rib: Opposing magnetic fields kept them two inches apart. Yoga detached and stared into Cleo’s third eye. “How are you?”she asked, each word standing alone.

Cleo smiled and shivered. It was breezy in the uncanny valley. “I’m good, how are y-”she began, before remembering last time.

“I’m okay?”Yoga said. “There’s a lot happening right now, for me personally? I’ve been reexamining some choices involving my mother –”

“I’m sorry,”Cleo broke in. “About that — it’ll be okay.”She paused. “Mostly.”She considered. “Really it’s about being okay with it not being okay?”This had happened last time, too. Cleo shook her head to clear it. “I need to fix a flaw.”Cleo pointed. “Her.”

“Have you noticed anything weird about her?”

“Anything about 19? Yeah, something’s definitely,”Yoga stepped closer, “off.”

“Are you calling her fat?”Cleo asked, indignant except she actually wanted to know.

As Cleo turned away, Yoga called out: “Oh! She’s frozen!”But when Cleo looked back there was just an away message, scattering like skywriting.

19 squatted against the wall.

“Hello,”Cleo said gently, like talking to a deer. “How are you?”

“Oh!”Cleo said, surprised at this degree of self-awareness but also relieved.“I heard. Do you know what the, uh, matter, is?”

“Yes,”Cleo said, feigning calm and wiping her hand on her pants. “Yes. That seems true!”

Of course you are, Cleo thought, maybe eat a sandwich.

“Right,”Cleo said instead, as 19 began to stretch her calves. “I guess we should —”but as 19 leaned against the wall her left arm continued through the cinderblock, stopping halfway up her forearm.

Around them a cloud of Cleos quickly condensed.

“What are you doing?”Cleo yelled at 19. “Don’t do that!”In a characteristic reaction, 15 (who spent all her time online researching extension projects with Encarta) ran to the opposite corner of the room.

19 seemed a little high. “It pulled me through! Oh my god, guys, it feels amazing.”

But Cleo knew you were meant to experience your own past, no one else’s. 19’s hand should have been dangling (also: mangled, bleeding) in an empty room.

Pulling did nothing. The others stood there, unable to help. “Push me through!”19 begged Cleo.

“You know what to do, right?” said cleopatronus451 with a smile a few degrees removed from panic. Cleo knew panic would overtake her present self, too, if she didn’t act.

It was only uncomfortable until the wall gave way and Cleo’s hand slipped through what felt like wet sand. With a pop her fingers emerged into a breeze. Sun.

It was delightful, but when Cleo turned to smile at the others their relief brought her back. With a gentle tug she freed her hand. A chunk of the wall came with her, hitting the ground with the squelch of a dropped heart in the OR. She pulled at the edges of the hole she’d created, and the wall came away easily until Cleo got to the the arm. There the material clung like a leech.

“Just let me go through!”19 protested.

“You will get hurt,”Cleo grunted.

Finally 19 was free, and they all leaned forward. As she looked through Cleo realized she’d been doing it all wrong. There was sun on her face.

She put her hand to the edge and brushed curlicued vines. In the distance the branches of an oak tree stretched like open arms and Cleo heard birds. And beneath the tree, two dozen versions of Cleo’s college boyfriend.

Then she was shoved down by 19, who lunged toward the hole. But Cleo grabbed her ankles and slammed her to the floor.

The weakened wall pulled apart quickly now. Cleo walked through onto short golden grass, then turned back to wave.

She only saw 19. Behind her the others watched as inside Cleo’s storage unit iridescent tile spread across the walls and a fountain rose from a stone nautilus.

Cleo walked into something.

Cleo wanted to sound angry and cool but she also really wanted to know. “Um, what is up?”she said. “Why are you here, Steven?”

“Well,”he said, really thinking about it. “I’m hanging out at my storage unit. Why are you here, Cleo? Did you just rip a hole in the wall?”He was genuinely curious. The air smelled good, like sport deodorant.

“Your memories seem a little clingy.”She looked past him to the drum circle, and cocked her head. “Do you hang out here a lot?”

“Once a week? But wow. I’m really sorry if I’ve broken anything.”

My heart, she wanted to scream. “My program is broken. If I don’t fix it SelfStorage is going to destroy everything.”

“Wow,”he shook his head slowly. “What’s wrong with it?”

Cleo frowned. “They’re becoming real. One is. Maybe that happens?”

“Well,”Cleo said. “I guess this explains it.”He probably thought she’d been creating shrines to him. “It’s these shitty old storage centers,”she said, waving her hand at the bucolic paradise that had sprung forth from discarded IMs and ghost town chat rooms. “Weird that you got the unit next door, though.”

“Actually, it’s not,”he said. “Don’t you remember? You referred me, and you got a discount.”

Oh god, Cleo thought: He hadn’t changed at all. “You need to move!”she shouted at him, startling herself.

“What? Why?”Steven took a step away, panicked. “I have three more years on my lease!”

“Fine!”Annoyance steeled Cleo’s resolve. “I’ll do it! As usual!”

She’d call the management company, relocate to the far end of the warehouse. Far end of the world. Cleo could hear an occasional gong as she started back across the grass, and then Steven called out.

“Um!”Cleo yelled. “Thanks! You, too! I guess!”The Stevens were static.

The gong got louder and Cleo looked at her watch. Shit, she thought, and started running.

“How was he?”19 asked when Cleo tripped through.

In response she slapped 19, hard, hoping something had been altered. But 19 just yelped.

“Whatever, I’ve totally moved on,”19 said, stretching to get a view of Steven.

“No you haven’t!”Cleo looked at her with recognition, but she was no longer able to call up the same desperation and desire. It made her a little sad, but she grabbed 19 and began to drag her. There was no time left.

“Stop!”19 waved at the others but they were too busy gathering avocados from newly sprouting trees. Cleo and 19 reached the door. The light in the hallway was awful, yellow and throbbing.

“Do you see that?”Cleo asked, pointing. “If you don’t stop, if you don’t let him go, you have to go there. And you will die!”Maybe she would live, Cleo thought, what did she know. Living would be worse. “Is that what you want?”Gong, gong.

Cleo pulled her younger self close. “We’ll be okay,”she said. “Not now. Someday.”19 snuffled into her shoulder, and nodded once more.

With the smallest charge that left a metallic taste in her mouth, Cleo’s arms rose, settling on a warm buffer of electricity and time. The gong stopped.

“Yeah,”Cleo said, her voice very tired. “Good luck.”In the corner 13 braided her hair, not yet dyed a tragic maroon, into a style stuck forever in its own feedback loop.

Cleo stepped into the hall, testing the door was locked. When she turned to go she found Steven standing there.

“Sorry!”He frowned.“I’m sorry. I wanted to see if you were okay.”

He nodded. They stared at each other, then Steven laughed. “Walk me out?”

“I’ll let maintenance know about the hole,”she said as they walked.

“Thanks,”Steven said. “Sorry about all that.”

“Me too.”They reached the elevator.

“They’re not going anywhere, right?”Cleo asked, gesturing back where they’d come from. “They’ll be okay?”

He smiled as the elevator door opened. “Don’t worry. Nothing ever really ends.”

Alex Sharp is a writer living in Charleston, South Carolina, by way of Brooklyn, by way of New Jersey.