There’s a McDonalds at the Bottom of the Sea 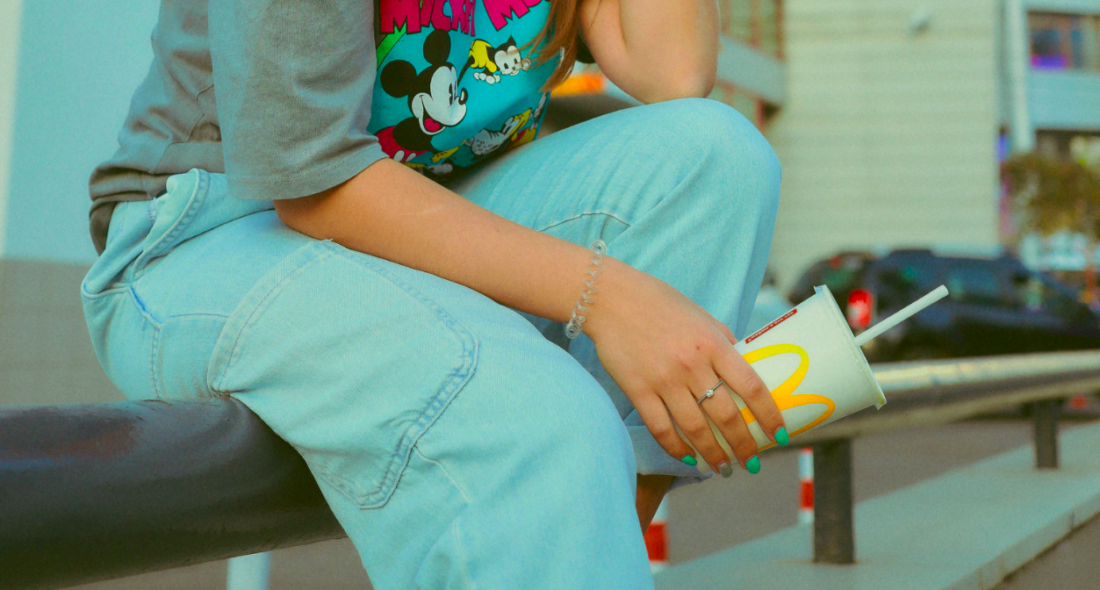 I know because I’ve been there. I woke up around three AM, hungry for a Big Mac. You see, by the sea, there are no McDonalds. There are only cedar shake houses and desolate stretches of land. Near the end of the bay, on a rocky outcropping, there’s a scattering of tide pools—alive with sea anemones that suck at your fingertips and little fish living in little worlds with little crabs. But no McDonalds.

You said there was nothing at the bottom of the sea. Only darkness and pressure. On the surface the sea is buoyant and playful, you said. But at the bottom, it presses like the universe is leaning on you. Dark matter. You said it was really heavy. You said I’ve never even been down there, how could there be a McDonalds. I can’t explain how I knew. Sometimes a hunger is too strong to be denied, and it has its own compass and its own heart, and it takes itself on its own journey. My hunger became its own hero.

The night was eerily bright. I thought of Moonlight Sonata by Beethoven and whistled it as I waded in. The water was cool and brisk. The waves lapped at my thighs, then my waist, my chest, and my neck. I took one last breath because it is a long way down to the bottom of the sea. There is no air down there.

As I sank to the bottom my ears popped. My feet found their place on the sandy bottom. I opened my eyes as the moonlight trickled through. It was beautiful. I told you that I would bring you back two Big Macs. I said the words and they came out as bubbles, and when the bubbles reached the surface, they popped and released the sound. I know you heard what I said—even if you were asleep.

I walked past the kelp forests and through a deep trench. That was the way to McDonalds. I became so hungry on my way down that I grabbed a crab and snapped off a piece of its shell to satisfy my hunger. Gretel, from Hansel and Gretel, survived on only crab shells for quite a long time before she burned that witch alive. Yet the crab shell did little to satisfy me. I tossed the crab away and it skittered along the rocky bottom like a glass spider.

Finally, I reached it. It was glowing like the gates of heaven. Inside I ordered one hundred Big Macs, enough for me, and maybe a few extra for when I got home. I saved you two. The man taking my order smiled and his hair was full of seaweed and his visor was maroon and gold. I loaded the Big Macs into a large bag and set out on my way home. I made it a few steps but decided to eat five big macs before venturing further. It only sparked the intense hunger further. It felt like I’d dropped kerosene into a box of matches. A fire that I could not contain was ignited. Soon I had eaten most of the big macs—the cardboard boxes were scattered across the sand and rocks. An Octopus had to come and clean them up. I was ashamed but still hungry. There were only five Big Macs left. I had promised you two of them, so I only had three left for myself. I decided to have one more before beginning my journey.

Along the way home, I met a whale who said he had no idea there was a McDonalds at the bottom of the sea. I assured him there was and offered to show him the way. He had to go to work and seemed like a good whale, so I gave him one of the Big Macs. He had some trouble with his baleen but once he figured it out, he was very happy for the snack. Now I only had one Big Mac left.

Within the kelp forest, I lost my way. It was like being stuck in that part of the car wash, where the rags drape over you from every angle, and they vacillate and thrum, tuned into a frequency from a different world. Fortunately, I was saved by a four-hundred-pound grouper. He stared at me with shiny, dead eyes and gave me directions. I was so happy. I let him know how long I’d been lost, and he said he was glad to have helped. I knew what had to happen. There were tears in my eyes as I gave him my last Big Mac, but because we were at the bottom of the sea, he could not tell. He thanked me for the snack, and I was on my way.

Back home, I tried not to let the sloshing of my wet sneakers wake you, but they still did. You looked beautiful in your excitement. A McDonalds, at the bottom of the sea? Incredible! It was worth going to bed a little hungry just to see the smile on your face as you ate the last two.

In the morning, I hope you won’t forget what happened.