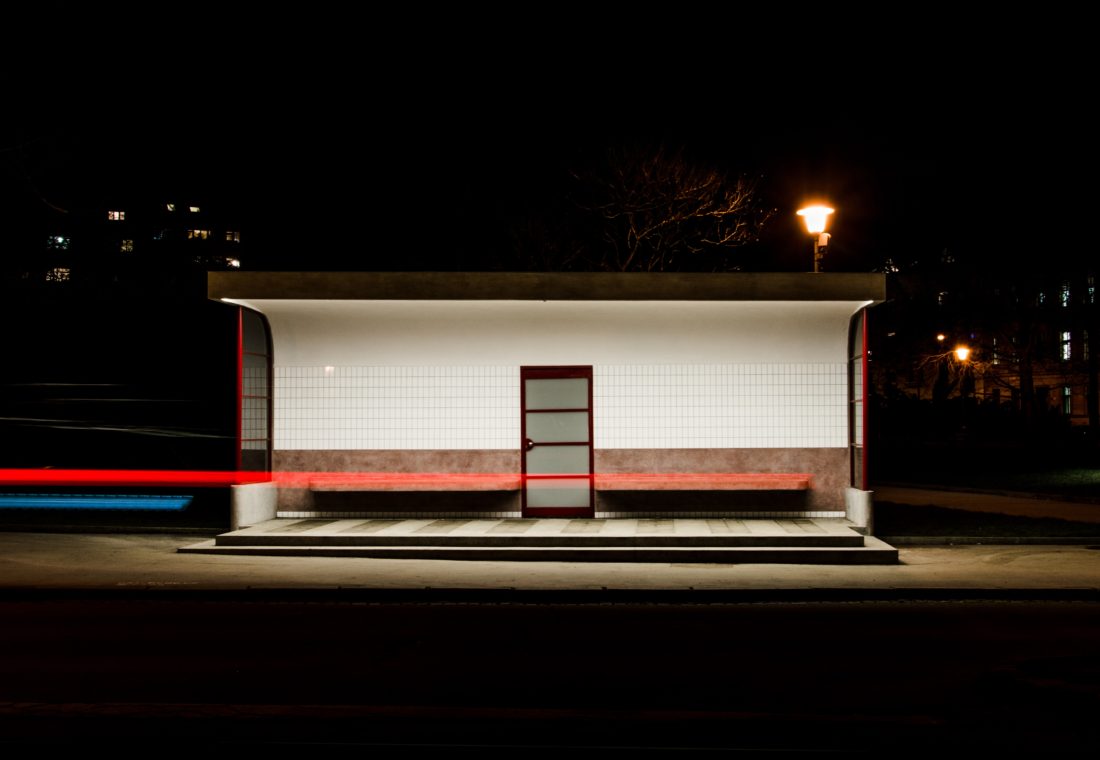 If you want to get depressed, I recommend the Big City bus depot.

There is nowhere better to witness first-hand the ill-effects of broken dreams.

Exhibit A: Last Friday. Ten people waited for the bus. Everyone else was just waiting.

Two off-duty escorts fixed their make-up in the ladies’ room, which, like their lives, was in dire need of maintenance.

One girl was white, brunette- the Girl-Next-Door who left home and never looked back.

The second was Korean w/ a blonde wig- the promising talent who broke so many promises.

They had that look: hard-working, hard done by, and just plain hard.

“Where you going?” asked the brunette after perfecting her lips.

“Anywhere.” the blonde curled her lashes. “Soon as that ticket guy gets off his break, I’m gonna tell him, “Anywhere-But-Here, and step on it.””

“Yeah.” Eden was busy mourning her lack of a straightener. “I’m sure he’ll be back any minute.”

Faces safely hidden, they were free to introduce themselves.

(Lolita used her work name, so Eden did too. It was an act of solidarity, and distance.)

“Want to get some air?” Lolita had one last look at her wig.

Outside, the stars helped them pretend it was a beautiful night.

“How old do you think I am?” Lolita pretended to be offended.

“So,” Lolita sucked her second smoke, “were you at the game?”

“You could say that.” Eden laughed. “I was one of the girls the team called to help celebrate.”

“I’m serious! I was doing pretty well for myself back then. Man. I’ve never been so high. Not on drugs, but on life. Those boys were so happy I almost cried. They all smelled like champagne. Everything did. They soaked their hotel rooms with it. And by the end of the night, I was soaking too.”

“Looking back, I honestly have no regrets. The bad times were fucking shit, but the good times were great.”

“I’m full of regrets.” Lolita laughed. “But at least I made it. Man. There’s so many nights I wish I could forget. Like that time I came back from Montreal a mess; fyi, boy trouble does not mix well with mental illness. I went home to drop off my bags and heard my roommates talking about uncircumcised dicks. I’ll never forget that. There they were, these spoiled white bitches -no offence- with good heads on their shoulders and good careers ahead of them, pontificating on the pros and cons of foreskin, and there I was, dropped out before I got in, off to psychiatric emergency. Again.”

Eden offered Lolita another light through the darkness. She gratefully accepted.
“When I got to emerg, there was some deaf spaz threatening the receptionist. Then the cunt shoved me, and I just lost it. Man. Most of my regrets involve not punching people who clearly deserved it. I should have wailed on that bitch. Broke down sobbing instead.” She felt the earth beneath her boot. “I don’t even know why I’m thinking about it. So what I’m crazy. Everyone is. How else could we have survived this bullshit.”

“We all have our vices.”

“We all have our reasons.”

“And we all have our stories.”

“Where are you going?”

“Oh.” Eden was glad that the darkness hid her embarrassment. “I haven’t thought that far yet.”

“No worries. Anyone who thinks they know what they’re doing or where they’re headed is even crazier than the rest of us. Anywhere-But-Here, man. Who cares where you end up. All that matters is you have the balls to get up and go.”

“So, are you going to work when you get to… wherever you’re going?”

“Probably.” Lolita shrugged. “I like it. Guarantees there’s someone to cuddle. Helps me afford my meds. What about you?”

“I don’t know. Probably?” Eden shrugged back. “At this point I’m down for anything. I’ve been a cleaner, a server. For a while I was in an assembly line making car parts. But I’ve always come back to sex work. It’s taught me the power of No. And the power of Yes. More importantly, it taught me I don’t have to be scared or safe or care what anybody says.”

“I don’t know if whoring taught you that. But living sure did.”

For a while, the stars spoke for them.

Eden had to ask,
“Why haven’t we given up yet?”

Lolita looked to the sky.
“Hope keeps us going, I guess.”

“Hope that the good times will return?”

“Or that the bad won’t come back.”

“Nah, we’re off track. Everyone knows the odds are against us. Optimism can’t mean crossing your fingers that your cheque will finally come in. Otherwise we’d all be idiots.”

“Maybe. But we’re also resilient. Resilience means we carry on, even if it never gets better.”

“Ha! And all this time I thought I was a pessimist. But I believe life will improve, if you work to improve it. Just you wait, girl. When that bus comes, we’ll get a fresh start.”

At least, not today.