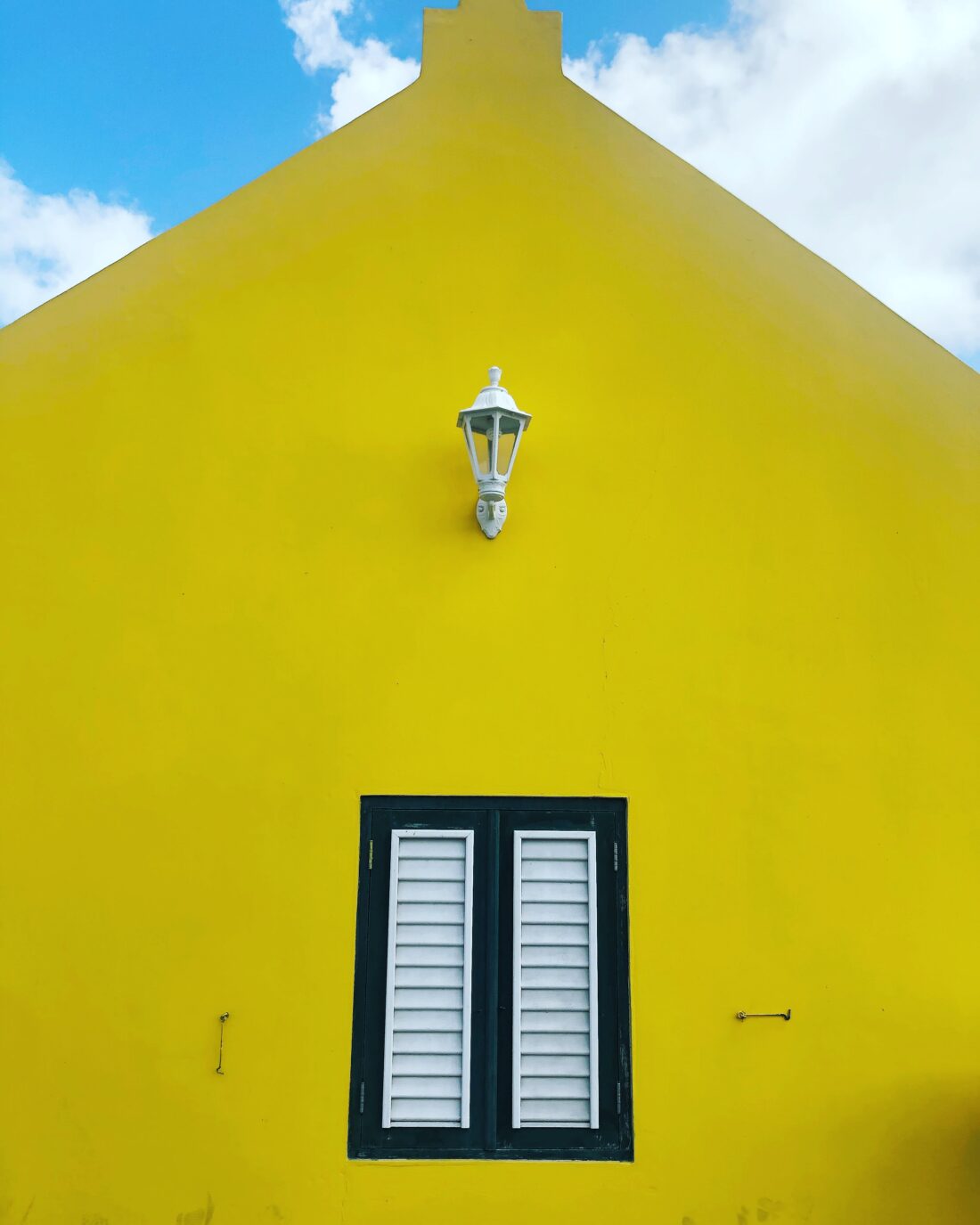 When we arrived in the town everyone looked at us like we were little objects they could tame with their eyes. In those days, we craved approval like a dog wanting to fuck a smaller dog. We went anywhere we could get our hands on. We’d moved to this town three months ago as Delaney’s cousin had a free couch to crash on for an undetermined amount of time which turned into a determined amount of time as soon as he’d experienced our needy personalities. We ate every Brussel sprout and cheese wedge in his fridge.  As soon as he’d brought home a hand of bananas they’d be in our stomachs and after that, in his porcelain toilet bowl. We’d thank him graciously every time we saw him. Lots of kneeling and kissing of feet. “Delaney,” he’d say “your father basically raised me, and I owe him a lot. But you two can’t stay here.” We moved out of his spot and into a government-funded artist house, living with a couple of abstract painters and a poet. The poet would read us lines of his yet-to-be-published poems and we didn’t understand why these lines didn’t rhyme.

Everyone is this town kept to themselves. We tried to make friends with coffeeshop goers and concert attendees and people waiting for the bus, but everyone would look at us with glazed over expressions. Sometimes people wouldn’t even respond to our harmless questions about the weather or where a good to place to get a slice of pizza was. One elderly woman threatened to call the cops on us if we didn’t leave her alone. We told her she was a spiteful, mean person.

One day, after asking a barista what country his beans were purchased in, a tall man in a blue suit approached us. He offered to buy us a cup of coffee. We sat with him and told him about the cousin’s couch and the poet who couldn’t rhyme and the elderly woman taking her anger out on us. The tall man kept shaking his head at every detail.

“Yes, I know how you feel,” he said, “this town can be an unforgiving place. When I first moved out here, my mother died and the landlord evicted my brother and me. We had nowhere to go.”

We shook our heads in disbelief at his bad luck. We couldn’t believe we’d made a new friend, a best friend.

“But that was around the time the Sanctuary reached out to me. I saw a pamphlet and went to a meeting and found myself again.”

We noticed the word protruded from his speech pattern in the strangest way, a lilting effect almost as if to draw attention, so we asked, “the sanctuary?”

“Oh how rude of me, have you seen the yellow house on Eighth and Houston street?”

We had noticed the yellow house on our second day in the town, it’s black windows absorbing the sun like a bath mat after a hot shower.

“Yes, that’s the one,” he said. “It was there I learned to manifest my inner potential. Do you know about potential?”

We had heard the word potential before many times. But we silently agreed that this man was fascinating to listen to, and we wanted him to keep going. We shook our heads in unison.

“Well, potential is what you were put on this earth for. It’s the little acorn inside you that wants to transform into a mature tree. The Sanctuary helped me realize I was a born sculptor, just like dad. Only, I ran from sculpture for the longest time…booze, women, jumping out of planes. And then, I ended up right where I started. In front of a large slab of marble. You two should come by.”

We couldn’t sleep at all that night. We were so excited to have made a friend and such a well-spoken one at that. We drank Diet Cokes and asked one another what our potential was. We weren’t sure.

Morning descended on us, still, bright, as we opened the window curtains, drawing our bodies to their upright positions, buying two coffees with what money we had left and drinking them, very slowly, until our bodies felt like themselves again. On Houston Street waves of light fell, fragmented, and blinded us; and every person we passed made eye contact as if to say you’re making the right choice, until we began to experience a curious feeling which starts in the stomach making its way up the throat: we were walking on an invisible tramline and couldn’t turn back.

Upon arriving at the house, a young plump-nosed boy wearing a boxy suit welcomed us. “Right on time, I love a punctual couple.”

“Thanks. Need to dress for success to be blessed.” At his own rhyme, the boy began laughing hard. We clutched each other in shock, but quickly let go and began laughing along so as not to insult him. The three of us stood there laughing on Houston street for what felt like an obscenely long time.

“Well, come on in. The Sanctuary is lucky to have you,” the boy said.

Inside was a row of unassuming wooden pews. The iconography on the wall wasn’t familiar to us, it looked vaguely like hieroglyphics. At the front of the room, a portrait hung of an old man with a long grey beard. His gaze pierced us in a sharp, discomforting way—the man himself, was as unknown to us as any of the strangers we passed on the way in; yet his presence, in mere oil paint, took root in us, grew downwards, adjacent to our most painful memories, let us feel at home, loved, and as we tried to look around the room to get a feel of it and an understanding, we felt like dumb creatures stuck in an observatory.

“Will he always look at us like that?” we asked the boy, but the boy was nowhere to be found. It was just the two of us behind a row of pews. We walked up to the stain glass windows to examine the artwork and looking outside it was nighttime. We were certain we came at 9 a.m. but we were always making silly mistakes with regards to being late. We must have overslept. But hadn’t the boy complimented us on our punctuality? The little brat, he was being sarcastic.

Just then, the tall man in the blue suit walked out from behind the portrait. “You two, you made it! So glad to see you.”

“Are you wearing the same suit as yesterday? How do you keep it so clean?” we asked.

“Let’s go upstairs. I want to show you some options. I even have a fresh pot of coffee for you two.”

He walked us into an office with a wooden desk, a green swiveling chair, generic Ansel Adams rip-offs adorning the wall, and as promised: a fresh pot of black coffee, but with only two mugs.

“Nice digs, won’t you be having some coffee?” we asked.

“Me, oh no. I can’t drink after 5 pm. Gives me the jitters. I’m a bit upset that you two were so late, but we can move past that.”

“We weren’t late. At least we don’t think we were,” we looked at each other in confusion. “We met the boy out front in the suit at 9 in the morning. And then suddenly, it was nighttime.”

He waved us off and said “there’s no use lying to me. You’ve been lying your whole life. Isn’t that why you’re here? To surrender some of that burden. Aren’t you tired of lying all the time? I just met the two of you yesterday and I’m sick of it.”

We felt angry at him for saying such a thing. But we were sick of lying, it was true. It started, always, as a convenient small thing to make others happy. To hear words leave your mouth you know are untrue and feel the webbed-feet of a turtle stepping on that ocean floor, your inner-world; to be never be sure who you are, or certain that another knows you, for at any time someone could call you out as the liar you are, this constant low-hum of doubt, this self-hatred, which followed us since childhood, had the power to take years off our lives, to cripple us, and make all the pleasure available to others hidden, veiled. We were sick of lying.

He took out a binder full of laminated pages. “We have several options, for all income classes. I would imagine you’ll need the cheapest option. I suggest you live in-house at The Sanctuary for a few months, maybe longer, and we can work out a financial plan that makes everyone happy. You’ve barely touched your coffee,” he smiled his perfect teeth.

“We are just so sick of dreams. Every night. We’re lost in them.”

He took our hands in his, gently. His hands were smooth, too smooth for a man his age dealing with marble all day. He sighed.

“I know you are. I could tell from the moment I met you.”

We looked in his eyes.